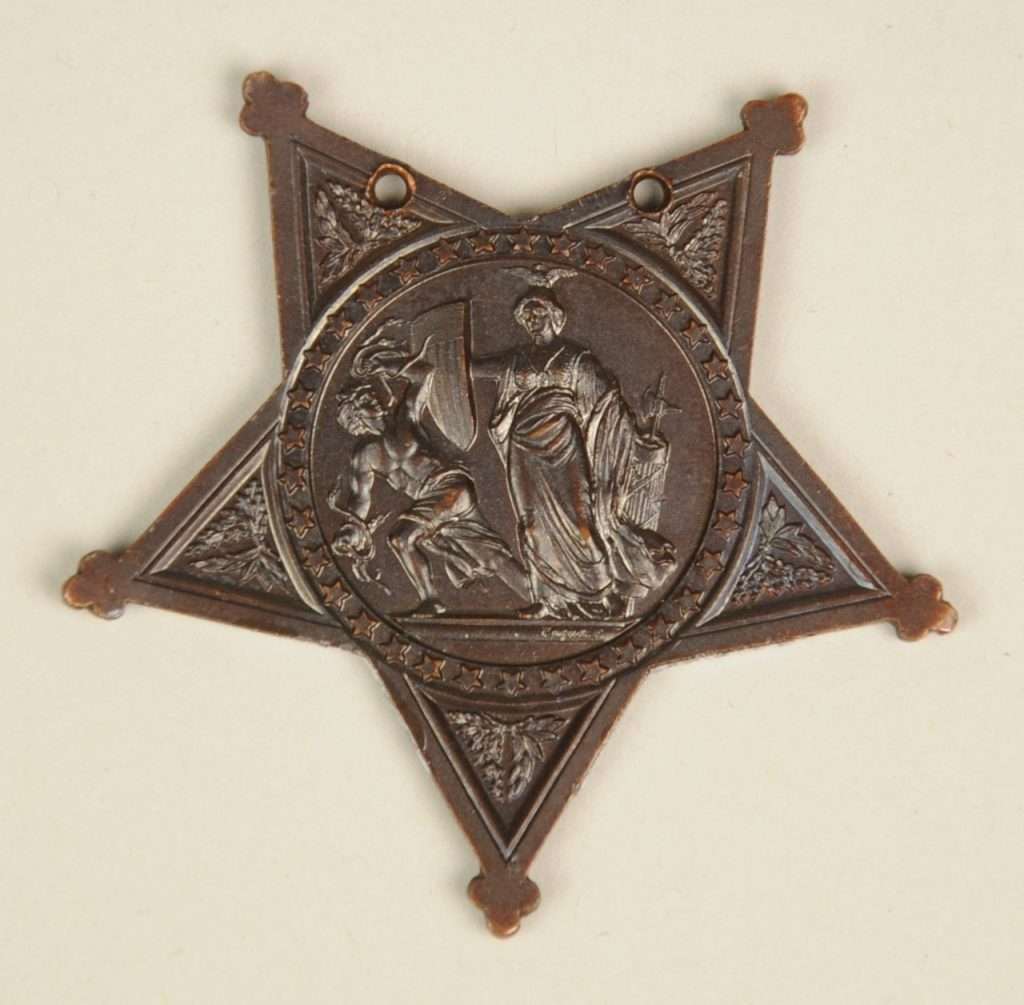 This Medal of Honor, the highest and most prestigious military decoration conferred by the U.S. government, was awarded to a Black seaman named Joachim Pease for his courageous actions during the Civil War. Pease bravely remained at his post loading and reloading a gun on the USS Kearsarge during a fierce battle with the Confederate raider CSS Alabama off the coast of Cherbourg, France, on June 19, 1864. A divisional officer recognized Pease's gallantry under fire and recommended him for the prestigious honor. After the Kearsarge returned to the United States, no records trace Pease's subsequent life.

This five-pointed bronze Medal of Honor depicts Minerva, the Roman goddess of wisdom and warfare, at its center, as she holds off an opponent holding snakes with a shield blazoned with the escutcheon of the United States.