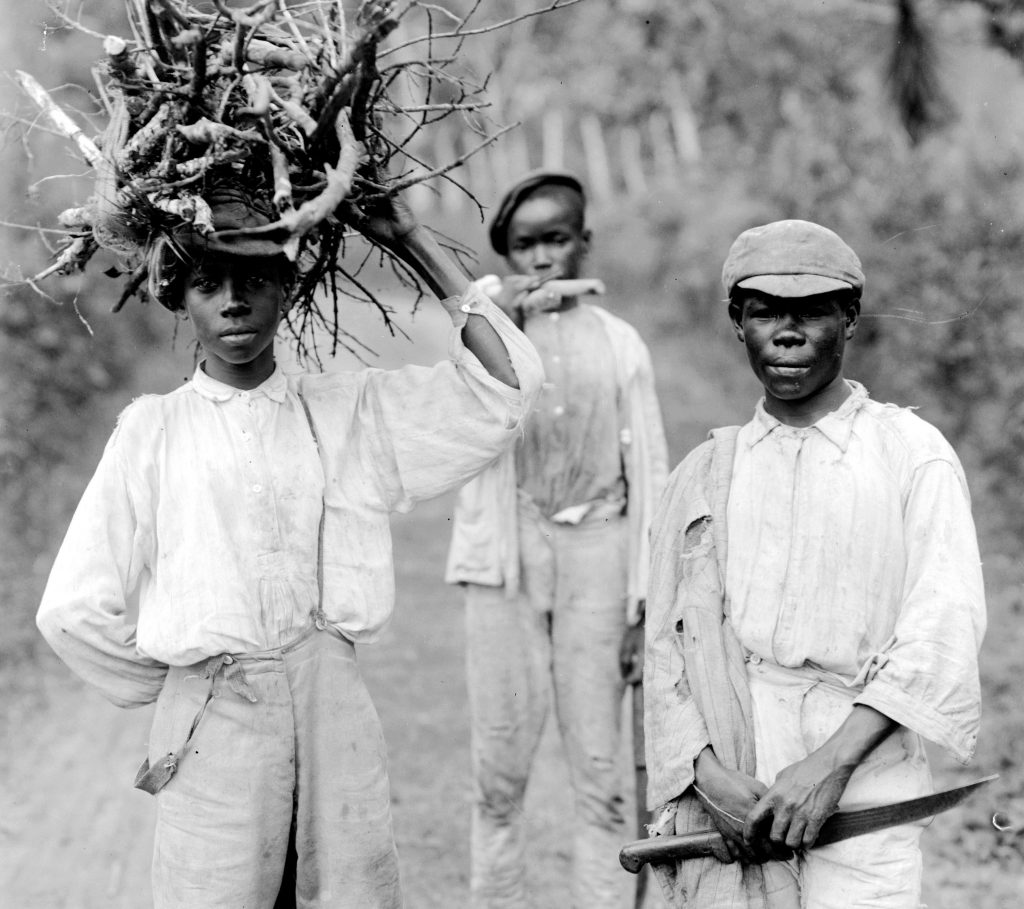 Three maroon adolescents—one holding a pile of wood atop his head, another with a machete in his hand, and a third carrying an unidentified tool on his shoulder—pose for a photograph in Jamaica in 1908. These young people descended from members of grand marronage colonies of self-emancipated slaves who settled in difficult-to-access terrain as far back as the sixteenth century. This image was made by Sir Henry Hamilton Johnston, a British government administrator and anthropologist who took photographs of Africa and the Caribbean at the turn of the twentieth century.