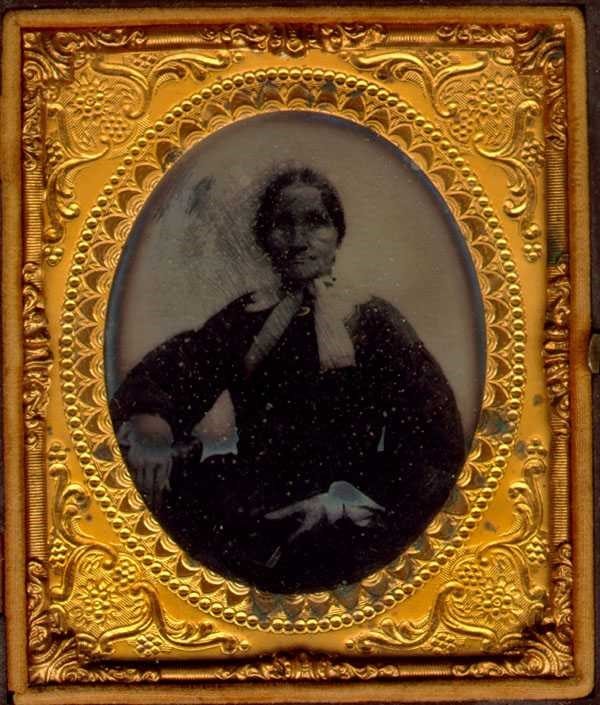 Maria Carter Syphax, a former enslaved house servant at Arlington House, is the subject of this circa 1870 daguerreotype portrait. She was the daughter of George Washington's stepgrandson, George Washington Parke Custis, and an enslaved servant named Arianna (or Airy) Carter. At Arlington House, Maria Carter was forced to serve as a maid to her white half-sister, Mary Custis.

In 1821 Maria Carter was permitted to marry Charles Syphax—an enslaved servant who oversaw the dining room—in the parlor of the mansion. After their marriage, they were forced to continue working in the house in the same capacities—Charles in the dining room, and Maria as Mary Custis's servant. Ten years later Mary Custis wed Robert E. Lee in the same parlor where the enslaved Maria and Charles Syphax had married.

Four years after the Syphax marriage, G. W. P. Custis sold Maria and her two children to Edward Stabler, a Quaker apothecary in Alexandria, in what may have been an arrangement to informally grant Maria Syphax her freedom. For unknown reasons, Maria and her children's freedom was not officially granted until 1845. Her husband, Charles, remained enslaved at Arlington House until December 29, 1862.