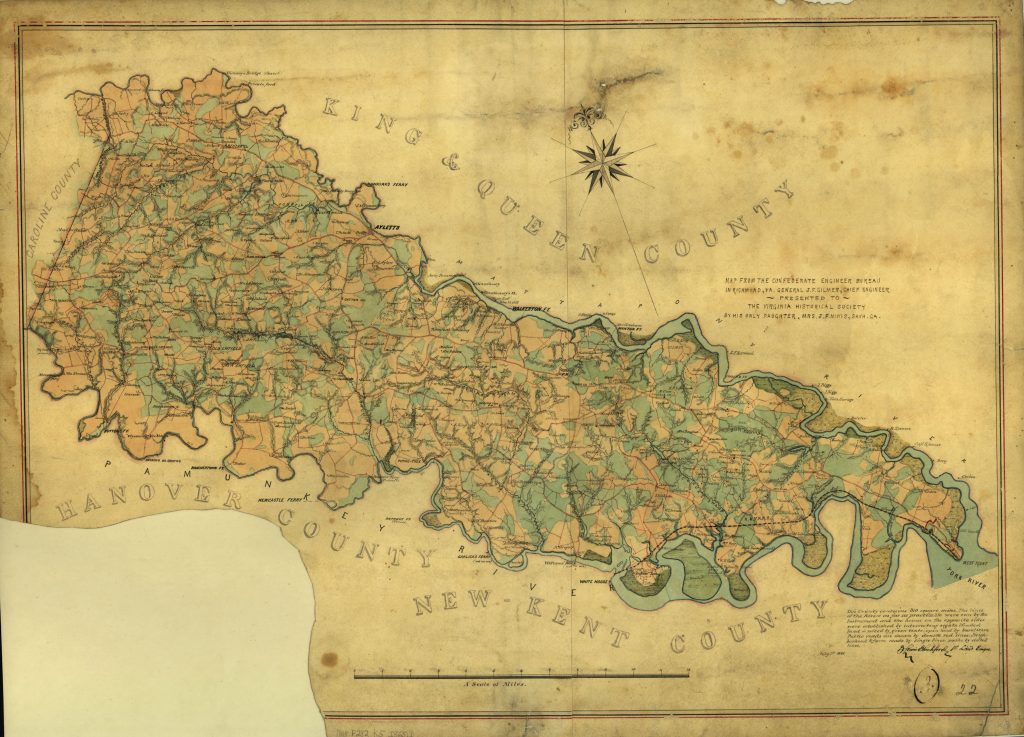 This detailed 1865 map of King William County in Virginia shows geographic features such as waterways, woodlands, swamps, and open farmland. Built structures are also noted, including courthouses, mills, houses, ferry sites, roads of all sizes, and the tracks of the Richmond and York River Railroad that ran through the county. The cartographer was Benjamin Lewis Blackford, 1st Lieutenant in the Confederate Engineer Bureau, who noted at bottom right:

This County contains 310 square miles. The lines of the Rivers as far as practicable were run by the Instrument and the houses on the opposite sides were established by intersecting sights. Wooded land is noted by green tints; open land by Burnt Ochre. Public roads are shown by double red lines; Neighborhood & farm roads by single lines, paths by dotted lines.