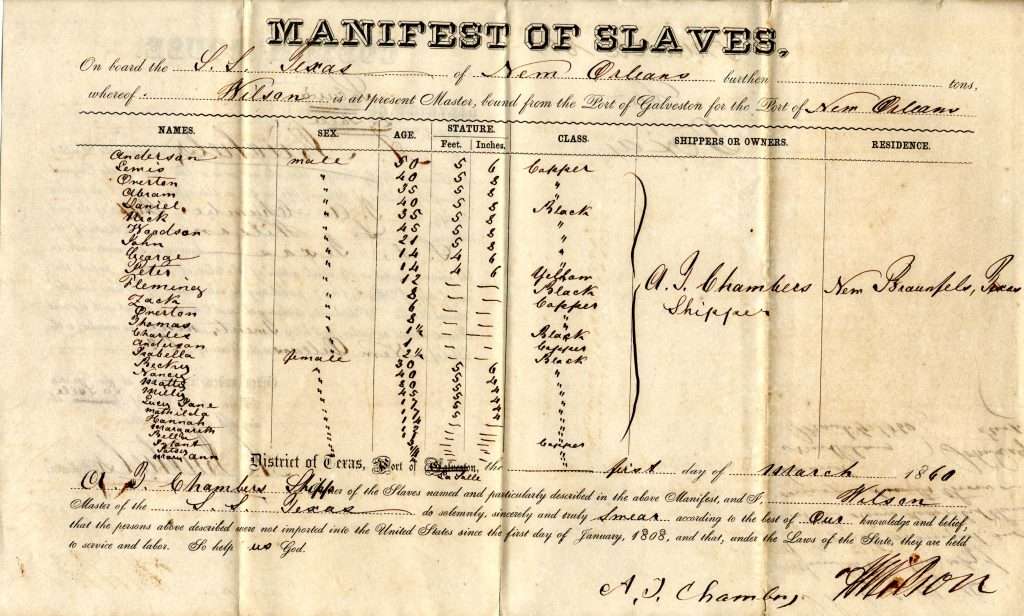 This ship manifest dated March 1, 1860, lists the twenty-nine enslaved men, women, and children being shipped from La Salle, Texas, to New Orleans, Louisiana. Each person's name, sex, age, height (except for the young children), and color (described variously as copper, black, and yellow) are noted. The oldest person being shipped was Anderson, a fifty-year-old male who stood 5 feet 6 inches tall; the youngest was Patsey, second from the bottom, whose age is listed as 1/4—presumably indicating that she was three months old. The slave trader shipping these human beings was A. J. Chambers from New Braunfels, Texas, and the master of the ship, S.S. Texas, was named Wilson. Both men swore on this document that none of the enslaved had been imported from outside the country, since the international slave trade had been prohibited by law in the United States as of January 1, 1808. The internal slave trade, however, continued to thrive. This document was filed with the custom house official in La Salle and the ship arrived in New Orleans with its human cargo on March 5, 1860.