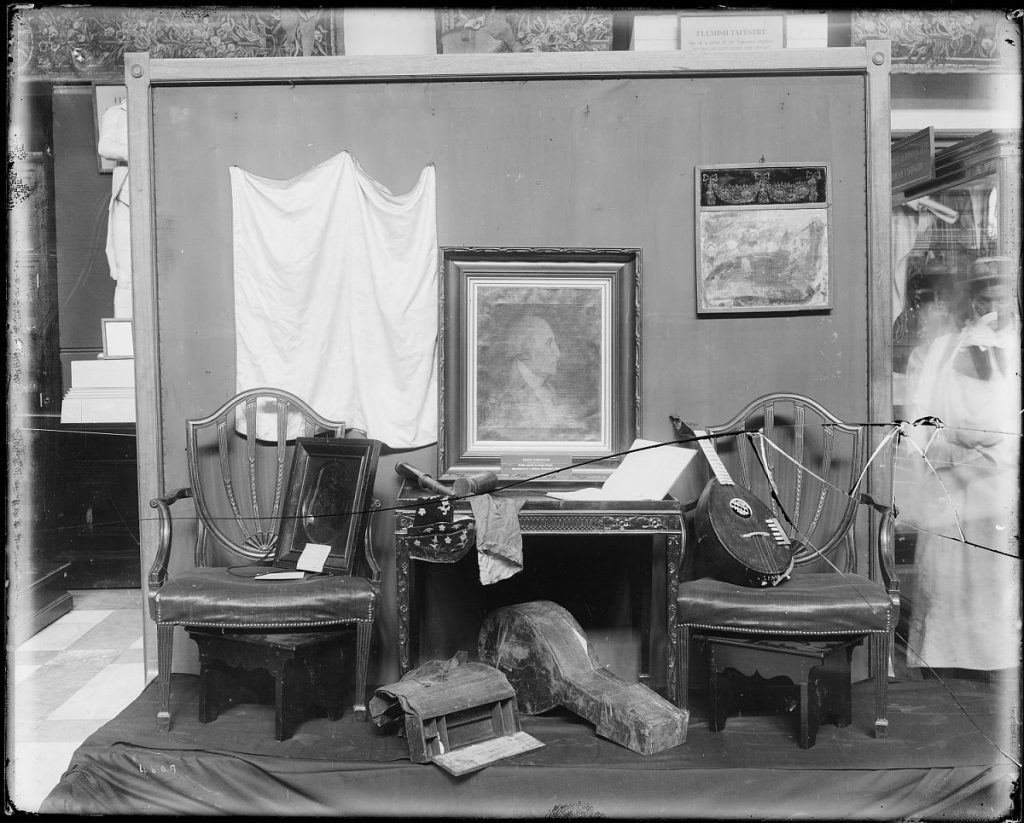 This 1880s glass-plate negative image shows a portion of the objects, or so-called relics, of the first president: a pair of arm chairs, a stringed instrument and its dusty case, what appears to be a telescope on the table as a well as an large open ledger book or journal, and several works of art, including a bust portrait of George Washington by his contemporary Joseph Wright. George Washington Parke Custis, Washington's stepgrandson and adopted son, assembled and safeguarded such items at his estate, Arlington House.

Upon W. P. C. Custis's death, the estate was passed down to his daughter Mary Custis Lee and her husband, Robert E. Lee, the future Confederate general. During the Civil War, the Lee family was forced to flee the household, which was taken over by the U.S. Army. Mary Custis Lee entrusted the house and its contents to Selina Gray, her enslaved personal maid. Discovering that the Washington relics were being stolen by the occupying army, Gray confronted the officer in charge and saved the bulk of the collection, which was then sent to the U.S. Patent Office and eventually the U.S. National Museum, now known as the Arts and Industries Building at the Smithsonian.

This photograph was taken at an exhibit in the U.S. National Museum. The blurry figure of what appears to be a Black woman in a stray hat can be seen on the right side of the image. From its inception in 1846, the Smithsonian hired free Blacks to work in the security and facilities departments; but, by the late 19th century some African Americans moved into more elevated positions where they worked with the collections and in other capacities.