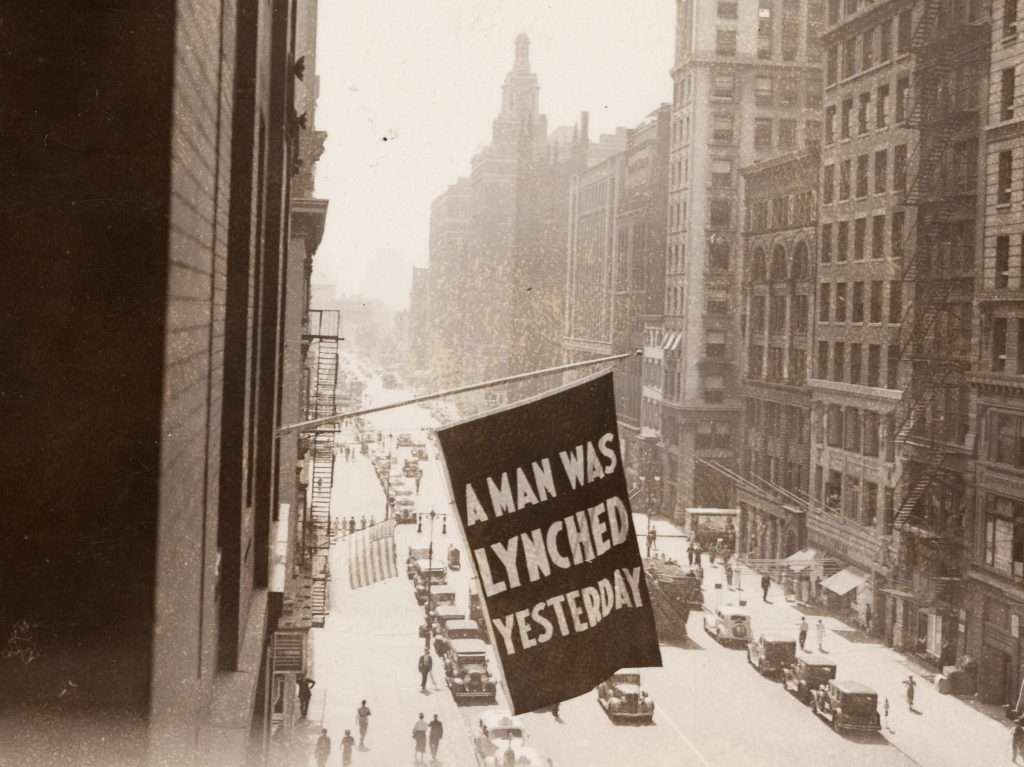 A flag reminding passersby that a lynching had taken place the day before flies from the headquarters of the National Association for the Advancement of Colored People (NAACP) at 69 Fifth Avenue, New York City, in 1938. The organization, founded in 1908, fought for justice and civil rights for African Americans. During the height of racial terrorism between 1880 and 1930, as many as 4,000 people were lynched across the United States. During that time period at least eighty-six men were lynched in Virginia, all but fifteen of them African American.