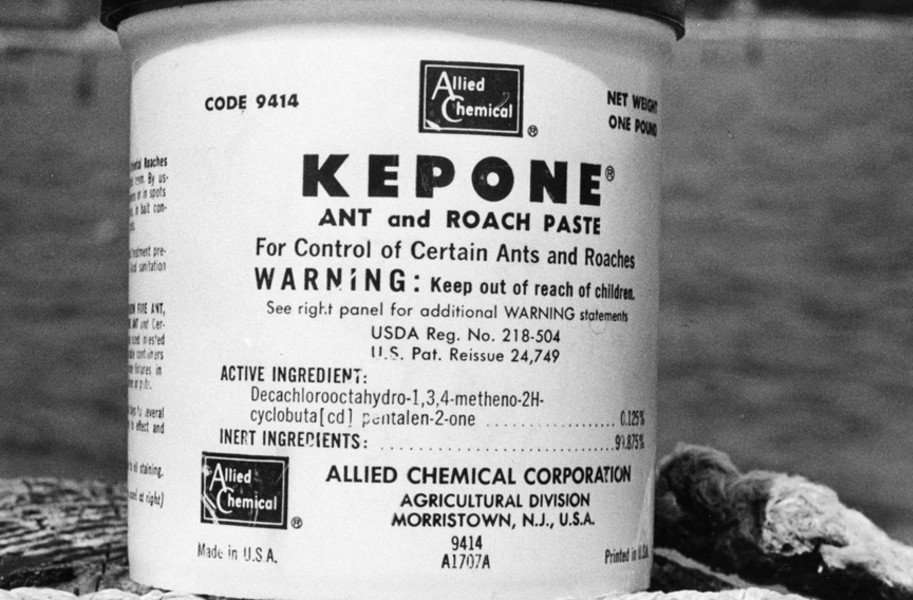 This container holds Kepone, the brand name for chlordecone, a highly toxic synthetic insecticide that was produced from 1966 until 1975 at a chemical plant next to the James River in Hopewell. The plant dumped its toxic production wastes directly into the river, creating an environmental disaster. It was discovered that exposure to Kepone caused a multitude of serious physical illnesses. The river was contaminated to such an extent that beginning in December 1975, commercial and sports fishing in the James River and any of its tributaries were prohibited. The fishing bans did not begin to be lifted until May 1980, causing an economic disaster for many professional fishermen.