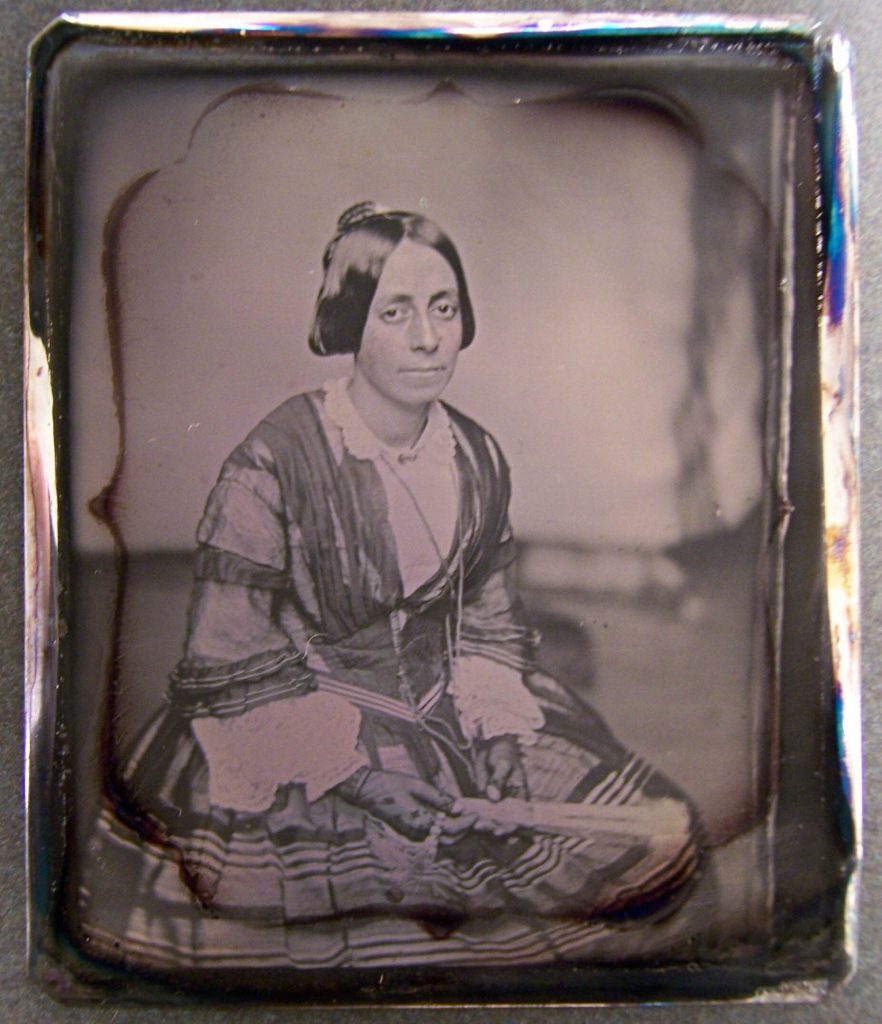 Jane Waring Roberts, the First Lady of Liberia, poses for a three-quarter length daguerreotype portrait in 1854. Dressed fashionably, she wears lace gloves and holds a fan on her lap. Born a free Black in Virginia circa 1819, Jane Waring emigrated with her family to Liberia in 1824, joining an African American colony on the west coast of Africa. In 1836, Jane Waring married the widower Joseph Jenkins Roberts, a Virginia-born émigré who served as the first president of the newly established Republic of Liberia from 1848 to 1856, and also as the seventh president from 1872 to 1876. This image of the First Lady was taken during her husband's first term in office. The original image was made by an African American daguerreotypist named Augustus Washington who had also emigrated to Liberia. (This is a copy daguerreotype made by Rufus Anson, a mid-nineteenth-century photographer from New York City; the whereabouts of the original Washington daguerreotype is unknown.)

After the death of her husband in 1876, Jane Roberts remained an active citizen in Liberia and she began a fundraising campaign to construct a hospital in that country. She traveled abroad during her fundraising efforts, meeting with personages such as Queen Victoria in England, and U.S. president Grover Cleveland and his wife at the White House.