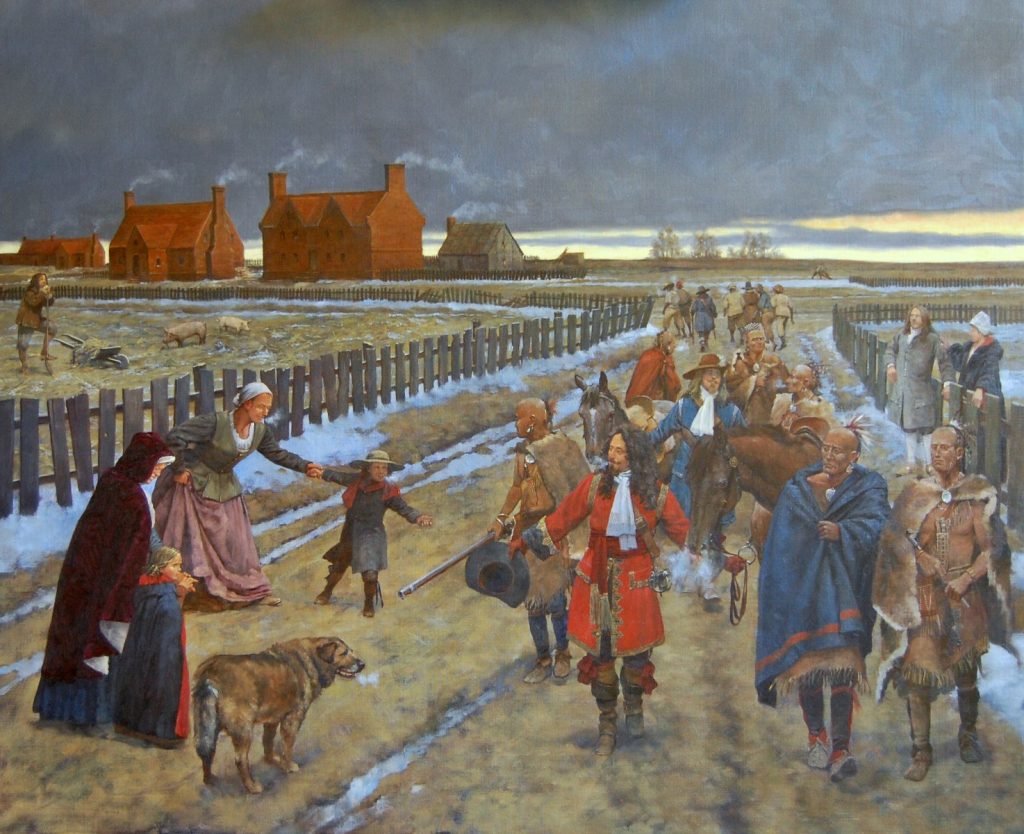 Jamestown in the 1690’s — Changing Times

In this historic re-creation, members of the Nottoway Tribe enter the English settlement at Jamestown in 1691 to present the tribe's annual tribute to the royal governor of Virginia. A young English colonist, at left, reaches out as if to touch one of the entering tribesmen. These men, swathed in animal skins or blankets, were tribal leaders; the silver badges around their necks indicate their status. By 1661, the English had issued such badges to those they deemed to be the "Chief Men of the Nottoway," who were then required to wear them when entering an English settlement. The National Park Service in conjunction with Historic Jamestowne commissioned this oil painting titled, Jamestown in the 1690’s - Changing Times, in the twenty-first century. The artist, Keith Rocco, worked closely with local experts and historians from Historic Jamestowne to produce the painting, which is the first visual representation of the interactions between colonists and the Nottoway Indian Tribe.