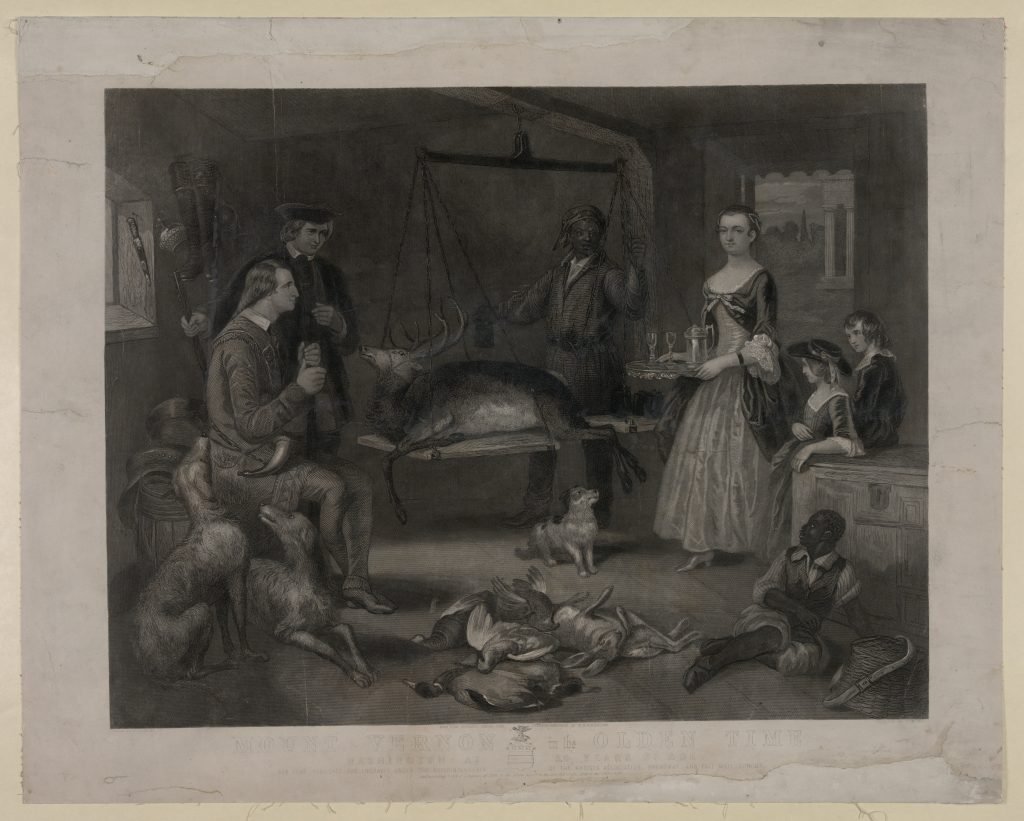 Mount Vernon in the Olden Time. Washington at 30 Years of Age

This mid-nineteenth-century engraving depicts a post-hunting scene in an outbuilding at Mount Vernon, the Fairfax County plantation then owned by thirty-year-old George Washington. The future president, dressed in buckskin with a powder horn strung across his chest, sits after a successful hunt. Washington's dogs lie at his feet, as well as part of the bounty of the day—several birds, a duck, and a hare. At the back of the room, an enslaved man wearing a head scarf weighs a large dead stag. At bottom right, an enslaved boy who worked during the hunt sits next to a wicker carrying basket. At right, George Washington wife, Martha Custis Washington, wears a fine gown and pearls in her hair as she brings in two goblets and a refreshing drink for Washington and his white hunting companion. Martha is accompanied by a well-dressed girl and boy—her two surviving children from her previous marriage to Daniel Parke Custis. The columns of the Mount Vernon mansion can be seen through the open doorway.

This romantic scene of an "olden time" at Mount Vernon presents an image of Washington as a skilled sportsman being welcomed back from the hunt by family members; it also depicts members of the enslaved community as if they took part in the same domestic bliss. Scenes such as this one chose to ignore the brutal reality of the lives endured by the enslaved.