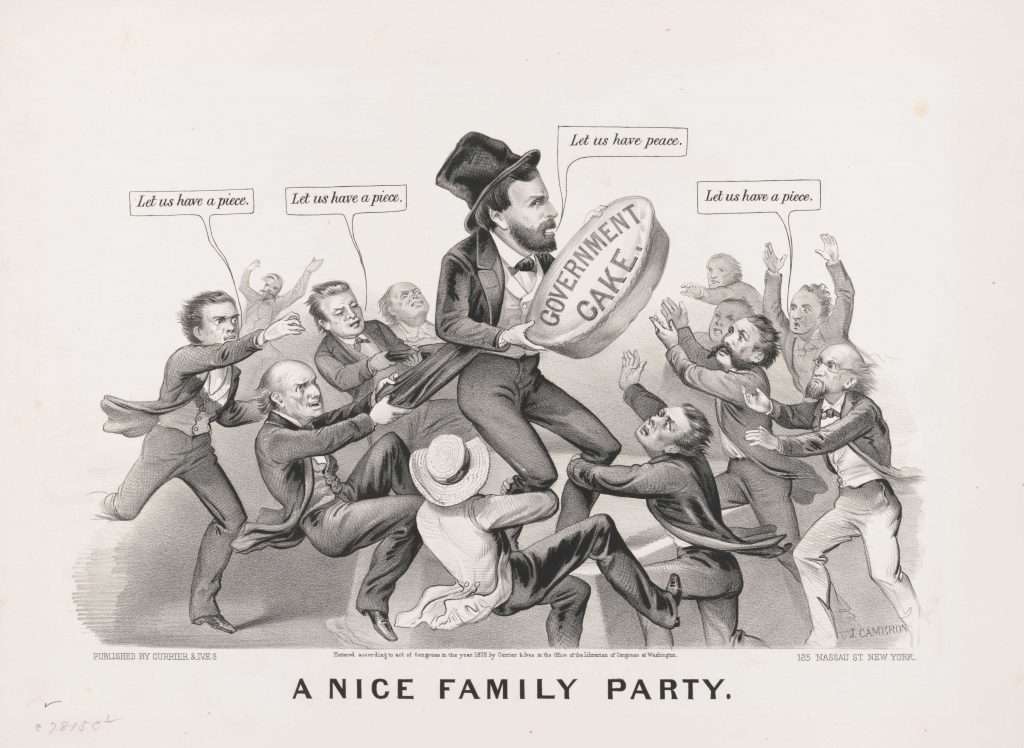 In this political cartoon published circa 1872 by Currier & Ives, Republican U.S. President Ulysses S. Grant is overwhelmed by men frantically seeking a piece of the "government cake"—or political favors—that the president could dole out. Playing on Grant's 1868 campaign slogan, "Let us have peace," the cartoonist depicts the greedy hangers-on proclaiming, "Let us have a piece." This satirical cartoon was created at a time when civil service reform was a pressing issue.