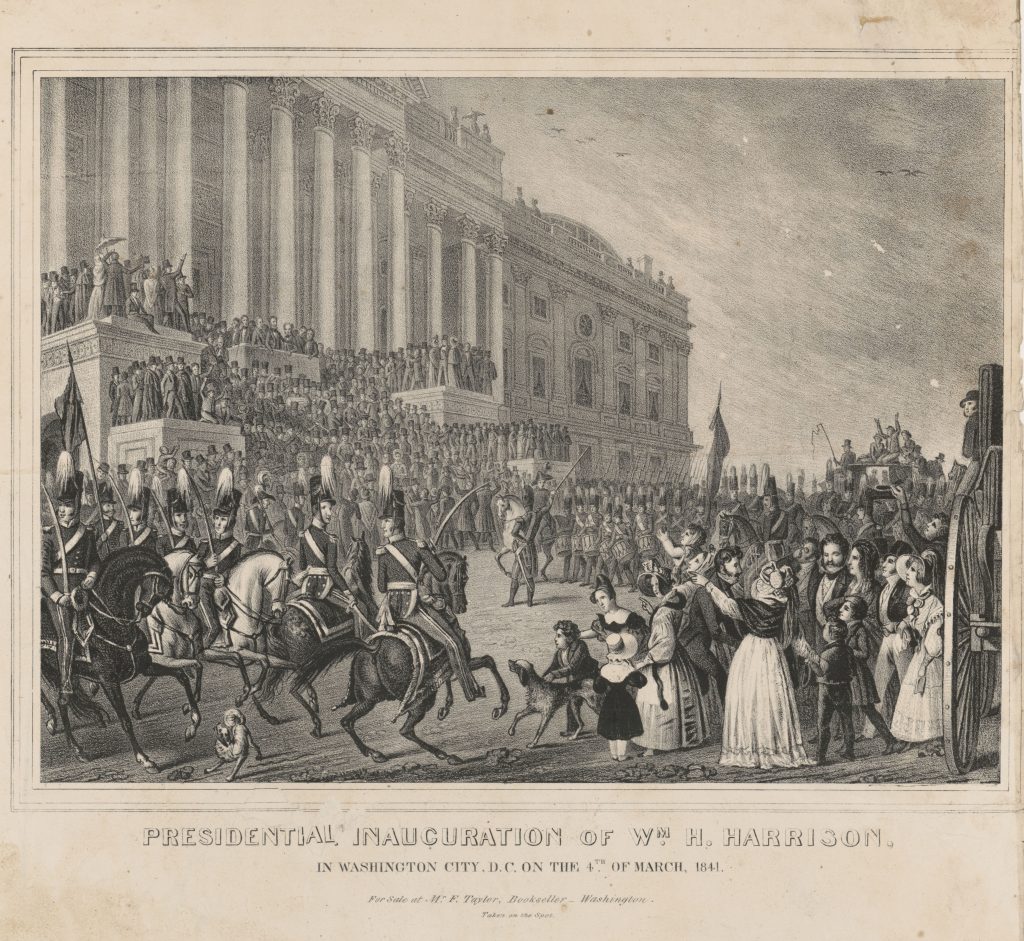 Presidential Inauguration of Wm. H. Harrison, in Washington City, D.C., on the 4th of March 1841.

A large crowd of men, women, children—and even a few dogs—gather in front of the U.S. Capitol to watch the grand inaugural procession for William H. Harrison. Cavalrymen in dress uniforms, and a military marching band are shown taking part in the most elaborate inaugural parade that had ever taken place up to that time. Thirty-two days later, President Harrison died in office.