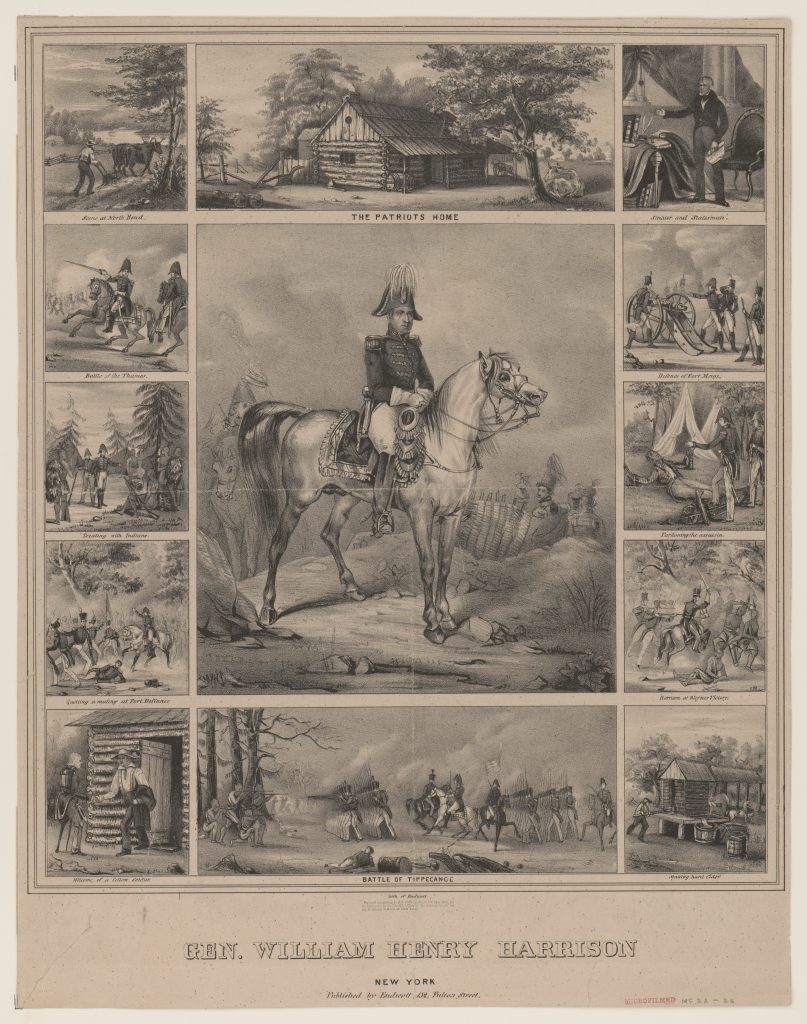 An illustrated broadside promotes the 1840 Whig Party presidential campaign of William Henry Harrison. A central portrait of Harrison as a general on horseback is surrounded by twelve vignettes that showcase Harrison's military successes, his political experience, his humble log cabin home on the frontier, and his down-to-earth character. (In fact, Harrison lived in grand style throughout his life.) This Whig campaign imagery was intended to draw a sharp contrast between Harrison and his opponent, the incumbent president, Martin Van Buren, who was depicted by Harrison supporters as elitist and out-of-touch with the common man.