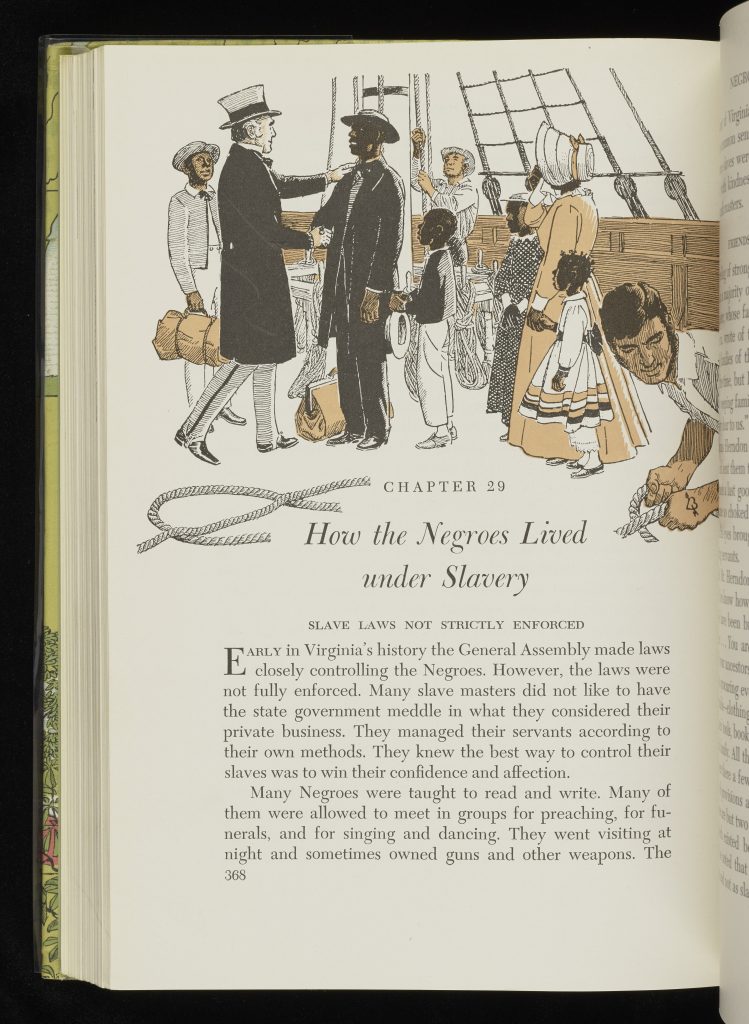 “How the Negroes Lived under Slavery”

A well-dressed Black family is cordially greeted by a white man—presumably their enslaver—in this fanciful illustration above the chapter title,"How the Negroes lived under Slavery." Given that the family was arriving via a sailing ship, the reality is that they had probably been recently sold at auction, forcibly transported by boat while being closely guarded, and then delivered to their new "owner." This illustrated page is from Virginia: History, Government, Geography (1957), the state-sanctioned seventh-grade history textbook that was written with the express intention of presenting a Lost Cause view of slavery as a benign institution. The accompanying text claims that slave laws were "not strictly enforced" and that slave masters were kindly, since "they knew the best way to control their slaves was to win their confidence and affection." The text goes on to portray the lives of the enslaved as being carefree and happy, as they were supposedly free to gather for dancing, singing, and celebrating religious events—and even, on occasion, having the right to own "guns and other weapons." The brutal, de-humanizing institution of slavery was far from this gentle depiction; yet these sanitized textbooks remained in use in some Virginia schools until the late 1970s.