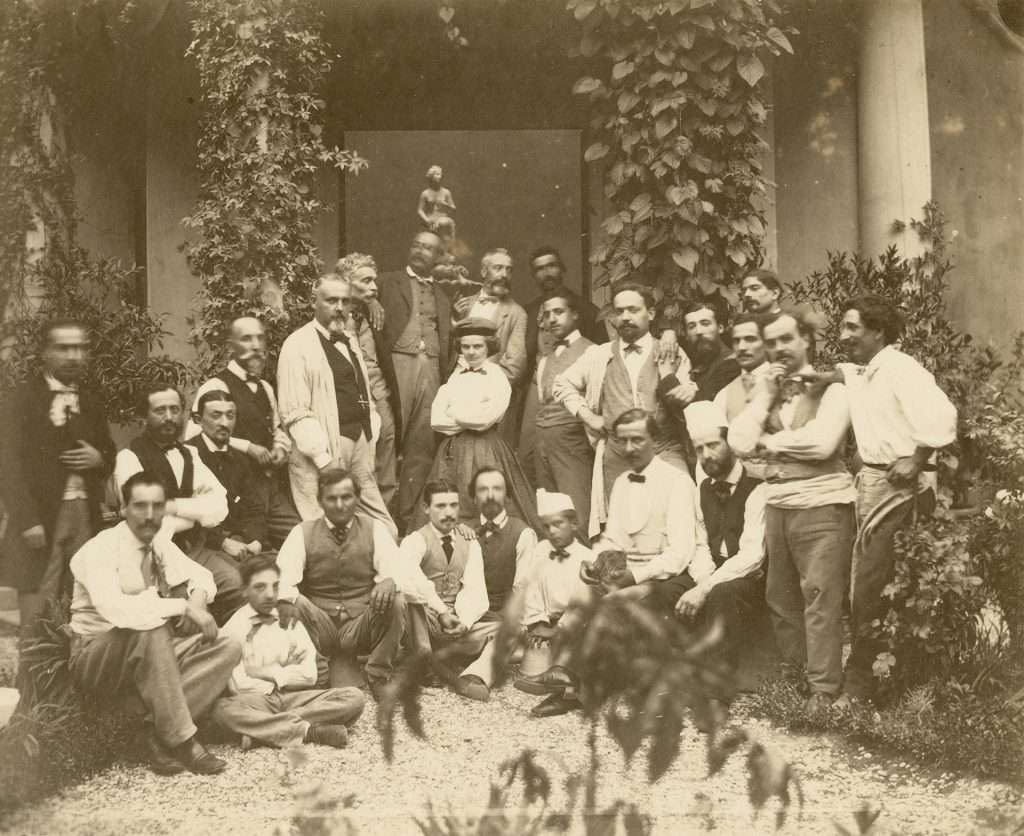 In 1867, the American sculptor Harriet Hosmer stands at center—a diminutive figure with arms crossed and a determined look—surrounded by her assistants and marble carvers in the courtyard of her studio in Rome. Hosmer established a studio in the Italian capital in 1864, lived there for a time, and associated with a colony of expatriate artists and writers. A well-known American sculptor of the nineteenth century, Hosmer is considered the first female professional sculptor.