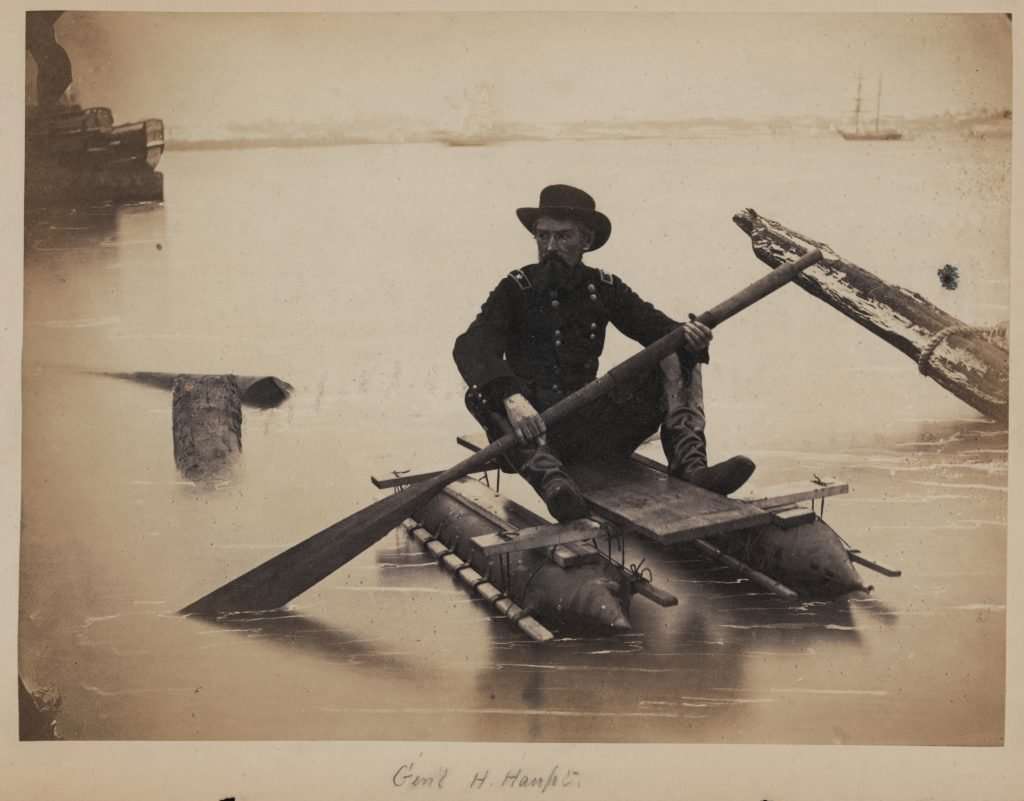 Union general Herman Haupt, a skilled engineer who oversaw the construction, repair, and operation of Union railroads during the Civil War, uses a pontoon boat to navigate a waterway. A caption on the reverse side of the image bears the title "Expedients for Crossing Streams." It goes on to describe how floatable pontoons such as this one were "designed to facilitate scouting operations." Though the elongated floats look rather large in the photograph, the caption writer insists that "they can be carried by a strap around the waist, and concealed by an overcoat. A boat can be made of these by running poles through the loops, and then placing sticks across."