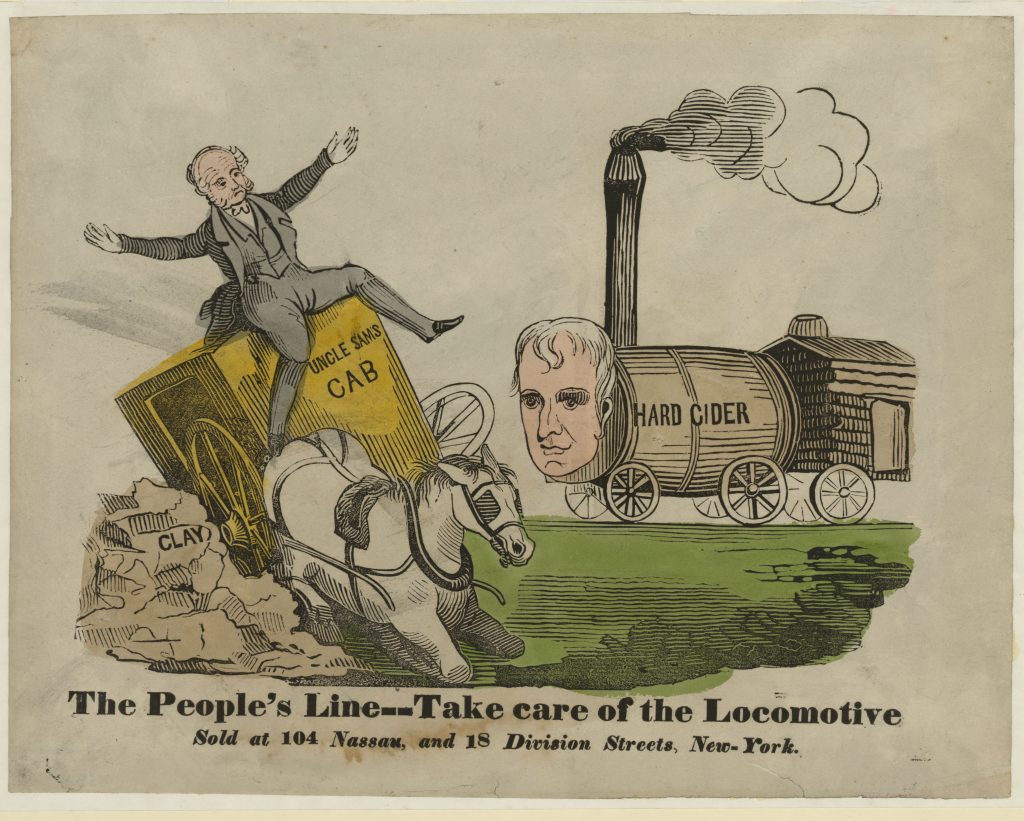 The People’s Line—Take care of the Locomotive

A political cartoon from the 1840 presidential election shows the Whig candidate, William Henry Harrison, heading a train that pulls a barrel of hard cider and a log cabin—symbols he took on during the campaign to present himself as a man of the people versus his cosmopolitan opponent, the Democratic presidential incumbent, Martin Man Buren. In fact, Harrison was anything but a common man—he grew up at historic Berkeley Plantation and was a member of the Virginia aristocracy.

Van Buren, dressed elegantly and seated atop an old-fashioned carriage, is forced off the road by the oncoming train and founders on a pile of clay—a reference to Henry Clay who started the Whig Party.