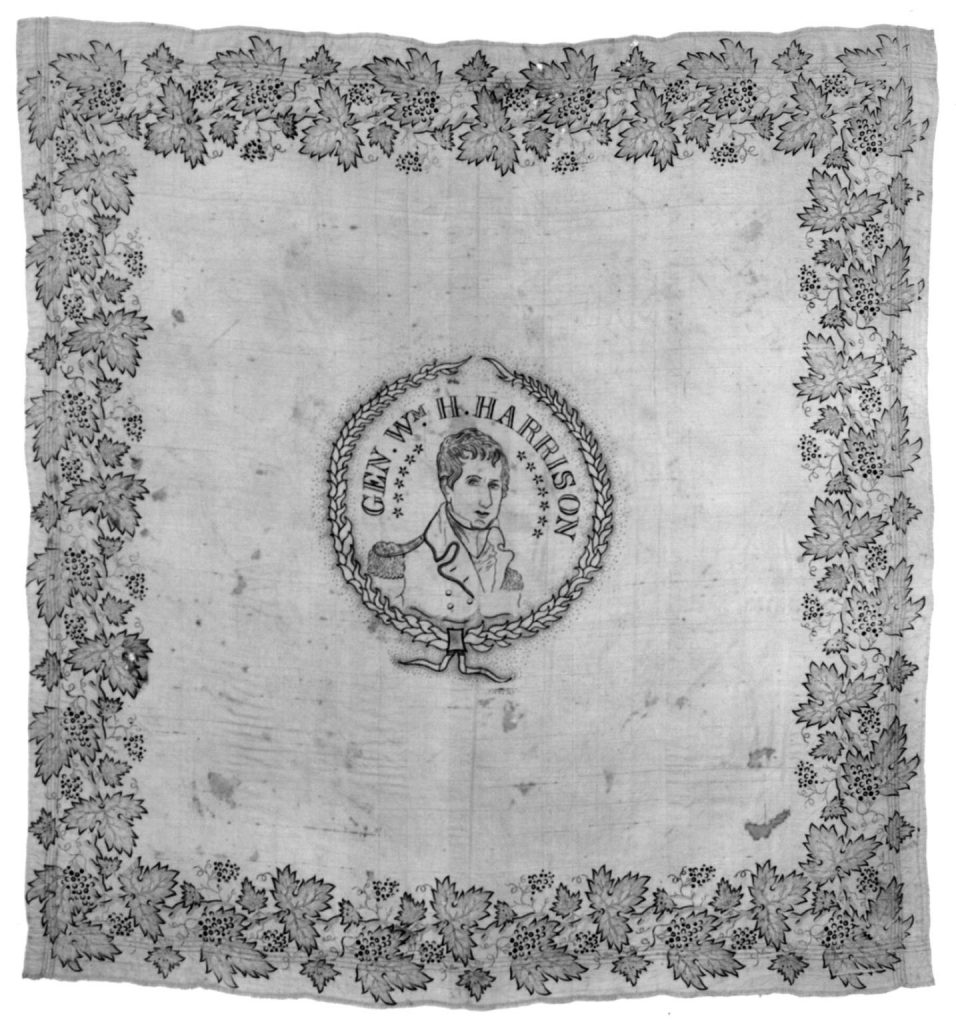 A silk handkerchief bears a head and shoulders portrait of William H. Harrison, a former general in the U.S. Army. Handkerchiefs such as this one were waved by women during political rallies the Whig Party held during the 1840 presidential campaign. Harrison ran as the Whig candidate and defeated the incumbent Democratic president, Martin Van Buren.