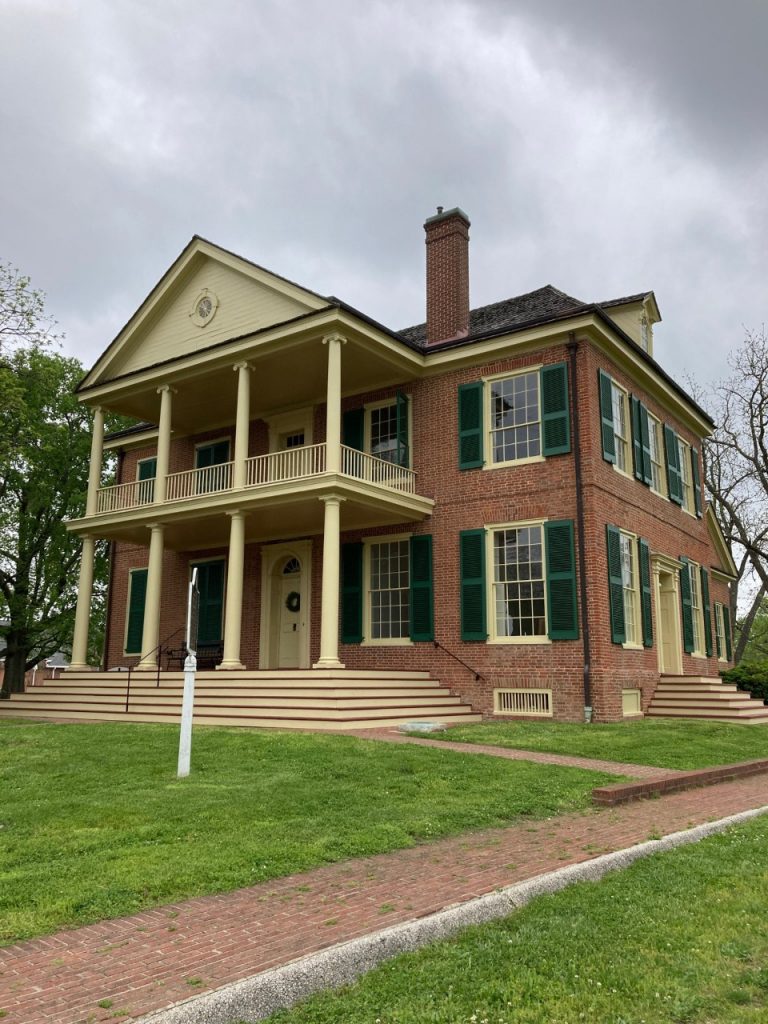 This is the view of the front and southern side of Grouseland, a stately Virginia-plantation-style home built between 1803 and 1804 near Vincennes, a town in the newly created Indiana Territory carved out of former Native land. Originally set on a 300-acre estate, the mansion was commissioned by William Henry Harrison, a Virginia blue blood who served as the first governor of Indiana Territory.

Designed by architect William Lindsay in the Federal style, the house was reportedly the first brick structure built in Indiana Territory, and it was intended to serve as both the home for Harrison and his family as well as the center of social and political life in the new territory. The name of the house was inspired by the large number of grouse that roosted in the area.