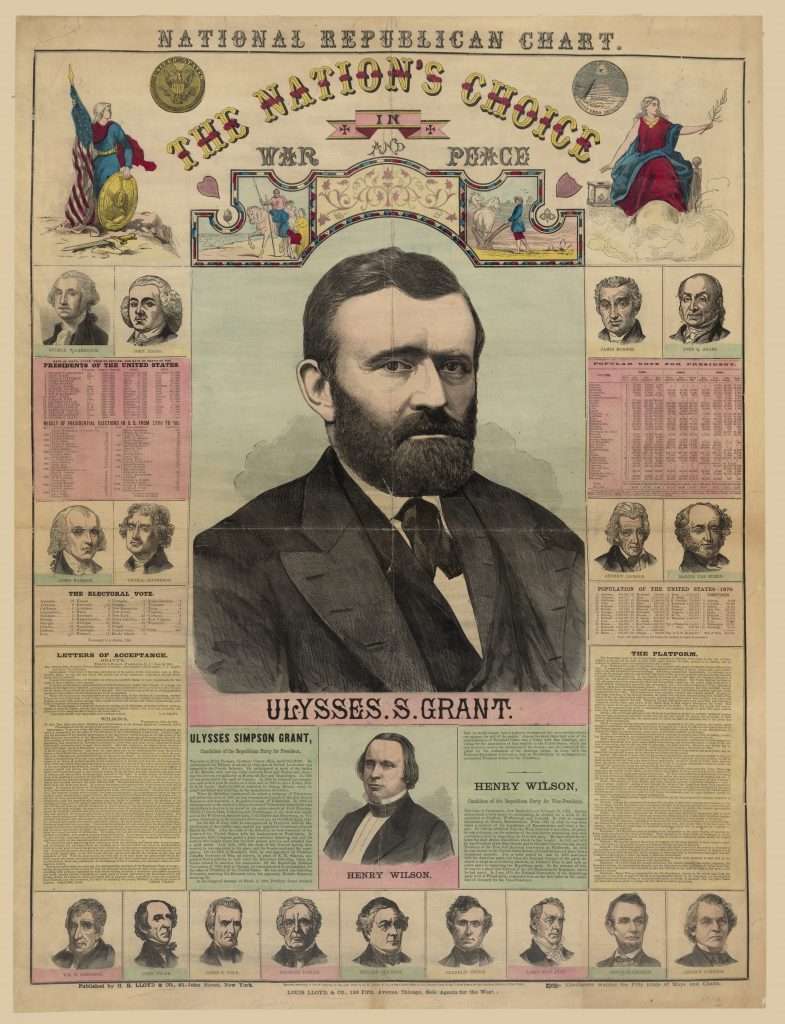 National Republican Chart. The Nation’s Choice in War and Peace

A political broadside produced for the 1872 election endorses the Republican candidates, Ulysses S. Grant for president and Henry Wilson for vice-president. The print includes portraits of Grant and Wilson, surrounded by vignette portraits of the previous U.S. presidents from George Washington to Andrew Johnson. The broadside includes the text of the Republican Party platform adopted at the party's convention in Philadelphia. The platform emphasized the party's commitment to peace in the aftermath of the Civil War, its vow to protect voting rights, its opposition to "any discrimination in respect of citizens by means of race, creed, color, or previous condition of servitude," its belief that workers should receive a "just share" of the profits earned by their labor, its obligation to honor veterans "whose valor saved the Union," its recognition of the role that women played during the war with "their noble devotion to the cause of freedom," and its approval of women's ongoing "admission to wider fields of usefulness."