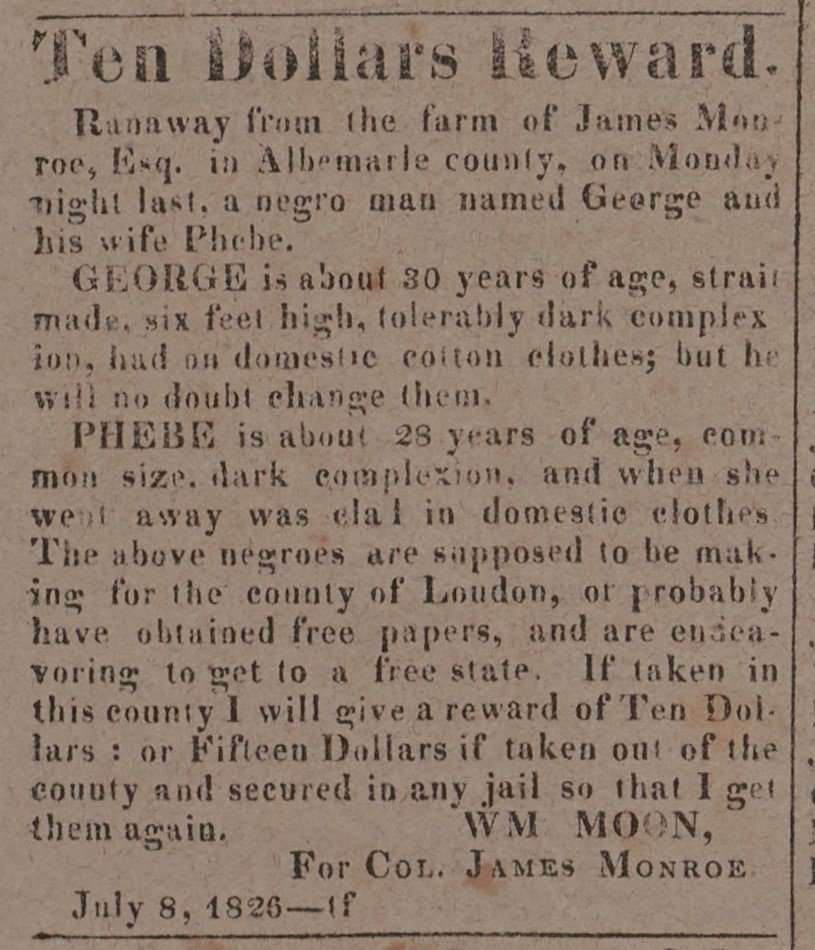 An advertisement posted in the July 15, 1826, edition of The Central Gazette, a weekly newspaper in Charlottesville, offers a financial reward to anyone who captures an enslaved man named George and an enslaved woman named Phebe, both of whom had escaped from James Madison's Albemarle County plantation, Highland. William Moon wrote the newspaper notice on behalf of James Monroe, the former president of the United States whose term had just expired the year before. The advertisement describes both of the people attempting to free themselves: George was about thirty years old, "strait made, tolerably dark complexion" and was wearing the standard cotton clothing of the enslaved. Moon warns that George "will no doubt change" his clothes in an attempt to evade detection. Phebe, who was about twenty-eight years old, was "clad in domestic clothes," was of average size and "dark complexion." It was believed that the pair were heading to Loudoun County, where Monroe had another plantation and residence which was much grander than Highland. Members of the enslaved community at Highland were frequently transferred to his other plantation, and it is possible that George and Phebe were seeking their own family members. Monroe offered ten dollars for the return of these two enslaved escapees if they were captured in Albemarle County and fifteen dollars if they were apprehended in another county "and secured in any jail so that I get them again."