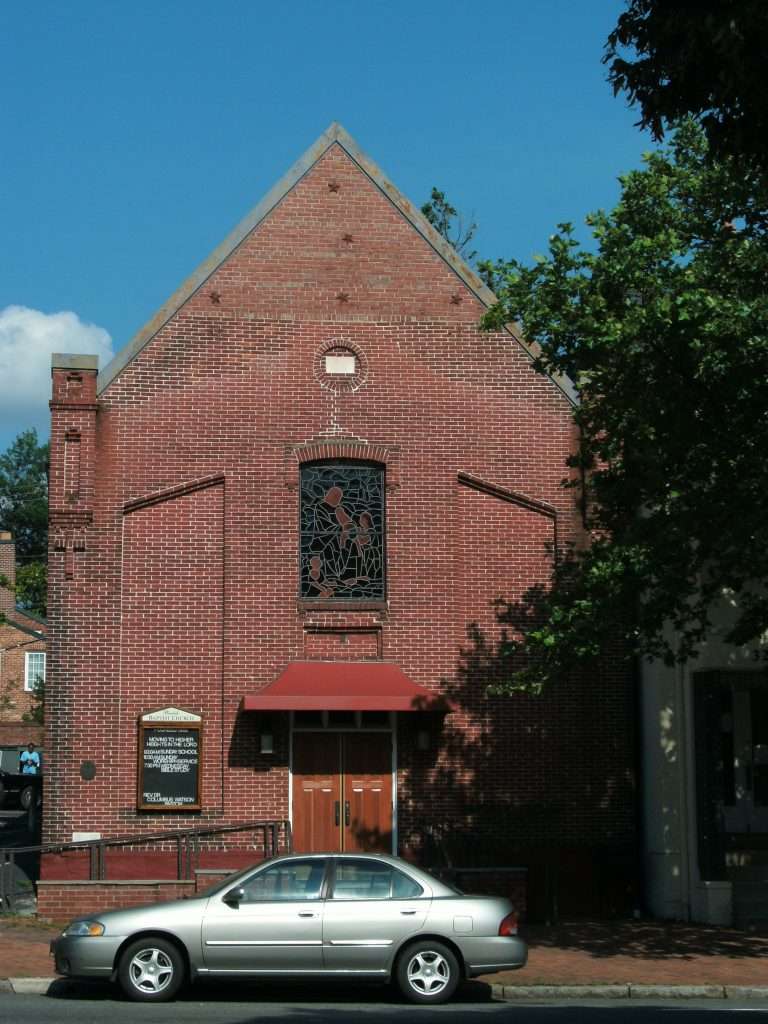 This photograph taken in 2009 depicts Beulah Baptist Church in Alexandria, an African American church established in 1863 by the Reverend Clement Robinson. This was the first black church organized in Alexandria after the city was occupied by Union troops in 1861. Robinson founded the First Select Colored School in 1862, and after the church was built a year later, the school moved its operations to the new building. The church is sited on the edge of a historic African American neighborhood known as "the Bottoms."