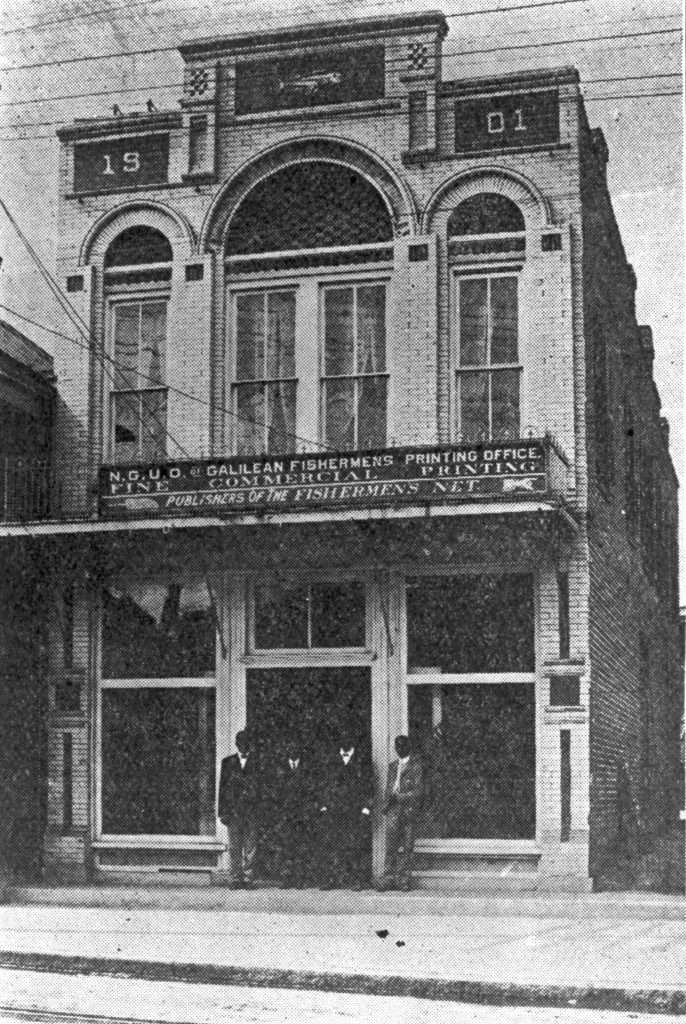 This is an exterior view of the bank and printing offices in Hampton that were established by the local branch of the Grand United Order of Galilean Fishermen, a national Black fraternal and beneficial society founded in 1856 in Washington, D.C. One of the oldest and most successful organizations of its kind, the order boasted some 56,000 members by 1897. They included both men and women who hailed "from New England to the Gulf." At that time the order paid members both health and death benefits: $5 per day for sickness and $300 to $400 for death. This image was published in a 1907 Special Industrial Edition of the Hampton Monitor. This substantial 1901 brick structure features a decorative frieze on the top of the building that depicts a large fish.