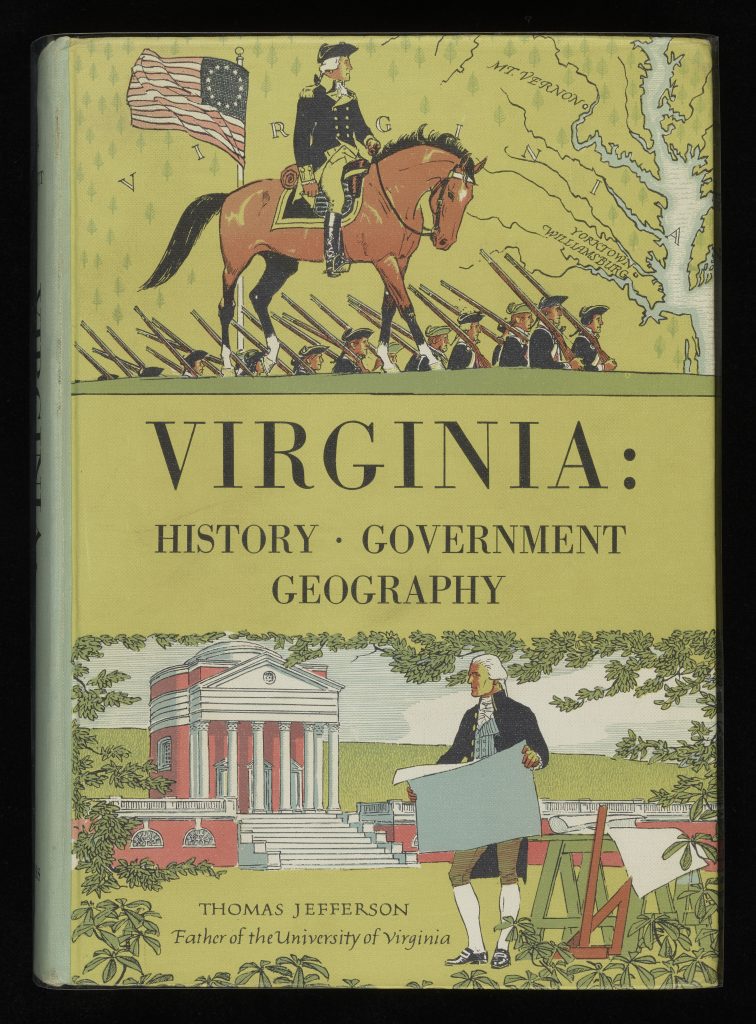 The cover of the state-sanctioned seventh-grade textbook, Virginia: History, Government, Geography (1957), features the accomplishments of George Washington as the commander of the Continental Army during the American Revolution and Thomas Jefferson's creation of the University of Virginia. Washington sits astride his horse while his soldiers march beneath him, and Jefferson consults his architectural plans in front of the university's Rotunda.