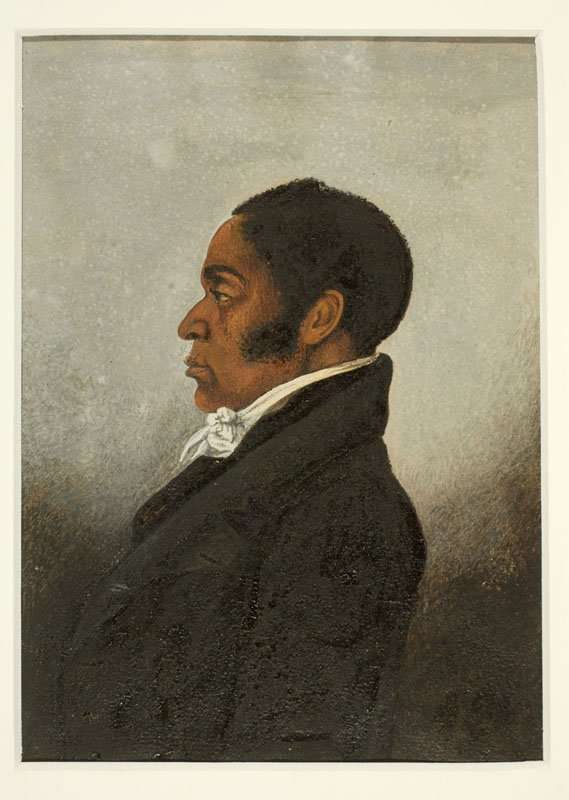 Portrait identified as James Forten, oil on paper probably by the African American artist Robert Douglass, Jr., ca. 1834. Courtesy of the Historical Society of Pennsylvania. The successful sail maker James Forten was in his time the richest African American in Philadelphia. He was one of a handful of rich black activists who financed schools and underwrote black organizations and antislavery efforts. His connections were far ranging, a friend of seaman Paul Cuffe, a supporter of New York activists and Freedom’s Journal, and a major influence on the thinking of young William Lloyd Garrison.