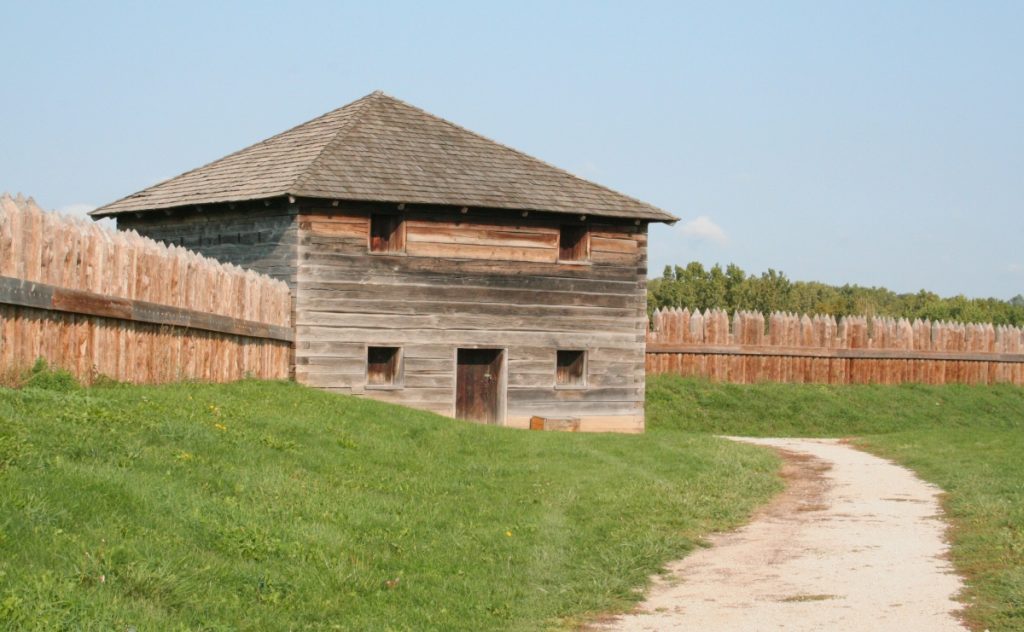 This photograph shows part of the reconstruction of historic Fort Meigs, a fortification built during the War of 1812 on the Maumee River in northwestern Ohio under the direction of William Henry Harrison, then general of the Army of the Northwest. The massive fort had eight blockhouses with a fifteen-foot picket fence on the perimeter. From April 28 until May 9, 1813, Harrison's troops at the fort successfully withstood a siege by the British and their Native American allies led by the Shawnee chief Tecumseh.