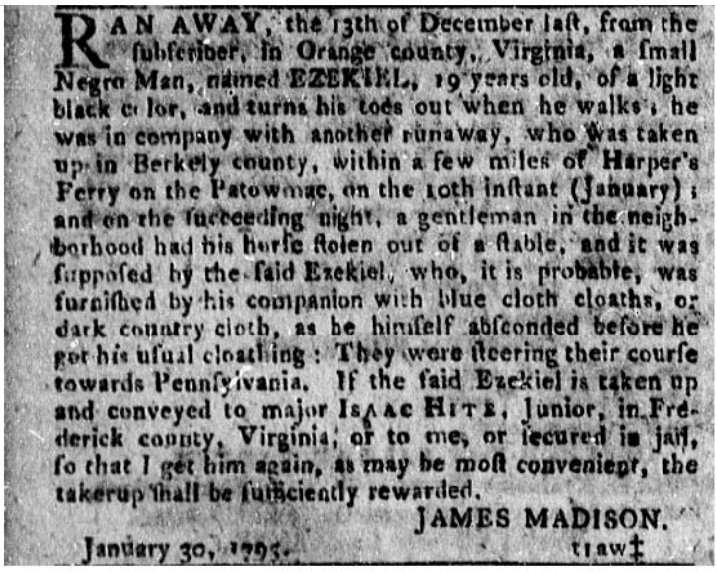 This advertisement published in the February 7, 1795, edition of the Federal Intelligencer newspaper in Baltimore, Maryland, seeks the capture of Ezekiel, an enslaved young man trying to self-emancipate. The enslaver who wrote this notice was James Madison, who would serve as the fourth president of the United States from 1809 until 1817. Nineteen-year old Ezekiel had fled Montpelier, James Madison's country plantation in Orange County, on December 13, 1794, in search of freedom. Madison described Ezekiel as small of stature, "of a light black color, and turns his toes out when he walks." The escapee had been joined by another unnamed enslaved person who was captured near Harpers Ferry on January 10. The pair had been "steering their course towards Pennsylvania." Madison promised a bounty to anyone who captured Ezekiel.