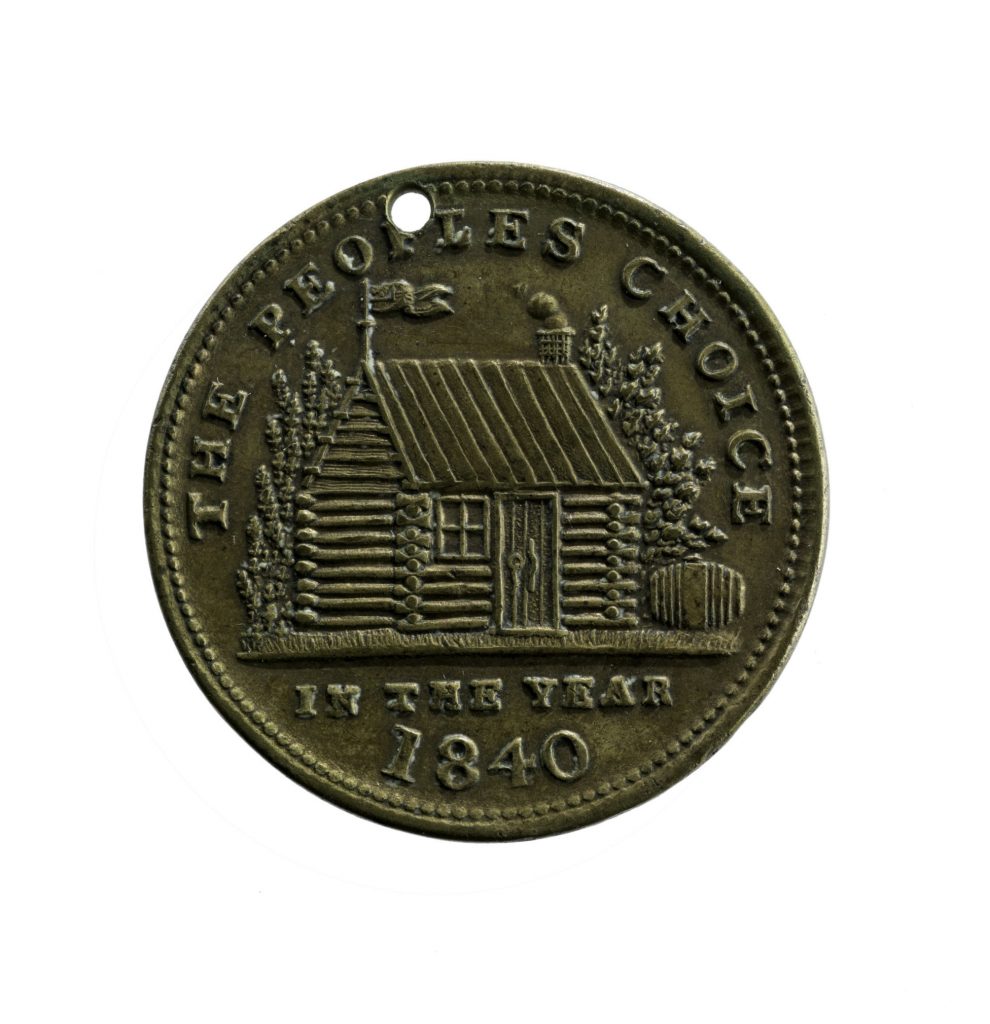 This round brass medal promotes the candidacy of William Henry Harrison, the nominee from the Whig Party in the 1840 presidential election. In order to project the image of Harrison as a common man, his campaign adopted the symbols of a log cabin and a barrel of hard cider, along with the idea that he was "The Peoples Choice," as the inscriptions reads. In reality, Harrison grew up in a very wealthy, politically connected Virginia family, and he had dismantled the corn distillery on his farm in 1831 after one of his sons became an alcoholic.