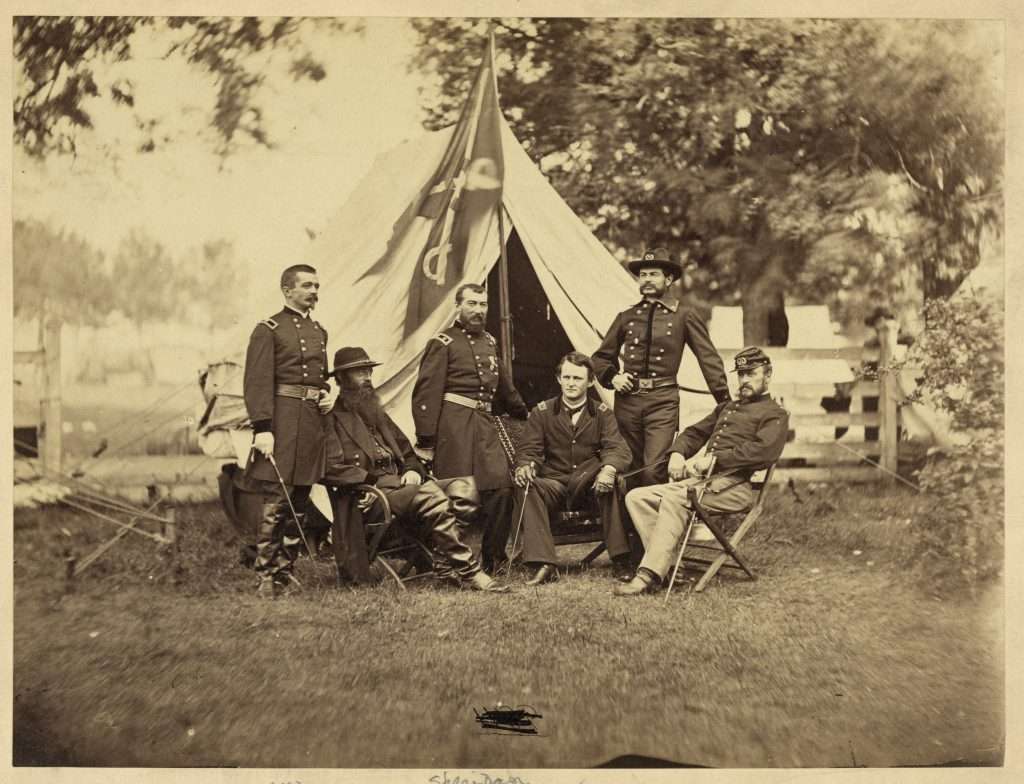 The newly appointed general-in-chief of Union armies, Ulysses S. Grant, decided to make his headquarters with the Army of the Potomac rather than in an office in Washington, D.C. Leaving George G. Meade in charge of the details, Grant sent the army not after Richmond, as his predecessors had done, but after Robert E. Lee and his Army of Northern Virginia. The resulting Overland Campaign in the spring of 1864 led to bloody battles at the Wilderness and Spotsylvania Court House. In spite of casualties in the tens of thousands, Grant continued to take the offensive. His cavalry commander, Philip H. Sheridan, wanted to do the same. While the fighting raged at Spotsylvania, he approached Meade regarding his function in the current campaign. The traditional role of cavalry was to “screen,” or obscure, the movements of its own army while gathering information on the strength and movements of the enemy. Sheridan, however, wanted his cavalry to strike out on its own, not simply to observe the enemy, but to seek out and destroy it. “I told him that I could whip Stuart if he (Meade) would only let me,” Sheridan wrote later. Although Meade was reluctant, Grant was not: “Let him start right out and do it,” he told Meade.

On May 9, 1864, Sheridan gathered his entire corps of 10,000 horsemen and directed them from Spotsylvania Court House due south on the Telegraph Road toward Richmond. The column, including thirty pieces of artillery, stretched for thirteen miles. Confident in his ability to defeat Stuart, Sheridan made no attempt to veil his movements, and the Confederate cavalry—numbering only about 4,500 men—was soon in hot pursuit. 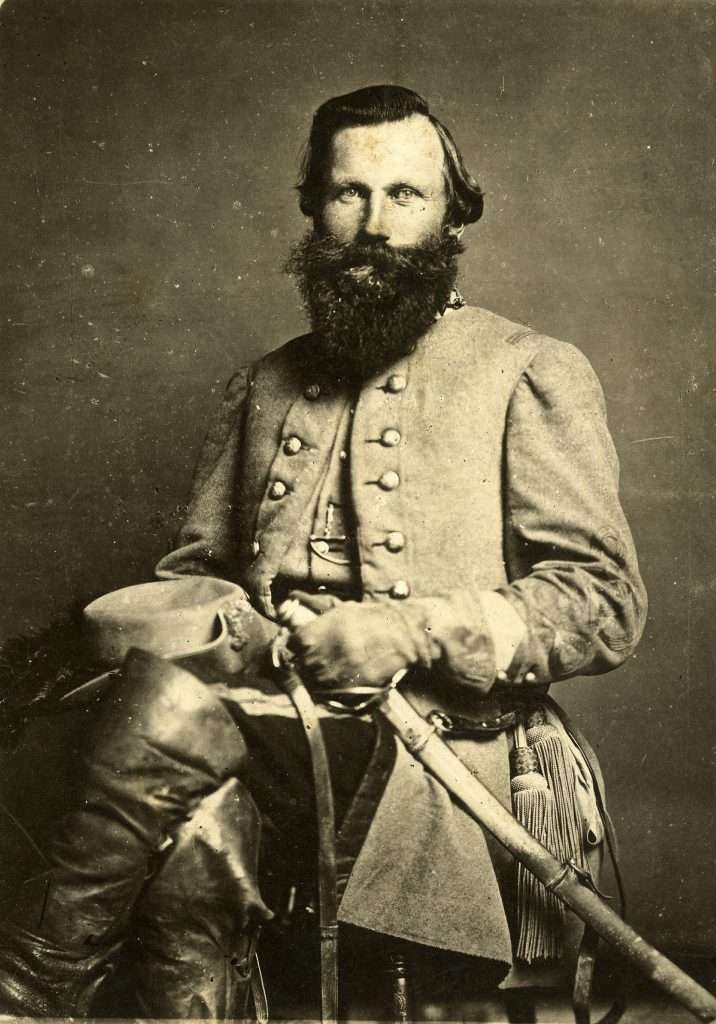 Sheridan arrived at the Confederate supply depot at Beaver Dam Station on May 10, wrecking stores of rations, medical supplies, and weapons and destroying local railroad networks and telegraph lines. Stuart and his men arrived too late to prevent the raid and immediately galloped farther south in an attempt to position themselves between Sheridan and Richmond. By ten o’clock on the morning of May 11, they had reached the important junction of Telegraph and Mountain roads, near an abandoned inn known locally as Yellow Tavern. They were just hours ahead of Sheridan’s troopers, but the ride had come at a cost. “My men and horses are all tired, hungry, and jaded, but all right,” Stuart said.

Stuart placed his two brigades, under the commanders Lunsford L. Lomax and Williams C. Wickham, in a “Y” formation along the intersection of the two roads. Wickham and his 1st, 2nd, 3rd, and 4th Virginia regiments took up position on a ridge perpendicular to the Telegraph Road, while Lomax’s 5th, 6th, and 15th Virginia regiments sat parallel to it. By eleven o’clock, Sheridan’s troops appeared in fields to the southwest. They were ready to fight and fully armed with rapid-firing, seven-shot Spencer carbines.

On the Confederate left, Lomax’s men engaged the Union brigades of Thomas C. Devin, Alfred Gibbs, and George A. Custer, and after intense fighting were driven back to the same ridge line occupied by Wickham. There, Lomax reoriented his men to lengthen the Confederate line to the east. A midday lull in the fighting provided Stuart with the opportunity to hear from Confederate general Braxton Bragg that the Richmond defenses were in order and that reinforcements were on the way. But before they could arrive, Sheridan renewed his attack. His men, both mounted and dismounted, charged amid the roar of a sudden thunderstorm. Custer’s men aimed for the center of the Confederate line and the position of the Baltimore Light Artillery.

Confederates on all sections of the line noted Stuart’s sudden appearances at the front throughout the day. As Stuart made his way toward the Baltimore Light Artillery a little after four, Union troops charged across Turner’s Run—a stream that bisected and ran perpendicular to the Telegraph Road—and up the ridge to the Confederate position. Witnessing the devastating break in his line, Stuart immediately galloped to the position of his old command, the 1st Virginia Cavalry. His presence helped stabilize the line, driving the Union troops back.

One of the soldiers driven away was Private John A. Huff of the 5th Michigan Cavalry. Formerly a member of one of Hiram Berdan’s famed sharpshooters’ regiments, Huff took aim and fired a single shot at the mounted cavalier, inflicting a mortal wound to Stuart’s side. Fitzhugh Lee took command of the field, but Stuart continued to shout orders. The sight of some retreating Confederates left him outraged: “Go back! Go back!” he yelled to them, “I had rather die than be whipped!”

Within the hour, the vastly outnumbered and rain-soaked Confederate cavalrymen fell back toward the Chickahominy River.

With the Confederate cavalry in retreat, Sheridan’s troops moved south to Richmond. They were tempted to storm the city that same evening, but Sheridan thought better of it and instead marched around Richmond and joined Benjamin Butler’s Army of the James at Bermuda Hundred. By the end of the month, and just in time to participate in the slaughter at Cold Harbor, he would rejoin Grant.

Meanwhile, the mortally wounded Stuart was taken from Yellow Tavern to a relative’s home in Richmond, where he slowly succumbed to his wounds. He died at seven thirty on the evening of May 12. On August 11, Confederate general Wade Hampton assumed command of the Confederate cavalry corps. Though Hampton competently led the horsemen in the war’s final year, the Army of Northern Virginia had lost its finest cavalryman. Robert E. Lee later remarked, “I can scarcely think of him without weeping.”