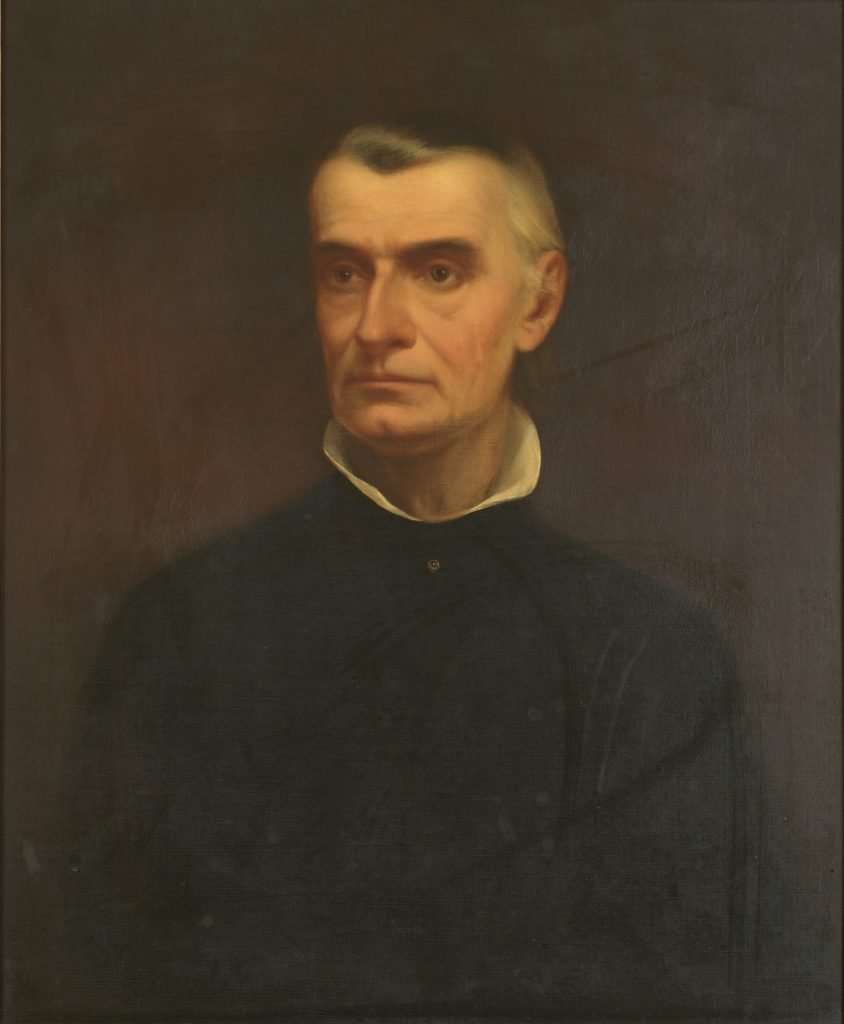 John Sergeant Wise was born on December 27, 1846, in Rio de Janeiro, Brazil, while his father was serving as U.S. minister to that country. He was the son of Henry A. Wise, a former member of the House of Representatives and future governor of Virginia, and the second of his three wives, Sarah Sergeant Wise. They named him for her father, former Pennsylvania congressman John Sergeant. Soon after Wise was born the family returned to Virginia, and he grew up on the family farm in Accomack County, where his mother died before his fourth birthday. Following his father’s third marriage they lived in Richmond, where his father served as governor from 1856 to 1860, and afterward at his father’s new plantation in Princess Anne County.

In the spring of 1862 Wise and his stepmother moved in with relatives in Franklin County, and then in September he entered the Virginia Military Institute. He was present at the funeral of Thomas J. “Stonewall” Jackson in 1863 and was wounded but not seriously at the Battle of New Market on May 15, 1864. With the sponsorship of his father’s friend, Confederate general William Mahone, Wise received a commission in September as a drillmaster with the rank of second lieutenant in the Confederate army. He served in southwestern Virginia, in Richmond, and at the end of the war as a courier carrying messages between General Robert E. Lee and Confederate president Jefferson Davis. Wise was paroled late in April 1865 after General Joseph E. Johnston surrendered in North Carolina. Two months later, while visiting his uncle, General George Gordon Meade, in Philadelphia, he witnessed the triumphal return parade of the U.S. Army.

Wise matriculated at the University of Virginia in 1865 and studied moral philosophy while also earning a law degree in 1867. He then moved to Richmond and practiced with his father until his father’s death in 1876. On November 3, 1869, Wise married Evelyn Byrd Beverley Douglas in her hometown of Edgefield (later part of Nashville), Tennessee. They had seven sons, two of whom died in childhood, and two daughters.

Disapproving of the conduct of the leaders of Virginia’s new Conservative Party, Wise and his father charted independent political courses. In 1872 they voted against Wise’s own cousin, George D. Wise, the Conservative Party candidate for the House of Representatives. Wise’s elder brother, Richard Alsop Wise, a physician, also followed an independent political course and became a Republican by the end of the 1870s and was elected to the House of Representatives as a Republican in 1898 and 1900.

During the 1870s the state’s political leaders divided into two factions. Funders advocated payment of the full principal and interest on the public debt left over from the state’s pre-war support of railroad construction. Readjusters favored reducing the amount of principal and interest to be paid in large part to provide adequate money for the new public school system. At the 1877 Conservative State Convention Wise supported Mahone, the leading advocate of readjustment, for governor, but Wise did not fully embrace the Readjusters until 1880. He then quickly went all the way. In July of that year the new Readjuster Party, which had made an alliance with the state’s African American Republicans, nominated him for the House of Representatives from the district consisting of the counties of Caroline, Chesterfield, Hanover, Henrico, and Louisa, and the cities of Richmond and Manchester. During the campaign Wise allied himself with the district’s Republicans, but his cousin George D. Wise, running as a Democrat, defeated him 10,931 to 8,566. Partisan politics had become bitterly divisive by then, and early in the campaign Wise came close to fighting a duel. 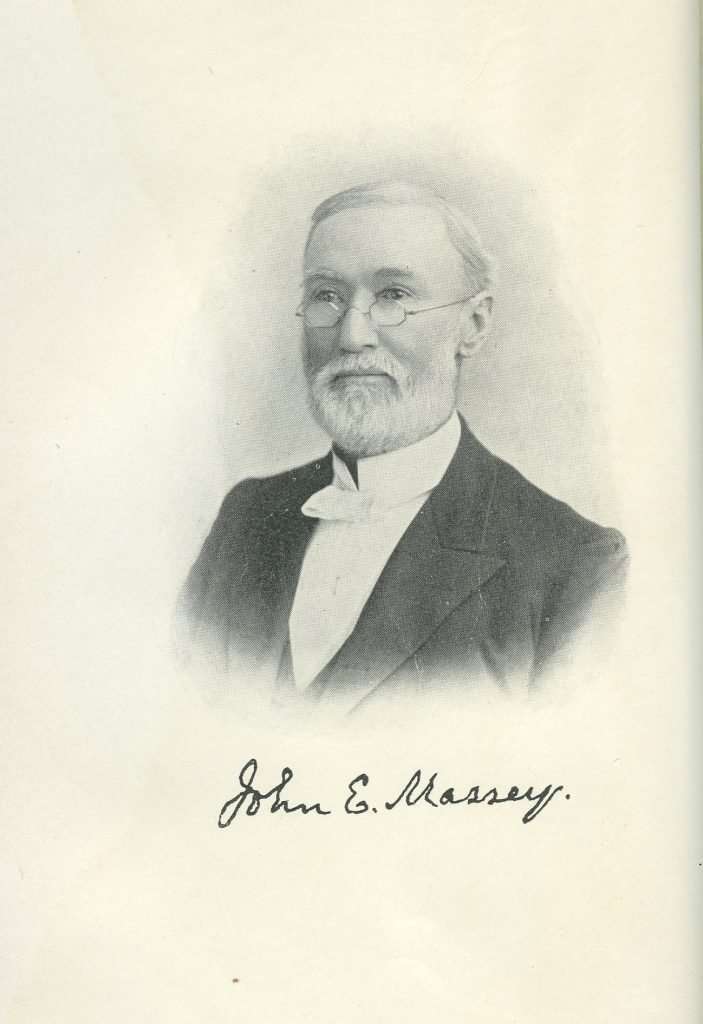 In May 1882 under appointment of the Republican president, Wise became U.S. attorney for the Eastern District of Virginia and served until March 1883. Shortly after his appointment, when Virginia received an additional seat in Congress but before the assembly had redistricted the state, he ran for the House of Representatives as the Readjuster candidate at large. Shortly after his nomination, Wise and John S. Crockett faced each other in a duel after Wise accused Crockett of lying about remarks Wise had made regarding honor and indebtedness. During the first volley both men missed, while the second volley saw Crockett miss and Wise’s pistol not discharge. Neither man was injured. Wise defeated John E. Massey, a founder of the Readjusters who had broken with the party, by a vote of 99,992 to 94,184. Massey unsuccessfully challenged the legality of his election. Wise served on the Committees on Mississippi River Improvements, on Invalid Pensions, and on the Census. He occasionally exhibited his sharp debating instincts and wit during his one term in the House of Representatives. Wise did not seek a second term in 1884.

In 1885 after the Readjuster Party had ceased to exist Wise easily won the nomination for governor at the Republican Party convention on July 16 and campaigned against the Democratic Party’s nominee, former Confederate general Fitzhugh Lee. Wise was a brilliant debater and clever phrasemaker and conducted an extremely energetic and colorful campaign. Wise slugged a Democrat aboard a train during the campaign, and almost fought another duel. On election day, Wise lost to Lee 136,510 to 152,544. Wise’s old opponent for Congress, John E. Massey, won election as lieutenant governor on the ticket with Lee.

Wise and Mahone fell out during the following years as they vied for control of the Republican Party in central Virginia, and at the 1888 national convention Wise led a successful challenge to the seating of delegates loyal to Mahone. Both men were highly opinionated, reluctant to take advice, and even more reluctant to yield to any other person’s leadership. Both also acquired numerous enemies, so that by 1888 Wise had withdrawn from Virginia politics. Somewhat like his father, he was mercurial and reportedly once struck Massey when cross-examining him in court. Also like his father, he was deeply committed to what sometimes appeared to be contradictory beliefs. Wise worked in alliance with African American politicians for several years in the 1880s, but he was also a believer in white supremacy and wrote fiction and political tracts in a blatantly racist dialect demeaning to African Americans. Opposed to granting the vote to African Americans, he later defended their right to vote when southern Democrats passed poll taxes and other laws to deny their rights because he believed that the devices used for that purpose were illegal or unconstitutional. He argued twice in federal court against the constitutionality of the Virginia Constitution of 1902 that disfranchised many African American and poor white Virginia voters. After losing the case in the U.S. Supreme Court, however, he asserted that he had taken it only for the fee.

Wise was a highly successful attorney. Working for the Sprague Electric Railway and Motor Company, of New York, he defended the company’s stringing of electric lines above Richmond city streets when the company began operating the first successful electric streetcar system in the country. The American Bell Telephone Company sued the railway, which it claimed interfered with its telephone and electric wires, but Wise enabled Sprague to win the case. In 1888 Wise moved to New York, fleeing the toxic political atmosphere in Virginia, to become Sprague’s chief counsel. For almost a decade he argued cases in federal and state courts in defense of the company’s electric streetcar and trolley lines. Wise rose to the top of the bar in the city and also participated in Republican Party affairs in New York. 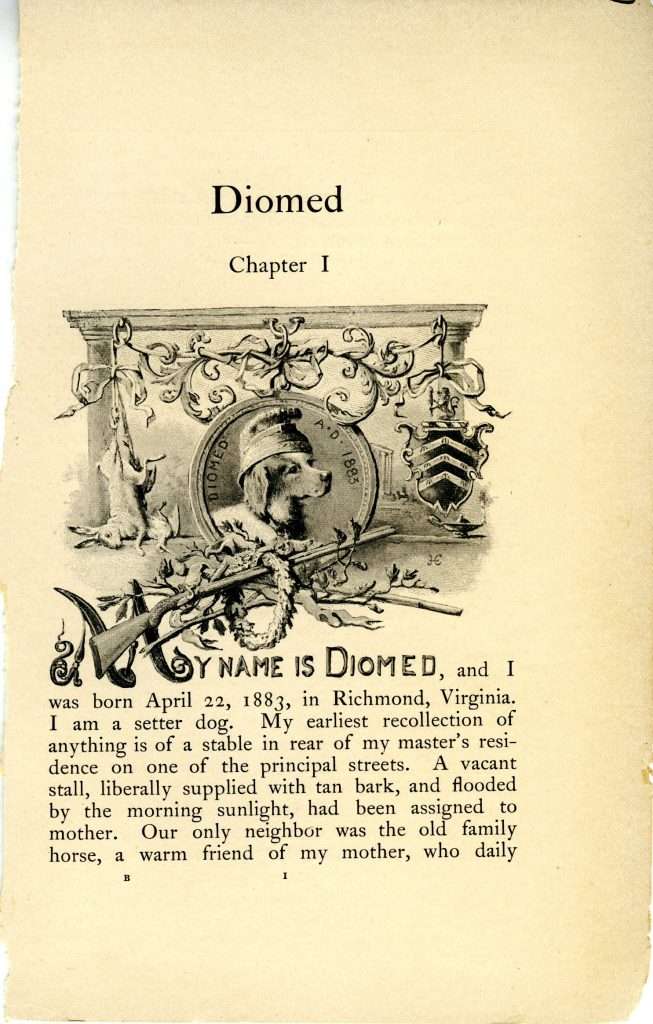 Diomed: The Life, Travels, and Observations of a Dog

Wise was both a gifted speaker, often in demand, and a very successful writer. In 1897 he published Diomed: The Life, Travels and Observations of a Dog, which was a pioneering effort in what soon became a popular literary genre. Written as if in the voice of Wise’s favorite hunting dog, it was extremely popular and featured many anecdotes of Wise’s life, particularly his love of hunting birds and small game. Wise helped found the Virginia Field Sports Association in 1886, serving as its first president, and in 1892 was vice president of the Pointer Club of America. In 1899 he published The End of an Era, an account of his childhood and service during the Civil War, and in 1905 The Lion’s Skin: A Historical Novel and a Novel History, a very thinly disguised novel about his political career. Both books contain vividly worded portraits of the events in which he was involved and the people he encountered, and The Lion’s Skin includes very sharp comments on many of the state’s political leaders, reserving the highest compliments for himself in the guise of Powhatan Carrington. Wise’s Recollections of Thirteen Presidents (1906) included anecdotes spanning his father’s and his own political careers, and it and his Treatise on American Citizenship (1906) extolled Virginia’s contributions to American history.

Poor health forced Wise to retire from his law practice about 1907, and he moved to Kiptopeke, at the southern end of Virginia’s Eastern Shore in Northampton County. He spent several months near Philadelphia during the winter of 1912–1913 under the care of a physician relative. Wise died at the residence of one of his sons near Princess Anne, Maryland, on May 12, 1913, en route back to Kiptopeke. He was buried in Hollywood Cemetery in Richmond.