Stevens was born free in Petersburg and was the son of Christopher B. Stevens, a carpenter, and Mary A. Stevens, both of whom were literate and belonged to Gillfield Baptist Church in the city. Educated at home by his mother, Stevens remained with his parents in Petersburg during the Civil War and afterward worked in a clerical capacity for the army in Greensville County, south of Petersburg. After reportedly working on the staff of one of the committees of the Constitutional Convention of 1867–1868, he moved to Sussex County, southeast of Petersburg, to teach school.

W. N. Stevens, as he sometimes signed his name, attended the March 1869 state convention of Radical Republicans in Petersburg and on July 6 of that year, when voters ratified the new state constitution, he won election to a two-year term in the House of Delegates to represent Sussex County. He defeated a white Conservative candidate 1,125 to 534. One of thirty African Americans elected to the General Assembly that year, Stevens served on the Committees on Agriculture and Mining and on Militia and Police.

At the brief October 1869 special session, Stevens voted to ratify the Fourteenth and Fifteenth Amendments to the Constitution as Congress required before it admitted senators and representatives from Virginia to their seats. On June 29, 1870, he voted for a motion to strike a requirement for racial segregation from the bill to create the first statewide system of public schools for all children, but it was defeated. The next day Stevens then proposed an amendment “that no distinction shall be made in the appointment of the school trustees . . . on account of race or color,” but it was defeated, too. On the first of July he and many of the other African American delegates voted against passage of the bill that they favored as their only way to register their protest against enforced segregation. On one of the last days of the final session in March 1871, Stevens and most of the other African American delegates voted to refinance the prewar public debt at 6 percent interest, which produced treasury deficits and starved the public schools of money. 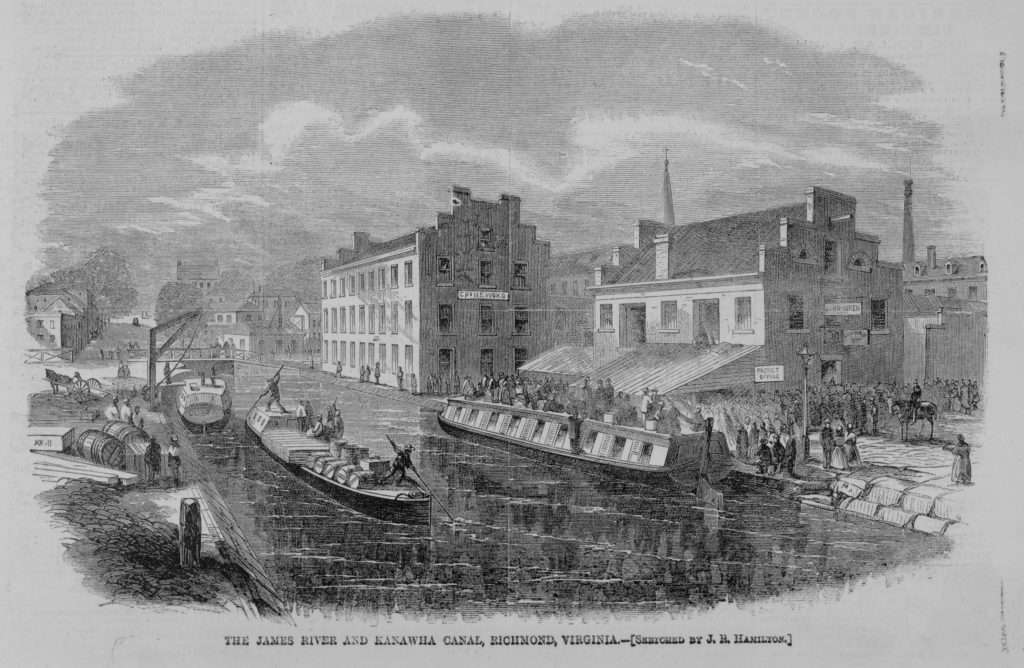 A white observer described Stevens in the summer of 1870 as having acquired “substantial education” and possessing a “modesty of demeanor and conciliating” manner. Two unverified episodes in newspaper articles published during his term in the House of Delegates suggest that he had a more volatile personality. At the end of the session that met from February through July 11, 1870, Stevens reportedly proposed to settle a difference of opinion with Petersburg delegate George Fayerman, who was also African American, with their fists. Shortly before the adjournment of the next session in March 1871, Stevens was reported to have left a suicide note in the room he shared with Delegate Peter K. Jones, of Greensville County. Jones, fearing that Stevens had killed himself after being disappointed in a love affair, enlisted several friends to search the canal and river in Richmond. Stevens had not killed himself. He also never married.

Stevens retained close ties to Petersburg and may have maintained a residence there. On June 1, 1871, he purchased a lot in the city’s Pocahontas neighborhood for $200 and on September 5 purchased on credit his father’s real estate in the same vicinity after a court ordered it sold for debt. He later repaid the loan and may have conveyed his father’s house to his mother. Stevens’s residence in Sussex County is poorly documented, however. He acquired a 239-acre tract of land east of the county courthouse in 1874 and borrowed money on it in 1877. He borrowed against it again in 1884, but after he defaulted on payment the property was sold at auction in December 1888. 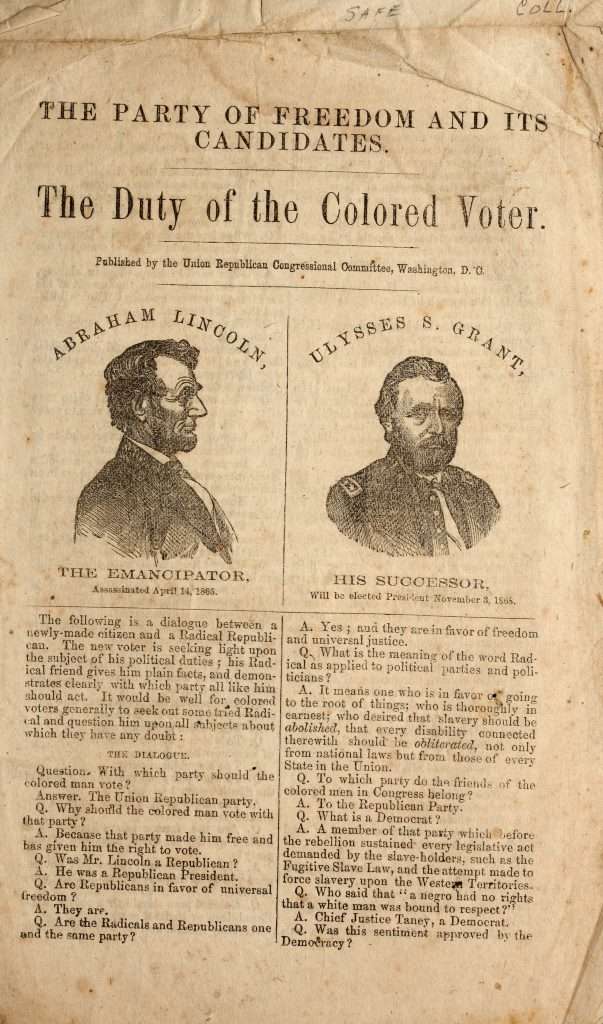 In November 1871 Stevens defeated a Conservative by a margin of 2,396 to 560 to win election to a four-year term in the Senate of Virginia to represent the district that included the counties of Dinwiddie, Greensville, and Sussex. As an African American and a Republican, he was in a small minority and was appointed to the lowest-ranking seat on the Committee on Public Institutions. Halfway through his term he was transferred to the lowest-ranking seat on the less-influential Committee on Federal Relations. Reelected in 1875 by a vote of 2,547 to 1,432, Stevens remained the lowest-ranking member of the Committee on Federal Relations, but halfway through his second term he received a seat on the influential Committee on Privileges and Elections, although it was also the lowest-ranking seat. Never in a position to be an influential senator, he tried repeatedly beginning during his term in the House of Delegates to abolish the whipping post for punishing African Americans, a painful and humiliating relic of slavery times.

Stevens did not run for a third term in the autumn of 1879, perhaps because about that time he became collector of internal revenue in Greensville County, a patronage position that his long involvement in the Republican Party earned him. He moved to Hicksford  (later Emporia ), in Greensville County, and in March 1881 represented that county in a convention of African American Republicans that met in Petersburg. The convention elected him secretary and voted to affiliate in that year’s general election with the biracial Readjuster Party. The Readjusters proposed refinancing the prewar public debt to reduce the amount of interest and principal to be paid to increase appropriations for the public schools. In November, when Readjusters retained their recently won majorities in both houses of the General Assembly and also elected the governor, lieutenant governor, and attorney general, Stevens ran for his old state senate seat, which was open as a result of changes made to the number of senators and when they were elected. He won again by a large majority, 2,468 to 1,049.

Having lost seniority while absent from the Senate, Stevens received low-ranking seats on the Committee of Public Institutions and Education, the Committee on Roads and Internal Navigation, and the less-influential Committee to Examine the Second Auditor’s Office. The 1881–1882 session of the General Assembly adopted more reforms of importance that any other in the century. The assembly finally abolished the whipping post, although Stevens was not patron of either of the bills introduced in the Senate for that purpose. It also refinanced the debt, increased appropriations for the public schools, reduced taxes on farmers, raised taxes on corporations, and converted a treasury deficit into a surplus. The Readjusters submitted and the voters ratified a constitutional amendment to repeal the poll tax as a prerequisite for voting, which had reduced the number of African American voters and the number of African American candidates able to win election to the General Assembly. Stevens voted with the majority to establish Virginia Normal and Collegiate Institute (later Virginia State University), the state’s first public institution of higher education for African Americans. During the same session he introduced a successful bill for the erection of buildings for the Central Lunatic Asylum (later Central State Hospital), the first public mental hospital for African American patients, at its new location near Petersburg.

In 1882 Stevens sought the nomination for the United States House of Representatives from the Fourth Congressional District, which consisted of Petersburg and eleven counties south and west of the city, including Dinwiddie and Greensville but not Sussex. He reportedly had the support of William Mahone, leader of the Readjusters and then a Republican member of the United States Senate, and James Dennis Brady, his district supervisor as collector of internal revenue in Petersburg and a future Republican member of Congress. Newspaper reports speculated that Stevens was the most likely African American to win the nomination, but at the joint convention of the district’s Readjusters and Republicans on August 17, a white Readjuster, Benjamin Stephen Hooper, won the nomination and went on to win the election.

In the spring of 1883, Stevens took a job as a clerk in the pension office in Washington, D.C., a patronage position in which he served until after a Democratic administration began in 1885. He remained involved in Virginia politics, though. Stevens’s name was first in a long list of Readjusters (many of them African American) who later in 1883 during the general election campaign published An Address to the Colored Voters of the State of Virginia that praised what Readjusters had done to benefit African Americans and also condemned their opponents as well as Republicans who did not energetically enough support causes of importance to African Americans; but Democrats won majorities in both houses of the General Assembly in the November election. Two weeks after the election, Stevens resigned from the Senate of Virginia. The incoming Democratic majority intended to challenge his eligibility on the grounds that his job in Washington made him ineligible because he had moved out of his district.

About 1886 Stevens moved back to the house in Petersburg, where his parents still lived. The 1886 Petersburg city directory identified him as a shoemaker, but that may have been an error resulting from confusion with another man of the same or a similar name recorded as living elsewhere in the city in directories for other years. In the summer of 1887 Stevens and several other African American men were examined by a judge in the Henrico County circuit court and were “declared qualified to practice law,” although with whom Stevens studied or whether he practiced is unknown. William Nash Stevens died of cancer of the tongue likely at his home in Petersburg’s Pocahontas neighborhood on April 18, 1891, and was buried at People’s Memorial Cemetery, in the city.

William Nash Stevens is born free in Petersburg, the son of Christopher B. Stevens, a carpenter, and Mary A. Stevens. Stevens is educated at home by his mother.

William Nash Stevens works in a clerical capacity for the army in Greensville County.

William Nash Stevens works on the staff of one of the committees of the Constitutional Convention of 1867-1868 then moves to Sussex County and teaches school.

William Nash Stevens is elected to a two-year term in the House of Delegates representing Sussex County.

William Nash Stevens is elected to a four-year term in the Senate of Virginia representing the counties of Dinwiddie, Greensville, and Sussex.

William Nash Stevens is reelected to the Senate of Virginia. He is appointed to the influential Committee on Privileges and Elections.

William Nash Stevens runs for his old seat in the Senate of Virginia representing the counties of Dinwiddie, Greensville, and Sussex, and is elected to a third term.

William Nash Stevens seeks nomination to the United States House of Representatives from the Fourth Congressional District.  He loses to a white candidate.

William Nash Stevens takes a job as a clerk in the pension office in Washington, D.C.  He remains active supporting politicians who work to benefit African Americans and helps publish An Address to the Colored Voters of the State of Virginia.

Due to an impending challenge related to his residence in Washington, D.C., William Nash Stevens resigns from the Senate of Virginia.

William Nash Stevens moves back to Petersburg and qualifies to practice law.

William Nash Stevens dies in Petersburg and is buried at People's Memorial Cemetery.