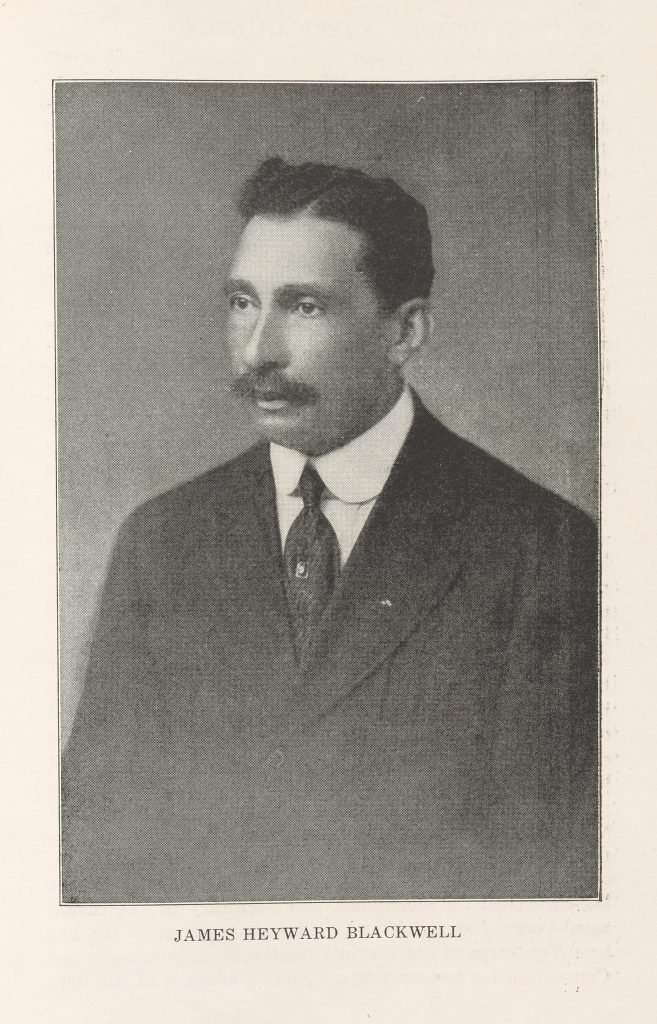 Jordan was born probably into slavery in Petersburg, and was the son of a carpenter or builder, Armistead Jordan, and Harriet Smith Jordan. He and his siblings attended school and his sister Annie Estelle Jordan later became a teacher and married educator James Heyward Blackwell. There is no indication that Jordan married or had children. By 1882 he was working in the city as a barber. On December 19, 1884, he purchased a city lot from the Virginia Building and Savings Association for $265; he then sold it for $400 on March 18, 1885. Jordan continued working as a barber until about 1886 or 1887. He was most likely the W. H. Jordan who was “permitted to practice law” in the Petersburg court on July 21, 1887, but where or with whom he studied is unknown. He may have been owner or manager of W. H. Jordan and Company, a partnership listed in the 1888–1889 city directory that sold dry goods and other merchandise.

It is unclear when or how Jordan got involved in politics. His native city of Petersburg was the hometown of William Mahone, who in 1879 founded the Readjuster Party to refinance the state’s prewar public debt to reduce the rate of interest and amount of principal to be paid in order to be able to transfer tax revenue from debt service to the money-starved public school system. Jordan did not attend the March 1881 convention of African American Republicans in Petersburg that voted to affiliate with the Readjusters in that year’s election for governor and members of the General Assembly, but not long afterward he obtained a job in the customs house in Petersburg, which suggests that he then supported the Republican Party, which Mahone joined after he was elected to the United States Senate.

Late in September 1885, Petersburg Republicans nominated Robert McCandlish, a white Republican, for a second two-year term in the House of Delegates then separately nominated an African American for the city’s other, vacant, seat. Jordan, who was then identified as a close follower of Mahone, won the nomination on the fourth ballot. After Jordan’s nomination some delegates who were opposed to his candidacy reportedly “cried out ‘Jordan is a hard road to travel'” and some African American Republicans even petitioned party leaders to withdraw his nomination. William Mahone responded that since Jordan was duly nominated by the Republican convention, he could not ask for Jordan’s withdrawal. At a gathering of the African American faction early in October, all opposition to Jordan quickly fell away, and he and McCandlish won election: McCandlish received 2,413 votes, Jordan 2,326, and two white Democrats 1,877 and 1,855 each. 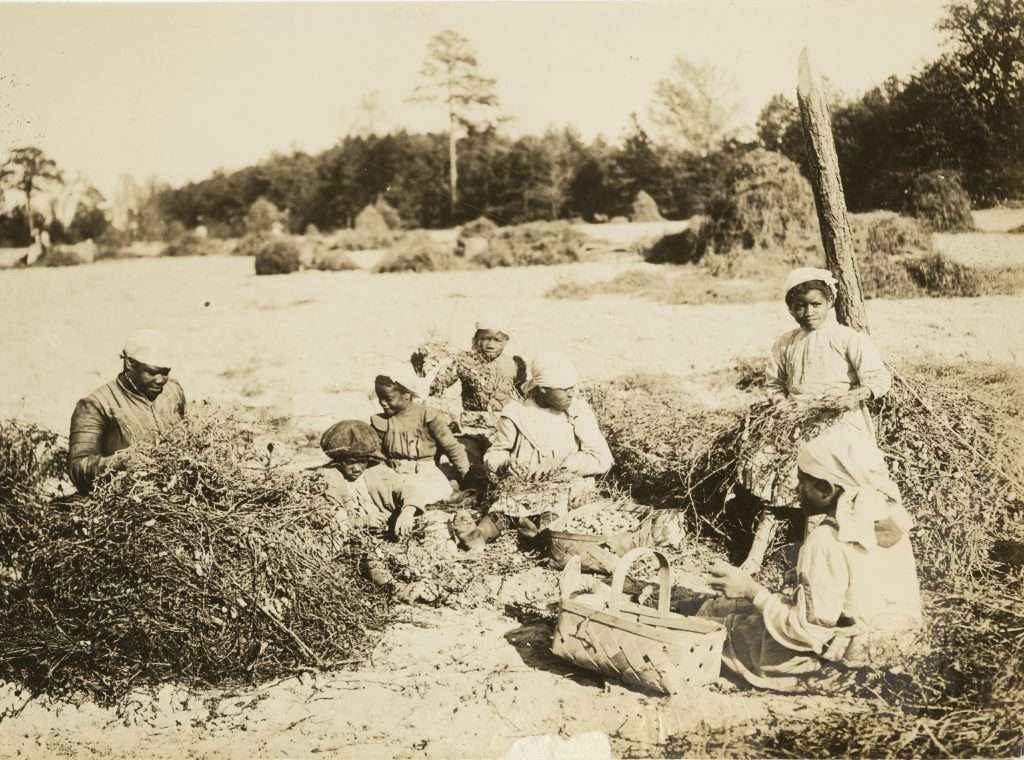 The Democratic speaker of the house appointed Jordan to the second lowest-ranking seats on the Committees on Propositions and Grievances and on Executive Expenditures and the lowest-ranking seat on the Committee on Printing, none of them among the most influential committees. Jordan was not particularly active as a new member during the winter of 1885–1886, but he unsuccessfully nominated a white Readjuster-Republican, Richard Watson Arnold, for a second term as county judge of Sussex County. Jordan introduced a bill to incorporate the Colored Agricultural and Industrial Association of Virginia, which passed. He was an original member of the association’s board of directors and also its general manager. The organization was established to hold an annual fair to exhibit agricultural and industrial products from Virginia African Americans.

The city council appointed Jordan to the Petersburg school board in the summer of 1886, but he may not have taken his seat because his opponents charged that he did not live in the district he had been appointed to represent. If he had been serving on the school board the following year, he would have been ineligible to retain his seat in the General Assembly. The journal of the special session of the General Assembly that met in the spring of 1887 to revise the Code of Virginia records that Jordan introduced a bill that passed to incorporate the Guy’s Run Company, a mining company in Rockbridge County; but that was probably a mistake because Charles F. Jordan, the white delegate who represented that county, would have been the logical person to introduce the bill for the entrepreneurs. Perhaps the most important issue the assembly dealt with in that session was enactment of a law popularly known as the Coupon Crusher to prohibit payment of taxes with interest-bearing coupons from bonds the state issued in 1871 and 1879 when it refinanced the public debt. Payment with coupons instead of with money had led to almost a decade of budget deficits and reduced appropriations for the public schools. Jordan probably voted for some of the anti-coupon bills that passed during his first year in the assembly, but they had been ineffective, and federal courts invalidated some of them as well as earlier laws for the same purpose. The Coupon Crusher passed the House of Delegates on a voice vote on May 11, 1887.

During that session of the assembly, a reporter asked each of the Republican legislators whom he favored for president in 1888. Jordan named Ohio senator John Sherman, a staunch supporter of African American rights, as his first choice and Mahone as his second. Jordan either did not seek or did not receive the Republican nomination for a second term 1887. In the 1888 congressional election he campaigned against John Mercer Langston, an African American Republican, and for Richard Watson Arnold, the white Republican whom Mahone endorsed.

The name of William H. Jordan disappeared from the Petersburg tax rolls after 1889 when he owned no personal property of taxable value and paid $1.00 in school taxes. Described in the 1940s as having been a lawyer and railway mail clerk who lived the latter part of his life somewhere in the north, it is not known for certain where he went, whether the later description of him as a lawyer and railway mail clerk in the north is accurate, or when and where he died and was buried.

William H. Jordan is born, likely enslaved, in Petersburg, the son of Armistead Jordan, a carpenter or builder, and Harriet Smith Jordan.

February 25—26, 1879
The Readjuster Party is founded at a convention in Richmond with the goal of "readjusting," or reducing the amount the principal of and the rate of interest on the state debt.
1881

William H. Jordan does not attend the convention of African American Republicans in Petersburg that voted to affiliate with the Readjusters in that year's election for governor and members of the General Assembly.

William H. Jordan purchases a city lot from the Virginia Building and Savings Association for $265

At a gathering of the African American faction of the Republican Party, all opposition to William H. Jordan quickly fell away, and he and McCandlish won election.

William H. Jordan wins a contentious Readjuster Party nomination for the House of Delegates and subsequently elected to a two-year term representing Petersburg.

William H. Jordan introduces a bill to incorporate the Colored Agricultural and Industrial Association of Virginia. He was an original member of the association's board of directors and also its general manager.

William H. Jordan is appointed to the Petersburg school board, but he may not have assumed the position.

A reporter asks each of the Republican legislators whom he favors for president in 1888. William H. Jordan names Ohio senator John Sherman, a staunch supporter of African American rights, as his first choice and William Mahone as his second.

The journal of the special session of the General Assembly meets to revise the Code of Virginia records that William H. Jordan introduces a bill that passed to incorporate the Guy's Run Company, a mining company in Rockbridge County; but that was probably a mistake.

William H. Jordan either does not seek or does not receive the Republican nomination for a second term.

The Coupon Crusher passed the House of Delegates on a voice vote. This was a law to prohibit payment of taxes with interest-bearing coupons from bonds the state issued in 1871 and 1879 when it refinanced the public debt.

William H. Jordan is permitted to practice law in the Petersburg court.

William H. Jordan may be the owner or manager of W.H. Jordan and Company, a dry goods and merchandise partnership.

William H. Jordan disappears from the Petersburg tax rolls after this date. He may have moved to the North and worked as a lawyer and railway mail clerk.