As early as the 1750s, white Baptist missionaries with ties to revival movements in New England had succeeded in converting slaves and free blacks in Virginia. As the colony moved toward independence from the English Crown, the state saw the creation of three independent black Baptist congregations, two in Petersburg (1756 and 1772) and one in Williamsburg (1776). During this early period, there had been a tendency toward full independence for these churches. As slave culture began to define the state, region, and nation, two other models of black Baptist identity began to take shape. From its early colonial days, white Baptists had insisted on mixed congregations. Equal standing within the congregation began to give way to second-class status in the nineteenth century, particularly in the visible reminder of black members relegated to the back pews or to a separate entrance to balcony pews. When it became clear that a separate church was needed for a black congregation, as in the case of First Baptist, Richmond, black believers were given limited independence through a deacon body and assistant pastors under the supervision of a white pastor, which Virginia law required. In each of the three models of church life, black Baptists in Virginia, as well as throughout the nation, had the beginnings of independent religious life, even within the bounds of slavery.

In the aftermath of the Civil War, southern white Baptists had to make sense of the Confederate defeat, but black Baptists found in the Union victory God’s providential plan for a free people in a free state and by extension a free church. By 1867 it was clear to black church leaders that a separate institutional life made the most sense. Building on independent congregations throughout the state, a group of preachers and lay leaders met in Portsmouth to form an associational body, modeled after white Baptists’ church government practices, called the Virginia Baptist State Convention (VBSC). With this institutional step, black Baptists in Virginia began a plan for organizing churches across the state. Their widespread success in forming churches meant that a structural foundation was in place for church growth and that meant a need for more ministers. 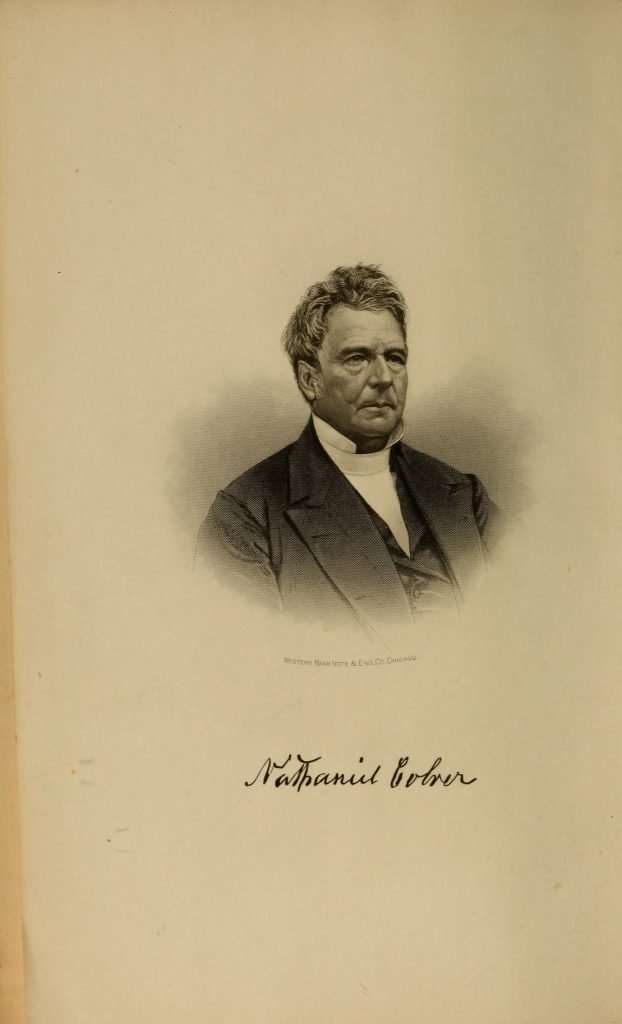 The lack of formal training among Baptist ministers explained why Baptists had made inroads among slaves and freedpeople prior to the war more so than Presbyterians with a formalized system for ordination. After the war, freedpeople knew that their best economic chance in the United States was tied to formal education. They sought to capitalize quickly on their freedom to create schools for their children. During the war and in its immediate aftermath, the American Baptist Home Mission Society (ABHMS) had sought to expand freedmen education by setting up schools. Shortly after the war’s end, the ABHMS sent the Reverend J. G. Binney, a former missionary to Burma, to Richmond to establish a school. Within a few months, Binney abandoned the plan and went back to Burma. The society, however, had not given up on the freedpeople in Richmond and in 1867 sent Dr. Nathaniel Colver, an abolitionist and theology professor at the Old University of Chicago. Though his success in Richmond was limited, Colver established what became known as the Colver Institute. Prior to Colver’s arrival in Richmond, First African Baptist Church had called its first black senior pastor, the Reverend James H. Holmes. He had served the congregation as an assistant pastor since 1865. The transition to full independence in African American churches in Virginia was complete by 1867. Full independence in education would take longer and would divide black Baptists in the state for more than a generation.

The education arm of the ABHMS had sought to reach out to freedpeople through education during the Civil War. Its success meant that it was ready to flood areas with missionary teachers in the immediate aftermath of the hostilities. The teachers’ efforts bore fruit with the quick establishment of Hampton Normal and Agricultural Institute in Newport News in 1868. Their success in Richmond was limited because of a growing sense of self-determination in the city. Binney had failed to gain the trust of black religious leaders in Richmond and he encountered resistance trying to recruit students. Colver initially experienced a similar challenge but tried to gain support by reaching out to Holmes. In this way, Colver began a process to bridge the racial chasm that existed in the growing sense of race pride that black leaders felt when building institutions. Their limited financial resources, however, meant that they could not carry out the educational expansion they desired. The rapid growth of Baptist churches across the state highlighted the need for preachers. Though there was an anti-intellectual position within Baptist churches, with the most notable example found in the Reverend John Jasper, black church leaders understood the importance of an educated clergy for the betterment of the community as a whole. The need for functioning schools meant that leaders had to build alliances with groups with financial resources. The ABHMS wanted to build schools, not churches, so it was ready to send money and other resources into the state. The strings attached to those finances reveal a deeper racial tension that would split the Virginia State Convention of Baptists into two competing state conventions at the turn of the twentieth century.

From 1867 until 1890 black Virginia Baptists continued to work together with ABHMS to further black students’ primary through secondary educational needs. With the formation of a girls’ school in Richmond along with the transition of the Colver Institute into Richmond Institute, ABHMS worked to support the needs of students and focused on Richmond as a center for educational outreach. The prevailing leadership model, however, had white leaders in administrative roles and on faculty. Though ABHMS appeared to see the need for black instructors and hired a few black teachers, leadership positions remained in the hands of those the ABHMS deemed capable of leading, which in the racial politics of the time meant white men.

By 1890 some within the VBSC saw a vision for theological education that would be led by black administrators and teachers and opened the Virginia Theological Seminary in Lynchburg. The original plan for the institution involved complete independence, but within a year of opening the school had to seek financial assistance from ABHMS. The money came but the ABHMS insisted that the school submit an annual financial report to the society. By 1895, and with ABHMS officials growing frustrated with Virginia Theological Seminary’s failure to send financial statements, the educational arm of the ABHMS had decided to create a regionwide theological seminary that would issue full bachelor degrees. Black leaders in Atlanta and Richmond, including the editor of the Richmond Planet, John Mitchell Jr., began campaigns for their cities to be the home of the new institution. ABHMS officials chose Richmond and consolidated its institutions to that end. Closing Wayland Seminary in Washington, D.C., the ABHMS threw its financial support behind a consolidated university structure with a seminary located on the same property. By 1896, the ABHMS was planning to move forward with building the university at Richmond and signaled that Virginia Theological Seminary would receive support as an institution of secondary education. The new school, Virginia Union University, opened on the northeastern edge of the city in 1899.

By the time Virginia Union opened, the rift among black Virginia Baptists over Virginia Theological Seminary, and the related issue of racial pride focused on black institutions led by black leaders, forced a rupture within the ranks of pastors and lay leaders. In 1899, a second body, Baptist General Convention in Virginia (BGCVA), formed independently of the VBSC to support the newly formed university and seminary in Richmond. The VBSC remained committed to Virginia Theological Seminary and the idea of racial independence. Even as ABHMS gave greater control over Virginia Union University to African Americans and the BGCVA in the twentieth century, the power of allegiances through institution building meant that the schism remained. Both organizations continue to serve black Baptists in Virginia.

RELATED CONTENT
Categories:
MAP
TIMELINE
1756
An independent community of free and enslaved African Americans meets to worship in Prince George County, calling themselves the New Lights.
1774
The New Lights community of free and enslaved African Americans establish the First African Baptist Church in Lunenburg County, later becoming the First Baptist Church in Petersburg. It is one of the oldest African American churches in North America.
1776
Free and enslaved African Americans meet as the First Baptist Church of Williamsburg at the Carriage House of Robert F. Coles, on Nassau Street.
1841
First African Baptist Church of Richmond is founded.
1855
Ebenezer Baptist Church is founded in Richmond.
August 11, 1865
The Colored Shiloh Baptist Association, a union of individual black congregations in central Virginia, is formed and meets in Richmond.
November 1865
The American Baptist Home Mission Society establishes the Richmond Theological School for Freedmen. It later will be known as the Colver Institute, the Richmond Theological Institute, and Virginia Union University.
1867
The Reverend James H. Holmes becomes the first black pastor of First African Baptist Church, in Richmond, serving for thirty-two years.
May 9, 1867
The Virginia Baptist State Convention forms in Portsmouth.
April 1868
The Hampton Normal and Agricultural Institute, a coeducational school for African Americans, is founded in Hampton.
November 1883
Hartshorn Memorial College, an African American Baptist women's college, opens in Richmond with American Baptist Home Mission Society assistance and with Carrie Victoria Dyer as its principal and Lyman Beecher Tefft as its president.
February 5, 1886
The Richmond Institute becomes the Richmond Theological Seminary. The school began as a Baptist theological school for black ministerial students, then offered a general education, and now becomes specialized again.
January 18, 1890
Virginia Seminary opens in Lynchburg under the direction and control of the Virginia Baptist State Convention, later becoming the Virginia University of Lynchburg in 1996.
1895
American Baptist Home Mission Society (ABHMS) makes plans to create a theological seminary for African Americans in the South. Pressure comes from Atlanta and Richmond to place the seminary in one of those two cities. ABHMS chooses Richmond.
1896
Richmond Theological Seminary joins with Hartshorn Memorial College, a nearby school for women, to incorporate as Virginia Union University.
1896
The Virginia Baptist State Convention agrees to a financial compact with the American Baptist Home Mission Society and the Baptist General Association of Virginia (white) to fund a seminary in Richmond and liquidate the debt on the Lynchburg school.
May 1897
By this date, a merger between Virginia Union University and Wayland Seminary, a Baptist institution in the District of Columbia, has been accepted by both institutions and by the American Baptist Home Mission Society.
May 1899
Tensions flare at the annual meeting of the Virginia Baptist State Convention (VBSC) when some leaders of the VBSC reject the terms of a joint educational compact to fund a seminary for African Americans in Richmond, and agree to support fully the seminary in Lynchburg.
June 1899
Delegates to the Virginia Baptist State Convention reelect Anthony Binga Jr. as recording secretary. Binga, a cooperationist, resigns and helps to organize the Baptist General Association of Virginia (Colored), of which he becomes treasurer.
June 20, 1899
Baptist General Association of Virginia (Colored) meets as an independent black Baptist organization, agreeing to abide by the terms of the financial compact with organizations such as the American Baptist Home Mission Society to support Virginia Union University.
FURTHER READING
CITE THIS ENTRY