Born on August 24, 1853, Lyon Gardiner Tyler was the thirteenth of his father’s fifteen children, the last seven of whom were born after the president left office. He was the fifth child by President Tyler and his second wife, Julia Gardiner, a prominent New York socialite. After his father left office in 1845, the Tylers lived at Sherwood Forest Plantation in Charles City County until Lyon was eight years old, when his father’s death in January 1862 and the onslaught of the American Civil War (1861–1865) prompted the family to move north, to the maternal family enclave in Staten Island, New York. In 1869 Tyler returned to Virginia to obtain both a bachelor’s and a master’s degree in law from the University of Virginia. As a student, he was a member of Kappa Sigma Fraternity and the Jefferson Literary Society, and was a well-regarded contributor to the student magazine. 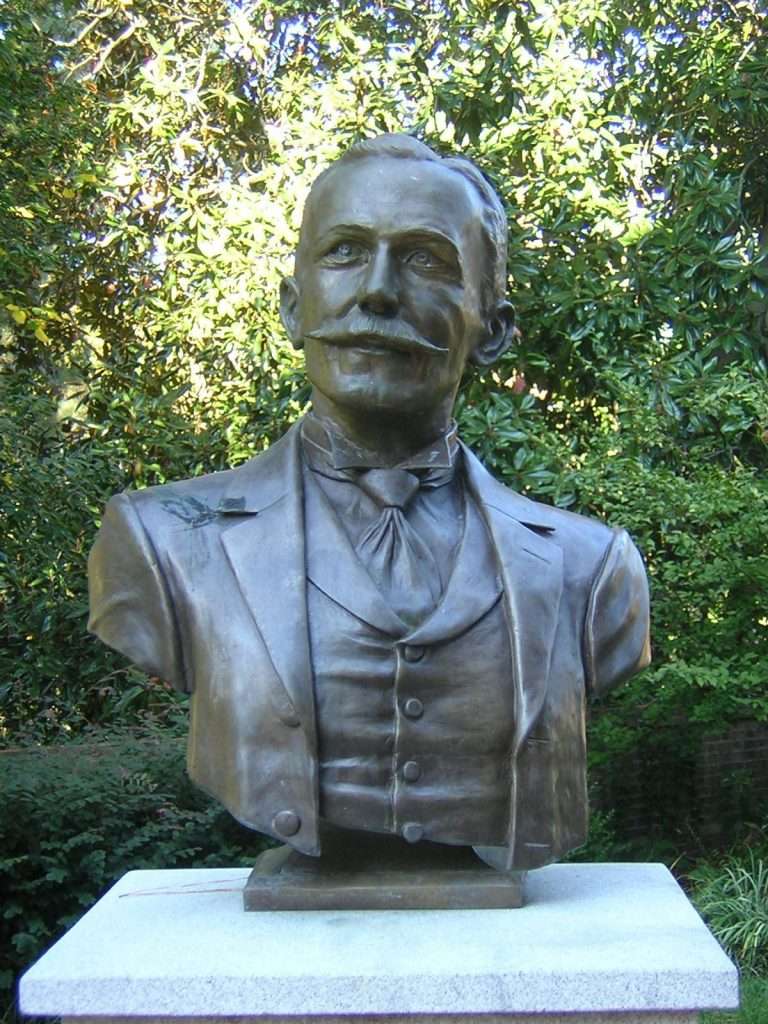 After graduation, Tyler spent one year teaching philosophy and literature at the financially struggling College of William and Mary. When the school could no longer afford to pay his salary, he resigned and spent the next several years as principal of a private school in Memphis, Tennessee. During this time he married his first wife, Anne B. Tucker, of Albemarle County. In 1882, he returned to his home state and began practicing law in Richmond, where his mother then resided. With her support he began work on The Letters and Times of the Tylers (three volumes, 1884–1896), his notable study of politics during the lives of his father and his grandfather, Virginia governor John Tyler (1808–1811). Lyon Tyler was a fierce defender of his father’s policies as president, and later spent a great deal of his retirement railing against what he saw as popular opinion’s indictment of his father and Old South ideals.

While in Richmond, Tyler worked hard to support and reform public education. He taught and served on the board of the Virginia Mechanics Institute, which he helped to revive. His election to the House of Delegates in 1887 put him in an excellent position to lobby for funds for the College of William and Mary. He procured $10,000 for the restoration of the school, which had been dormant nearly seven years due to war damage and inadequate funding. It reopened in 1888 with Tyler at its helm; while there, he also taught courses in American history and political economy. At the Constitutional Convention of 1901–1902, he secured permanent funding for the college and succeeded in getting it established as a state-owned institution. During the period of 1903 to 1907, when Tyler served on the State Board of Education, the public school system was reorganized and developed. Virginia’s public school system became coeducational in 1915 and, by the end of Tyler’s presidency of William and Mary in 1919, many alumni went on to assume prominent positions in the new school systems.

Work as Historian and Author

During his presidency of the college, Tyler became a vigorous scholar of Virginia history, conducting research throughout the state and campaigning for the preservation of local courthouse and genealogical records. In 1896, he persuaded the General Assembly to appropriate $5,000 for copying seventeenth-century county court books, setting a precedent for the preservation of state records through public spending. In later years, he made the preservation of such records his personal mission, traveling extensively throughout Virginia to gather historical and genealogical material from cemeteries and courthouses. He was elected to the State Library Board in 1915 (during his term as president of William and Mary) and served until his death in 1935, all the while encouraging the collection, printing, and distribution of primary source materials. He could also boast fifty-two years of membership in the Virginia Historical Society, including forty-seven years on its executive committee and thirty-two as a vice president. 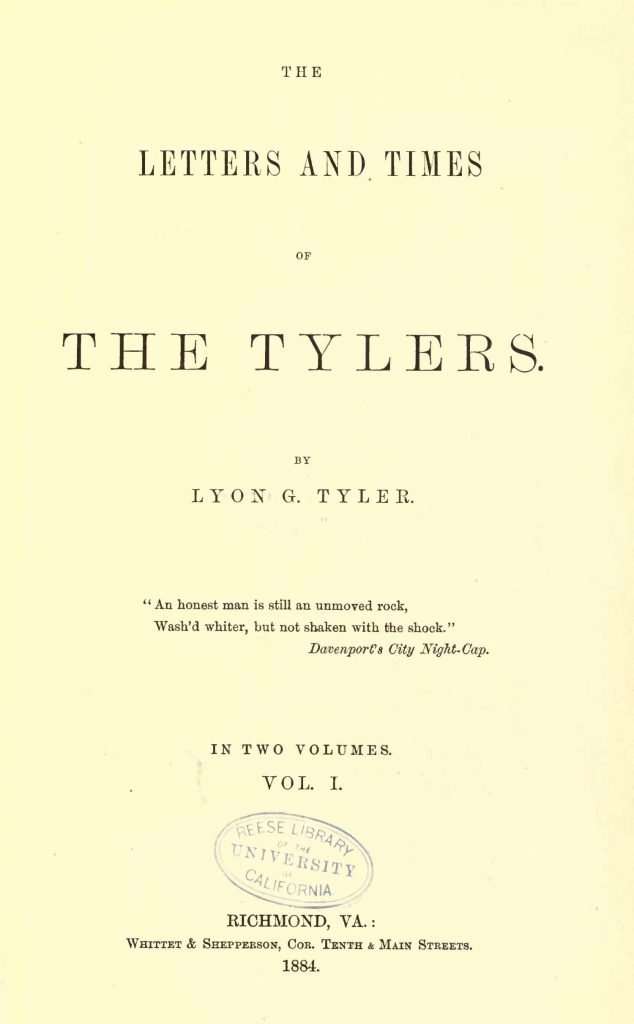 The Letters and Times of the Tylers

Tyler was a meticulous researcher and prolific author, using primary source materials to generate detailed portraits of Virginia history. Between 1891 and 1933, he authored Parties and Patronage in the United States (1891); The Cradle of the Republic: Jamestown and the James River (1900); England in America (1904); Williamsburg, the Old Colonial Capital (1907); Men of Mark in Virginia (1906–1909); Encyclopedia of Virginia Biography (1915); and History of Virginia from 1763 to 1861 (1924); as well as articles, addresses, booklets, and a book of verse, Ripples of Rhyme (1933). The Letters and Times of the Tylers, however, would remain his most prominent work. In 1892, he founded the William and Mary Quarterly (then known as the William and Mary College Quarterly Historical Magazine), financing it with his own money after the college’s Board of Visitors expressed reluctance to do so. He remained the journal’s editor until 1919, at which time he changed its title to Tyler’s Quarterly Historical and Genealogical Magazine, which he would continue to edit until his death. His collective body of work spurred recognition of the historic significance of Jamestown and Williamsburg, and serves as a rich resource for scholars of Virginia history and genealogy.

In June 1919, Tyler resigned as president of the College of William and Mary and retired to his farm, Lion’s Den, in Charles City County. In 1923, two years after the death of his wife Anne Tucker, he married his second wife, Sue Ruffin. Their two sons, Lyon Gardiner and Harrison Ruffin, joined three children from his first marriage, Julia, Elizabeth, and John. He remained an active speaker, writer, and researcher until his death from pneumonia on February 12, 1935.

Historical Chronology of William and Mary