Trigiani was born in the town of Roseto in eastern Pennsylvania, to Anthony and Ida Trigiani. She was the third of seven children in a close-knit Italian-American family. In the 1960s the family moved to the coal-mining town of Big Stone Gap in far southwestern Virginia. Though the area is far from any large urban cultural centers, it has nurtured many late twentieth-century writers, including Lee Smith, whom Trigiani lists as one of her favorite authors and greatest influences. From age six until she left for college, Trigiani lived in Big Stone Gap among a lively populace that undoubtedly influenced her future writing career. Although she and her siblings felt they never really fit in with their neighbors, Trigiani still holds the town and its people close to her heart. After graduating with a degree in theater from St. Mary’s College in South Bend, Indiana, (sister school to the University of Notre Dame) in 1981, she moved to New York City with dreams of becoming a playwright. Her talents were rewarded when the Manhattan Theatre Club commissioned her to write a play, an accomplishment of no small scale in the competitive world of New York theater. 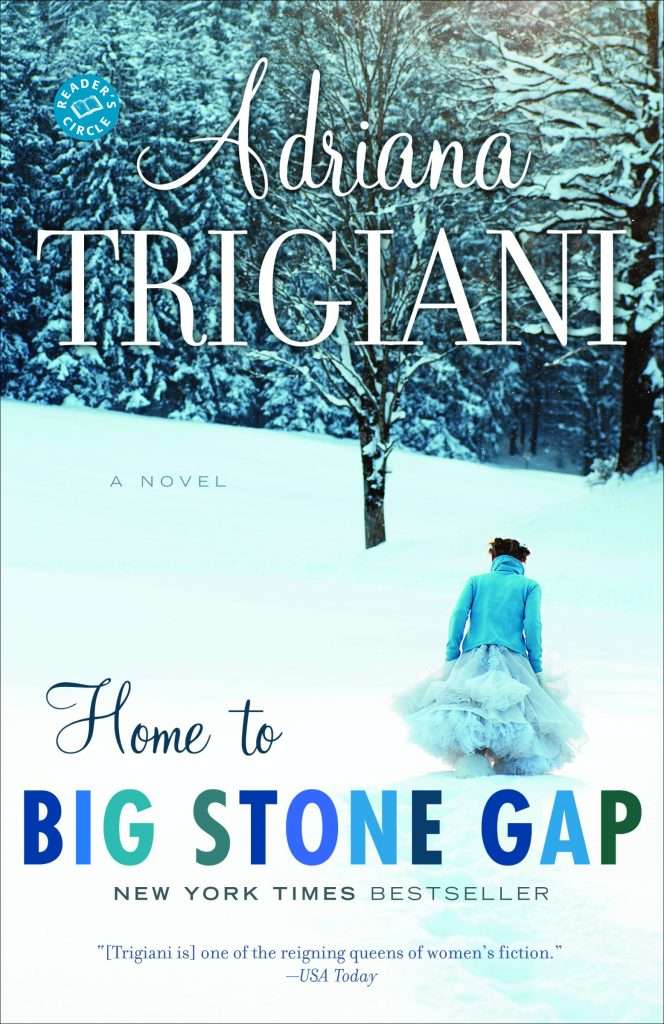 Trigiani proceeded from writing for the stage to writing for television and film, creating television scripts for A Different World, The Cosby Show, City Kids, Growing up Funny, Good Sports, Working It Out, and Linc’s. Her film credits include two documentaries, Queens of the Big Time (1996), which won the Hamptons International Film Festival Audience award for most popular documentary, and Green Chimneys (1997), which won five awards, including Best Documentary at the Cinequest San Jose Film Festival in 1998.

Trigiani’s literary accomplishments, however, have thus far been her most successful endeavors and received the greatest acclaim. Her ability to write dialogue for stage and screen apparently contributed to her fiction-writing skills, and ultimately led to her international success as a novelist. Her first book, Big Stone Gap, actually began as a television script, but she was encouraged instead to rewrite it as a novel. The story—set in her childhood home of Big Stone Gap and narrated by the fictional Ave Maria Mulligan—became the first in a series that now includes Big Cherry Holler (2001), Milk Glass Moon (2002), and Home to Big Stone Gap (2006), all of which are described as “warm and homey.”

Critics have noted Trigiani’s ability to “create distinctive voices for each of her characters,” reproducing a Virginia country accent, according to a February 5, 2007, review in Publishers Weekly. Her observations and experiences living among the people of southwestern Virginia no doubt contributed to this literary skill. Other novels that are not set in Virginia include Lucia, Lucia (2003), The Queen of the Big Time (2004), and Rococo (2005).

In 2004, Trigiani collaborated with her mother and sisters to write Cooking with My Sisters, a compilation of family recipes, stories, pictures, and history. She directed the movie version of Big Stone Gap (2014) and wrote a screenplay based on her novel Lucia, Lucia. Trigiani lives in New York with her husband, Tim Stephenson, and her daughter Lucia.