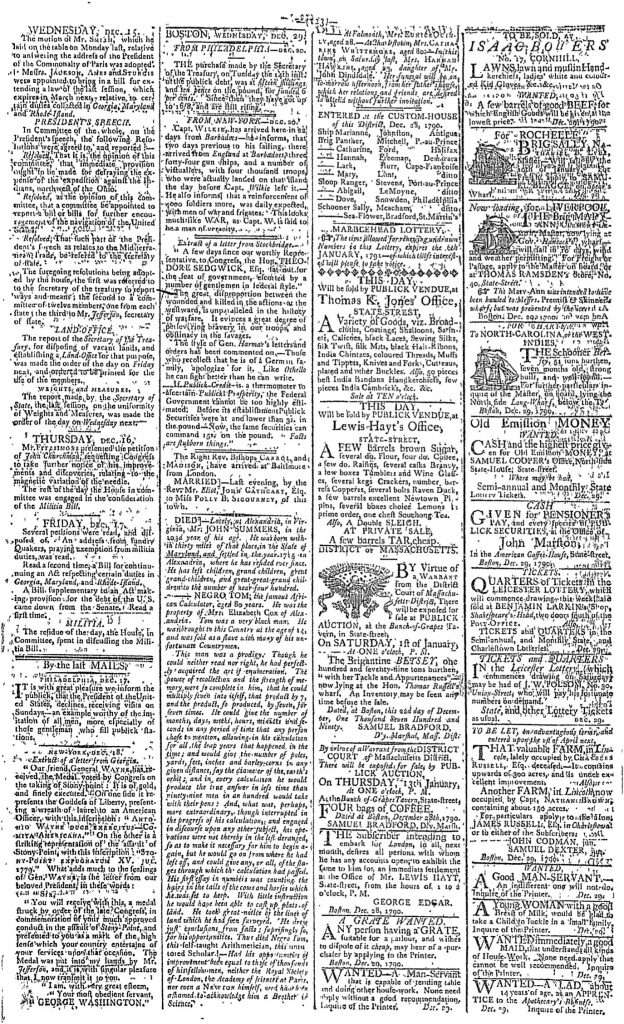 DIED,—Negro Tom, the famous African calculator, aged 80 years. He was the property of Mrs. Elizabeth Cox, of Alexandria. Tom was a very black man. He was brought to this country at the age of fourteen, and was sold as a slave with many of his unfortunate countrymen. This man was a prodigy. Though he could neither read nor write, he had perfectly acquired the use of enumeration. He could give the number of months, days, weeks, hours, minutes, and seconds, for any period of time that a person chose to mention, allowing in his calculations for all the leap years that happened in the time. He would give the number of poles, yards, feet, inches, and barley-corns in a given distance—say, the diameter of the earth’s orbit—and in every calculation he would produce the true answer in less time than ninety-nine out of a hundred men would take with their pens. And what was, perhaps, more extraordinary, though interrupted in the progress of his calculations, and engaged in discourse upon any other subject, his operations were not thereby in the least deranged; he would go on where he left off, and could give any and all of the stages through which the calculation had passed.

Thus died Negro Tom, this untaught arithmetician, this untutored scholar. Had his opportunities of improvement been equal to those of thousands of his fellow-men, neither the Royal Society of London, the Academy of Science at Paris, nor even a Newton himself need have been ashamed to acknowledge him a brother in science.