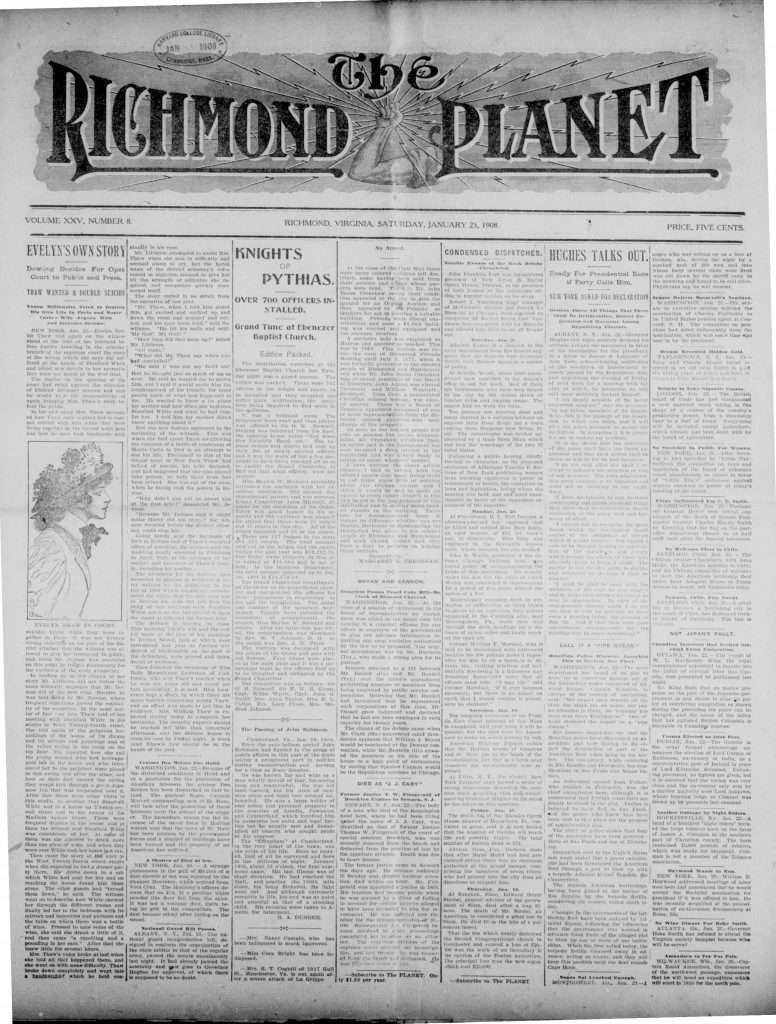 Since the ante-bellum period John Robinson had figured in the arena of public affairs in this part of the State taking a prominent part in politics during reconstruction and serving for a time as State Senator.

He was known far and wide as a man wholly devoid of fear, far-seeing keen and resourceful. He was not book-learned, but his store of common sense and legal lore seemed unbounded. He was a large holder of real estate and personal property in the counties of Amelia, Powhatan and Cumberland, which involved him in numerous law suits and legal battles but he usually met and demolished all comers who sought profit at his expense.

The “Effingham” at Cumberland, in the very heart of the town, was the pride of his life. Here he resided, lord of all he surveyed and here in the stillness of night, January 16th, about 12 o’clock, the final summons came. His last illness was of short duration. He had reached the limit, and nearing the 100th mile stone, his lamp flickered, its light went out. And although extremely eccentric in life, his end was as quiet and peaceful as that of a sleeping child. His remains were taken to Amelia for interment.