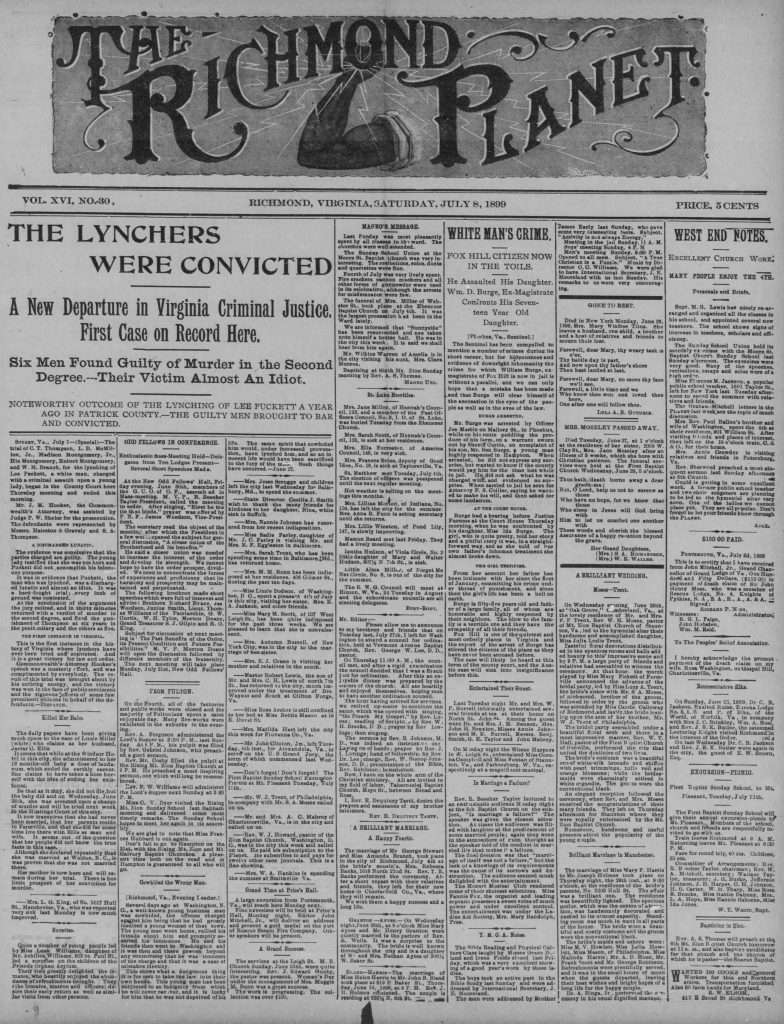 THE LYNCHERS WERE CONVICTED

noteworthy outcome of the lynching of lee puckett a year ago in patrick country.—the guilty men brought to bar and convicted.

Mr. J. M. Hooker, the Commonwealth's Attorney, was assisted by Judge P. W. Shelor for the prosecution. The defendants were represented by Messrs. Hairston & Gravely and S. A. Thompson.

The evidence was conclusive that the parties charged are guilty. The young lady testified that she was not hurt and Puckett did not accomplish his felonious purpose.

It was in evidence that Puckett, the man who was lynched, was a discharged lunatic and almost an idiot. It was a hard-fought trial; every inch of ground was contested.

At the conclusion of the argument the jury retired, and in thirty minutes returned with a verdict of murder in the second degree, and fixed the punishment of Thompson at six years in the penitentiary and the others at five.

the first instance in virginia.

This is the first instance in the history of Virginia where lynchers have ever been tried and convicted. And it is a great victory for law and order.

Commonwealth's-Attorney Hooker's speech was a masterly effort, and was complimented by everybody. The result of this trial was brought about by his untiring energy, and the victory was won in the face of public sentiment and the vigorous efforts of some few prominent citizens in behalf of the defendants.—Dispatch