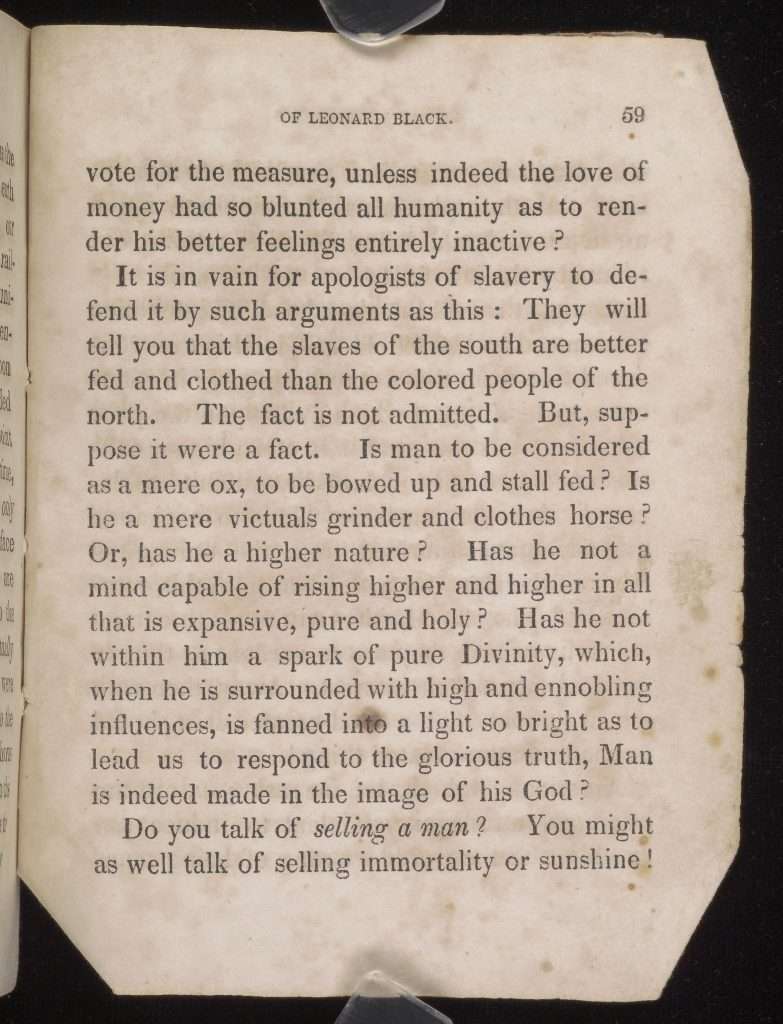 It is in vain for apologists of slavery to defend it by such arguments as this: They will tell you that the slaves of the south are better fed and clothed than the colored people of the north. The fact is not admitted. But, suppose it were a fact. Is man to be considered as a mere ox, to be bowed up and stall fed? Is he a mere victuals grinder and clothes horse? Or, has he a higher nature? Has he not a mind capable of rising higher and higher in all that is expansive, pure and holy? Has he not within him a spark of pure Divinity, which, when he is surrounded with high and ennobling influences, is fanned into a light so bright as to lead us to respond to the glorious truth, Man is indeed made in the image of his God? 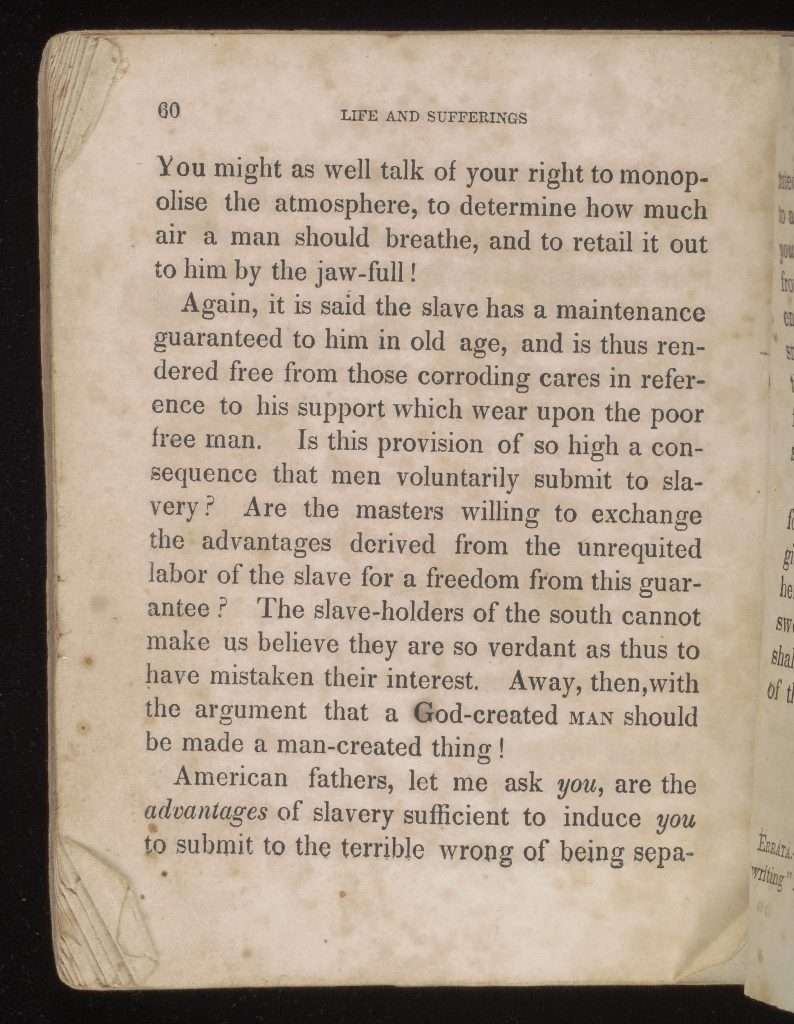 You might as well talk of your right to monopolise the atmosphere, to determine how much air a man should breathe, and to retail it out to him by the jaw-full!

Again, it is said the slave has a maintenance guaranteed to him in old age, and is thus rendered free from those corroding cares in reference to his support which wear upon the poor free man. Is this provision of so high a consequence that men voluntarily submit to slavery? Are the masters willing to exchange the advantages derived from the unrequited labor of the slave for a freedom from this guarantee? The slaveholders of the south cannot make us believe they are so verdant as thus to have mistaken their interest. Away, then, with the argument that a God-created MAN be made a man-created thing!

American fathers, let me ask you, are the advantages of slavery sufficient to induce you to submit to the terrible wrong of being sepa- 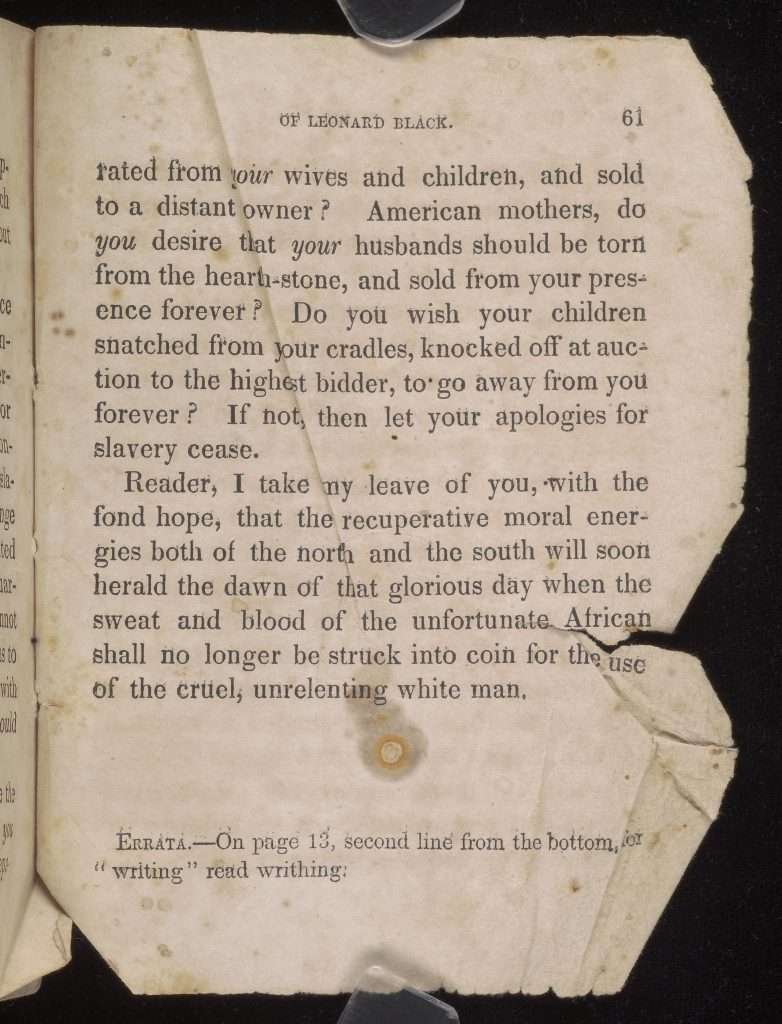 rated from your wives and children, and sold to a distant owner? American mothers, do you desire that your husbands should be torn from the hearth-stone, and sold from your presence forever? Do you wish your children snatched from your cradles, knocked off at auction to the highest bidder, to go away from you forever? If not, then let your apologies for slavery cease.

Reader, I take my leave of you, with the fond hope, that the recuperative moral energies both of the north and the south will soon herald the dawn of that glorious day when the sweat and blood of the unfortunate African shall no longer be struck into coin for the use of the cruel, unrelenting white man.

RELATED CONTENT
Categories:
Type:
MAP
TIMELINE
1847
The 1847 autobiography of Leonard Black, The Life and Sufferings of Leonard Black, attacks the institution of slavery on the basis that it separates family members, and robs humans, who Black argues are made in God's image, of their higher nature.
CITE THIS ENTRY