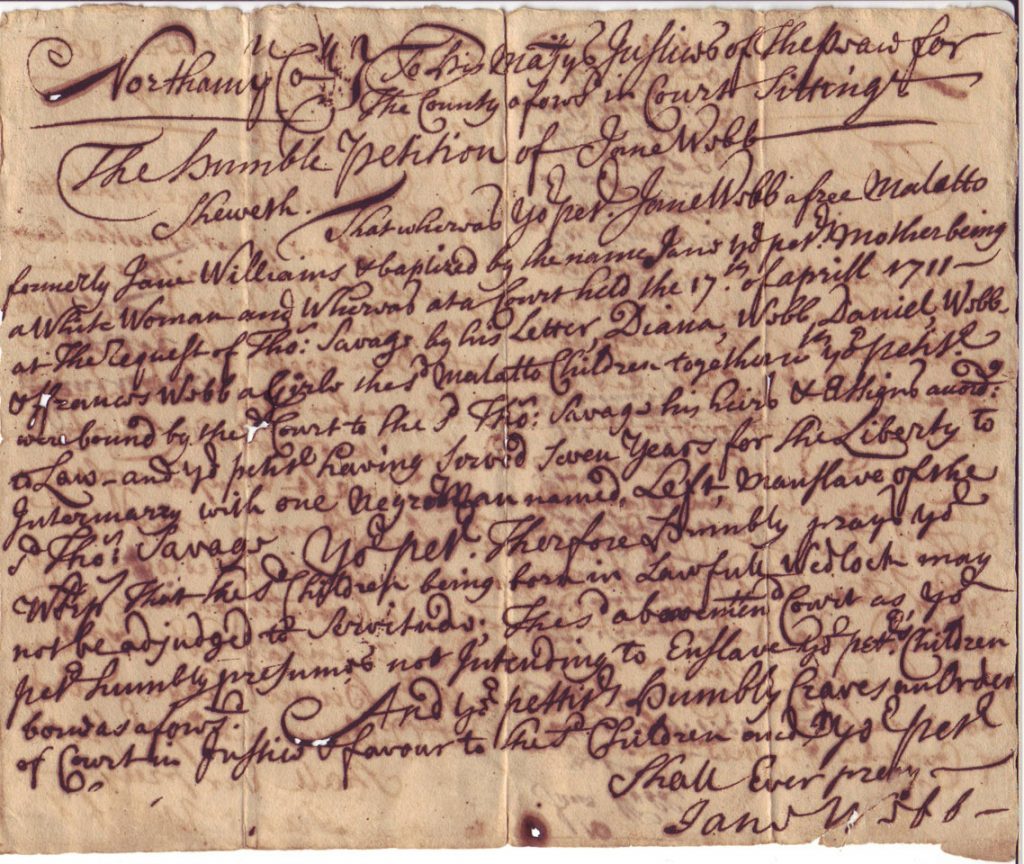 Northampton Co. To his Majty. Justices of the peace for the county afors [aforesaid] in Court Sitting

The humble petition of Jane Webb

That whereas yo [your] pet. [petitioner] Jane Webb a free Mulatto formerly Jane Williams & baptized by the name Jane yo pet mother being a white woman and whereas at a Court held the 17th of April 1711 at the request of Tho: [Thomas] Savage by his letter, Diana, Webb, Daniel, Webb, & Francis Webb, a girl the said mulatto children together yo petit. were bound by the court to the sd [said] said Tho: Savage his heirs and assigns accord to law and yo pet having served seven years for the liberty to intermarry with one negro man named Left, manslave of the sd said Thos: Savage. Yo pet Therefore humbly prays you worp [worships] that the said children being born in lawfull wedlock may be not be adjudged to servitude; The said above mentd [mentioned] court as yo pet humbly presumes not intending to enslave yo pet’s children bound as aforesd. And yo petit humbly prayes [prays] an Order of Court in justice and favor to the said Children and yo pet.