The Founding of Montpelier 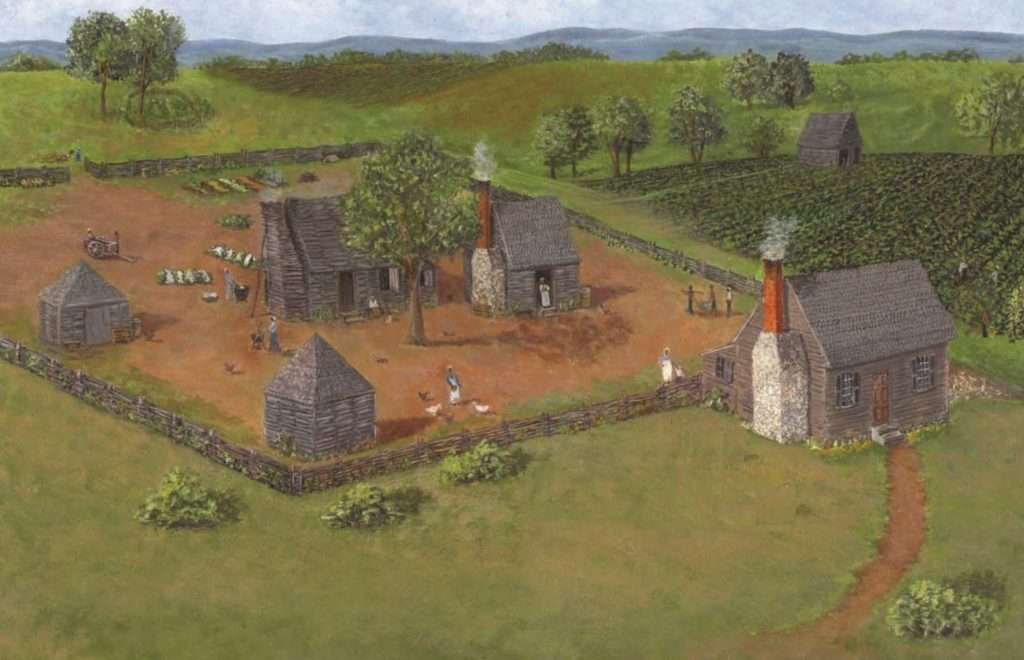 People enslaved by Ambrose Madison, James Madison’s grandfather, began clearing the land for the plantation that became known as Montpelier around 1725. Ambrose Madison’s father-in-law, Colonel James Taylor, acquired the property on what had been Manahoac and Monacan land near the Southwest Mountains in what is now Orange County during a period of westward expansion in Virginia. Taylor parceled the land out between his two sons-in-law: Ambrose Madison and Thomas Chew; Madison received 2,850 acres. He named the plantation Mount Pleasant, and enslaved people built a house on the property about half a mile from where Montpelier would sit. Ambrose Madison sent between ten and twenty enslaved people to Mount Pleasant to clear the land and plant tobacco in the years before he and his family moved there.

Ambrose Madison, his wife, Frances Taylor Madison, and their four children moved to Mount Pleasant in early 1732, but Ambrose Madison died six months later, in August 1732. The local justices ruled the death a poisoning carried out by two of the people Ambrose enslaved, Dido and Turk, and a neighboring enslaved person, Pompey. All three were tried, and Pompey was sentenced to death by hanging. Dido and Turk were returned to Mount Pleasant and are likely the ancestors of many generations of enslaved people at Montpelier.

After Ambrose Madison’s death, Frances Taylor Madison ran the plantation until their oldest son, James Madison Sr., came of age in 1744.  In 1764, enslaved people built a new two-story brick home that would be called Montpelier. In 1797, Madison’s son James Madison returned to live at Montpelier with his new wife, Dolley Todd Madison, and oversaw the construction of a portico and a thirty-foot extension to the house, which was also built by enslaved laborers. James Madison Sr. died in 1801, and James Madison inherited Montpelier and its enslaved population.

The Enslaved Population at Montpelier 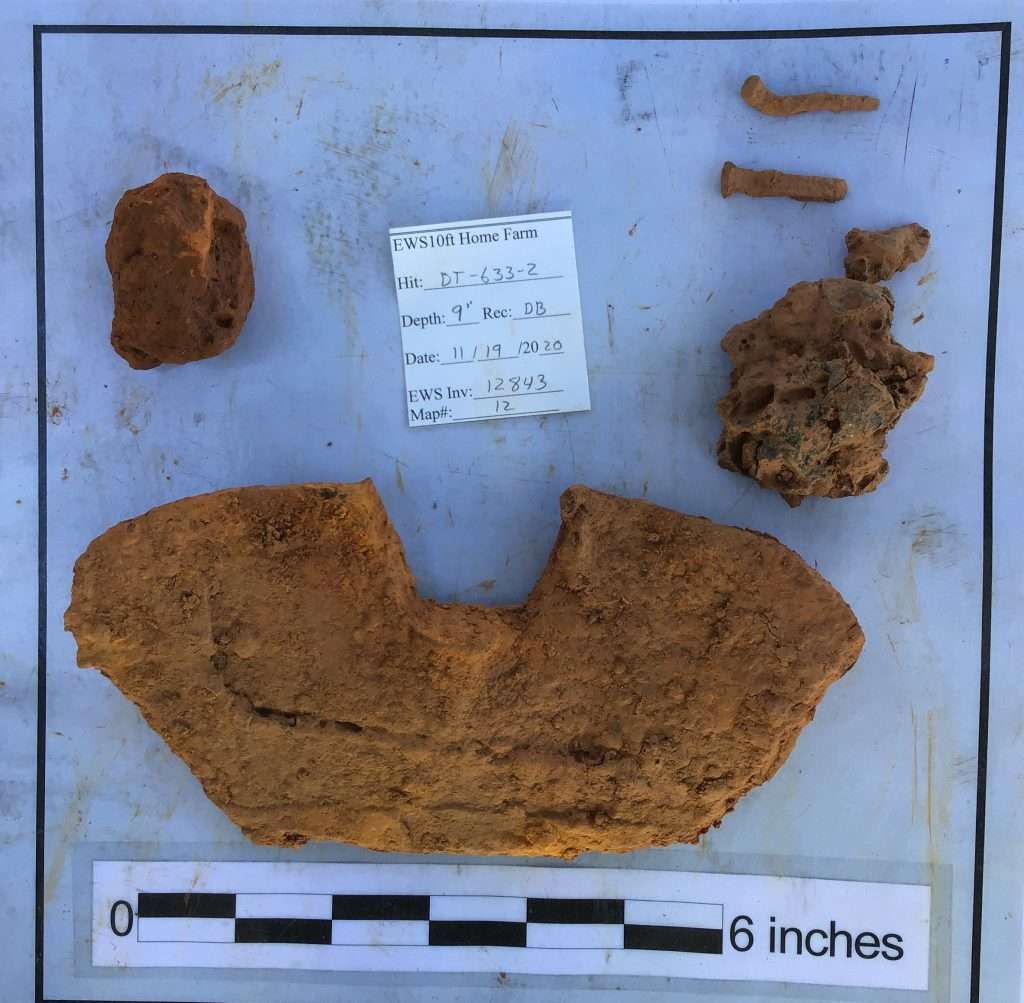 Objects Made by Enslaved Blacksmiths at Montpelier

There is no complete inventory of enslaved people at Mount Pleasant or Montpelier for any year except 1732, because most of the records concerning people enslaved at Montpelier were lost or destroyed. However, through the remaining account books, tax records, letters, deeds of sale, wills, receipts, and journals, along with a robust archaeology program and decades of collecting oral histories from descendants of enslaved people, historians and archaeologists have identified 300 individuals enslaved at Montpelier and pieced together a picture of their lives (the Naming Project is currently putting biographies of some of these individuals online).

Reconstructing the South Yard at Montpelier

The enslaved community at Montpelier was not self-contained; it was widely connected to enslaved people on other plantations in Orange County and the surrounding area. There were marriages and families that stretched across multiple plantations. Recent surveys using ground-penetrating radar have revealed the existence of worn footpaths connecting Montpelier to adjacent plantations, adding to the evidence of familial and social connections beyond the bounds of Montpelier. 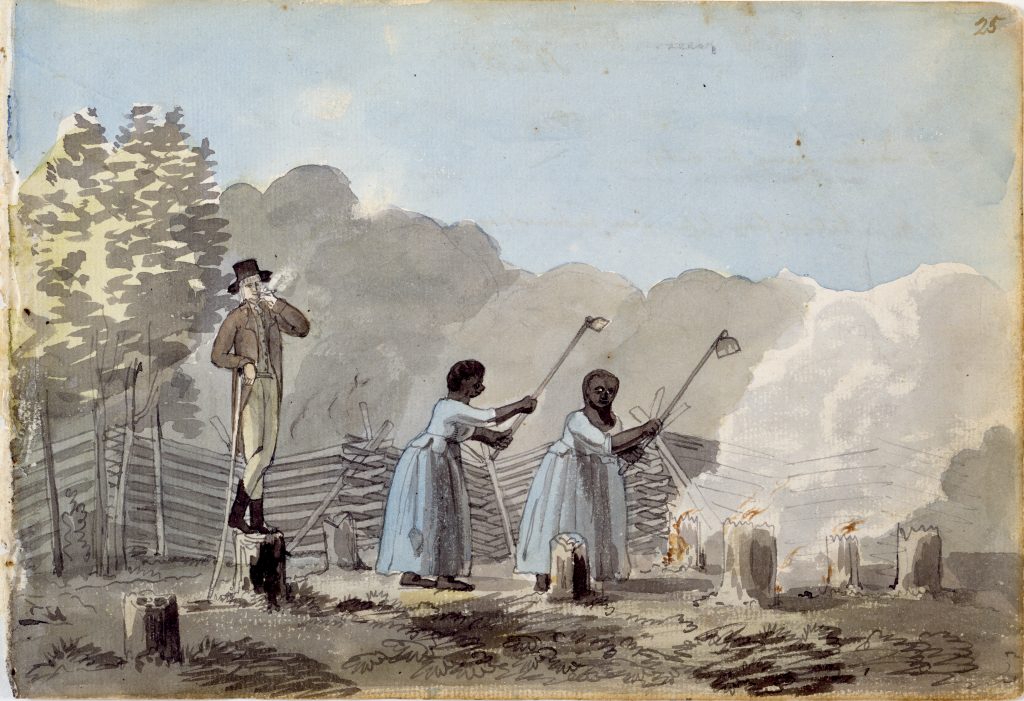 An Overseer Doing His Duty near Fredericksburg, Virginia

Like people enslaved on other Central Virginia plantations, enslaved laborers at Montpelier worked the land growing cash crops such as tobacco and wheat, waited on the Madison family and performed the domestic tasks required to run the plantation, and engaged in skilled trades such as carpentry, blacksmithing, and weaving. Overseers were employed to manage the day-to-day operations at Montpelier. Some overseers were enslaved, while others were white men hired from the area. James Madison attempted to avoid hiring physically harsh overseers, as he and Dolley Madison disapproved of the physical punishment of enslaved people, preferring to withhold privileges or threaten to sell enslaved people to maintain discipline.

Part of a Cook Pot Excavated at Montpelier

The enslaved community at Montpelier was provided with clothing that was likely sewn outside the plantation, with domestic servants receiving better clothing than enslaved people who worked in the fields. Enslaved people also purchased fabric, thread, and buttons from nearby stores that they used to make clothes for themselves. Receipts indicate that enslaved people also purchased glassware, pipes, hats, and rum. Archaeological surveys also have found remnants of toys such as marbles, as well as a pipe, beads, and jewelry. Enslaved laborers at Montpelier were also likely able to hire themselves out on Sundays (when they were not required to work) for wages, as was common practice. It is also likely that visitors tipped enslaved domestic workers during their visits, again in keeping with widespread custom.

It is not known how many enslaved people at Montpelier were literate, though historians have identified at least three individuals who could likely read and write. Letters from enslaved domestic workers to the Madisons in Washington exist, and while they may have been written by white neighbors, there are some suggestions that the letters were written by the enslaved persons themselves. Documents also suggest that enslaved blacksmiths were able to read the ledgers needed to perform their jobs.

There are two first-hand accounts by people enslaved at Montpelier. Paul Jennings, who was born at Montpelier in 1799 and served as a footman in the White House during the Madison administration and then as Madison’s valet when he returned to Montpelier, wrote A Colored Man’s Reminiscences of James Madison (1865). The memories of Ailsey Payne, an enslaved domestic worker at Montpelier, appeared in an article from an unknown newspaper around October 1902 that was found in a scrapbook belonging to the du Pont family, who purchased Montpelier in 1901. Payne recalled the marquis de Lafayette’s visit to Montpelier in 1824 and told of all the preparations that took place to get Montpelier ready for this great event.

James Madison Advertising for the Capture of Enslaved Seeking Freedom

James and Dolley Madison tried to avoid selling enslaved people and separating families as much as possible, to the point of selling land from the 3,000-acre plantation to pay off debt. However, the early 1800s were a period of dramatically declining profitability for many large Virginia plantations, and Montpelier was no exception. As their financial situation worsened, exacerbated by gambling debts accrued by Dolley Madison’s son, John Payne Todd, James Madison in 1834 sold sixteen enslaved people to his cousin William Taylor in Louisiana. Notably, in 1783, Madison did sell an enslaved person, Billy Gardner, who had accompanied him to Philadelphia, a city with a large free Black population, during his three years with the Continental Congress. Gardner may have tried to self-emancipate while in Philadelphia; Madison wrote to his father on September 8, 1783, that Gardner was “coveting” liberty. Regardless, Madison told his father, “I am persuaded that his mind is too thoroughly tainted to be a fit companion for fellow slaves in Virga.” Constrained by Pennsylvania law from selling Gardner outright, however, Madison sold him into a seven-year term of indenture, and afterward he lived as a free man.

After Madison’s death in 1836, Dolley Madison remained deeply in debt and financially pressured by lawsuits from creditors. She owned approximately seventy-five enslaved people in 1844, when a series of legal judgements directed the Orange County sheriff to seize Montpelier’s enslaved individuals and sell them to settle Madison’s debts. Sarah Stewart, an enslaved domestic at Montpelier, wrote to Madison, who was living in Washington, D.C., on July 5, 1844, “We are afraid we shall be bought by what are called negro buyers and sent away from our husbands and wives,” a reference to slave traders who frequently bought enslaved people from distressed plantations in the Upper South and sold them to booming cotton plantations in the Lower South. She begged Madison to “get neighbors to buy us that have husbands and wives, so as to save us some misery which will in a greater or less degree be sure to fall upon us at being separated,” but it is unlikely that the neighboring plantations were in any better financial shape.

Ultimately, the enslaved community at Montpelier was largely broken up because of Madison’s financial difficulty. Henry Moncure purchased Montpelier in August 1844 and with it twenty-two enslaved people, who were rescued from the sheriff’s sale. (He also may have received some elderly enslaved individuals who were deemed to have no monetary value.) Dolley Madison transferred ownership of thirty-seven enslaved adults and approximately thirteen enslaved children to Todd. Her son sold at least two of these individuals to neighboring plantations, and may have sold more, and used others as collateral for loans. He granted the remaining enslaved individuals their freedom in his will, but most were sold to pay off his gambling debts when he died in 1852. Several enslaved individuals, including Sarah Stewart, remained with Dolley Madison in Washington. 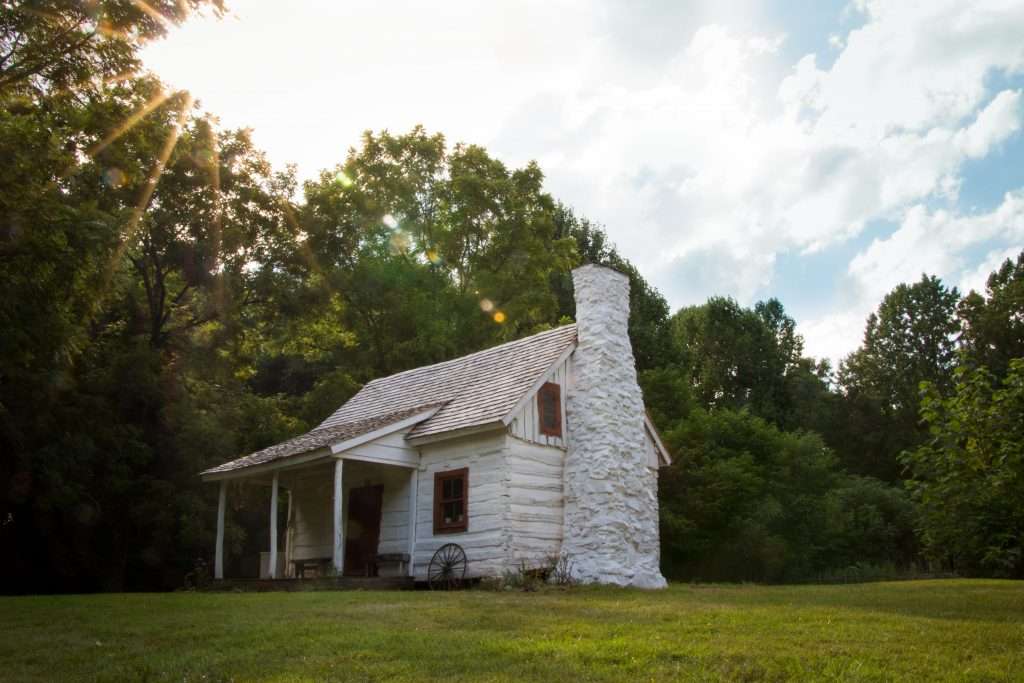 Cabin Belonging to a Former Enslaved Worker and His Family

The fate of the enslaved individuals who remained at Montpelier after its sale to Moncure is unknown. Moncure sold Montpelier after four years, and the property had six more owners before it was bought by the du Pont family in 1901. Although historians don’t know if those enslaved at Montpelier through the end of slavery in 1865 were descendants of those who labored there during the Madison era, it is likely that many remained in and around Orange County. According to oral histories, several descendants of the Montpelier enslaved community worked for the du Pont family during the twentieth century. Most of those who did not remain in Orange County migrated north to Washington, D.C., Pittsburgh, and New York City, where many continued to live near each other.

People enslaved by Ambrose Madison, James Madison's grandfather, begin clearing the land for a plantation that will be known as Mount Pleasant and, later, Montpelier.

1749
James Madison Sr. and Eleanor Conway Madison arrange for a starter home to be built about half a mile from Mount Pleasant, at the site of the future Montpelier main house.
1764

James Madison sells an enslaved person named Billy Gardner, who had accompanied him to Philadelphia and may have tried to self-emancipate, rather than return him to Virginia.

March 1809
Ten-year-old Paul Jennings and a few other enslaved people owned by James Madison are selected for the domestic workforce at the president's house in Washington, D.C.
March 4, 1809
James Madison is inaugurated as the fourth president of the United States.
1820
Paul Jennings, an enslaved man owned by James Madison, becomes Madison's personal manservant, or valet.
1827
By this year, James and Dolley Madison face financial trouble from falling tobacco prices and from debts incurred by their son John Payne Todd.
1833
James Madison becomes president of the American Colonization Society.
1834
James Madison sells sixteen enslaved people to a relative in Louisiana to pay debts.
June 28, 1836
James Madison dies at Montpelier. His slave Paul Jennings will later write, "He ceased breathing as quietly as the snuff of a candle goes out."
August 8, 1844
Dolley Madison sells the Madison plantation, Montpelier, to Henry W. Moncure.
1844
As part of Dolley Madison's move to Washington, D.C., she separates the enslaved population at Montpelier, selling some, giving some to family, and bringing some to her new household.
FURTHER READING
CITE THIS ENTRY