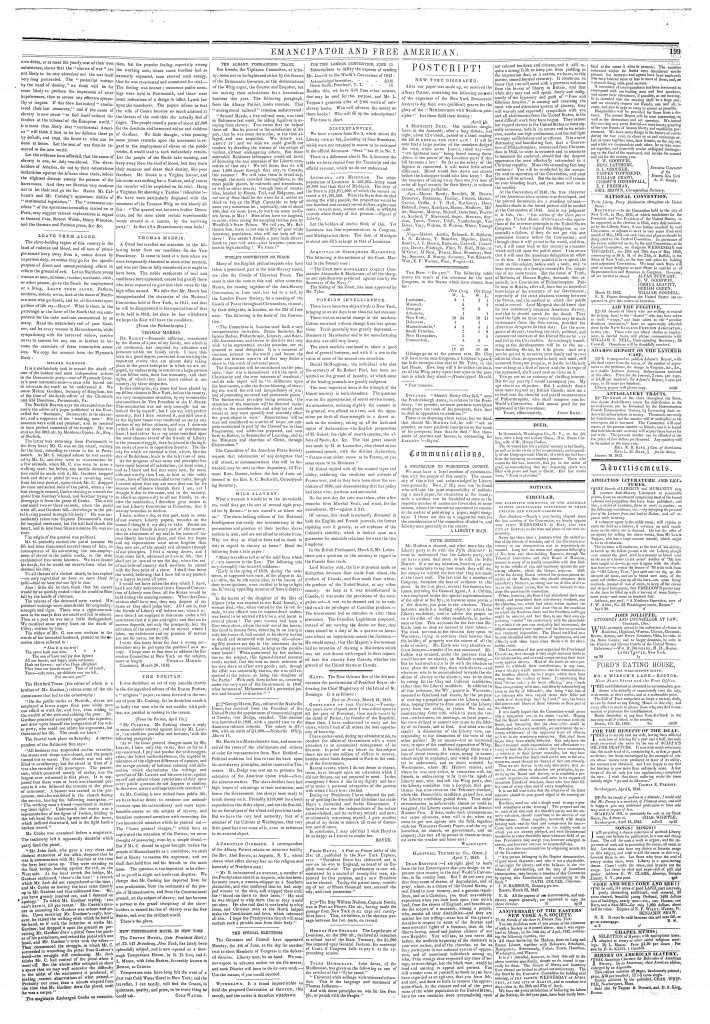 Our friends, the Vigilance Committee, at Albany[, New York], seem not to be frightened either by the threats of the Democratic Governor, or the denunciations of the Whig organ, the Courier and Enquirer, but are making their calculations for a tremendous business this year. The following paragraph, from the Albany Patriot, looks resolute. That “underground railroad” remains undiscovered!

“Samuel Meads, a free colored man, was tried in Baltimore last week, for aiding fugitives in escaping from slavery. Two swore that he helped them off. But he proved to the satisfaction of the jury, that he was some where else, at the time alleged, and was acquitted. We know all about it! and we wish we could gratify our readers by detailing the history of the escape of victims, without endangering others. But these miserable Baltimore kidnappers would not think of detecting the realmembers of the Liberty committee of that city! We tell them, that we will pass 1,000 slaves through that city, to Canada, this summer! We will take them in broad day, through the most crowded thoroughfares, in the most public places, by railroads and steamboats, as well as other means; through lines of constables, headed by Hates, Tell, and Ridgenay, and not one of them shall be the wiser for it, unless we think to buy up the High Constable to help off some very numerous lot; especially, one of about 100, that we must have, to work on some northern farms, in May? How often have we laughed, in scorn, when seeing the escaping victims pass by Woolfolk’s State Prison. We tell you, Mr. Baltimore Sun, there is not one in fifty of your white American population who will not help off the slave! You needn’t trouble a poor hack driver! Look to your rich men—your lawyers—your women in high standing! We know!“