Though she said she put her role as wife and mother ahead of her writing career, Taylor subsequently produced four additional volumes of poetry: Welcome Eumenides (1972), New and Selected Poems (1983), Days Going/Days Coming Back (1991), and Late Leisure (1999). These works earned her the Poetry Society of America’s Shelly Memorial Prize (1997–1998), a fellowship with the American Academy of Arts and Letters (1998), the Library of Virginia‘s Literary Award for Poetry (2000), and the Aiken Taylor Award for Modern American Poetry (2001). She also published a handful of short stories, including one in Best American Short Stories. Peter Taylor died in 1994 after retiring from a teaching post at the University of Virginia. Eleanor Ross Taylor lived in Charlottesville, then moved to Falls Church, where she died on December 30, 2011. 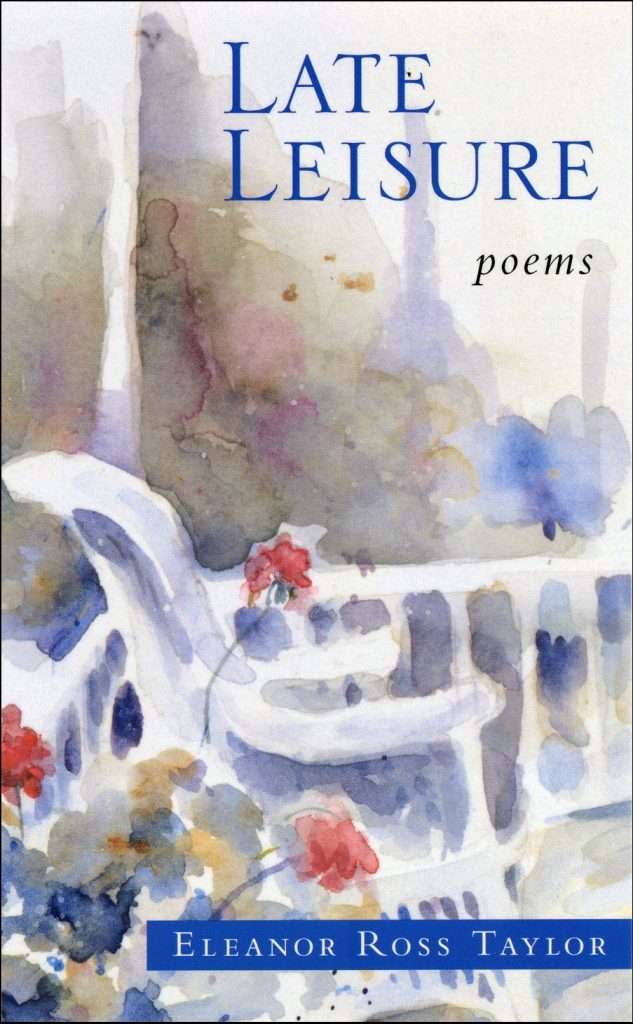 Taylor’s poetry is most often compared to that of Emily Dickinson, Elizabeth Bishop, and Marianne Moore. “[O]f course I loved Emily Dickinson and read a lot of Emily Dickinson early,” Taylor remarked in 2002 interview with Blackbird, “but the first poet that really made me feel that poetry was contemporary and could relate to me right now, in the way that you know that all those wonderful heroines of poetry and heroes do, was Edna St. Vincent Millay. I read her as a teenager in school and just fell in love with her poems. I think it gave me a feeling of being able to approach current, everyday life.” The southernness of her background made her tend to rein in her formidable intellect and biting wit with an uneasy deference to form and convention. This tension can be found in her use of both metrical and nonmetrical lines. Just when the organization of her poems seems on the verge of wavering, she returns to the restraint with which most of them begin.

The poet Adrienne Rich observed that Taylor’s works “speak of the underground life of women, the Southern white Protestant woman in particular, the woman-writer, the woman in the family, coping, hoarding, preserving, observing, keeping up appearances, seeing through the myths and hypocrisies, nursing the sick, conspiring with sister-women, possessed of a will to survive and to see others survive.” From these many specific, place-based subjects and themes emerged a voice concerned with timeless, archetypal questions.