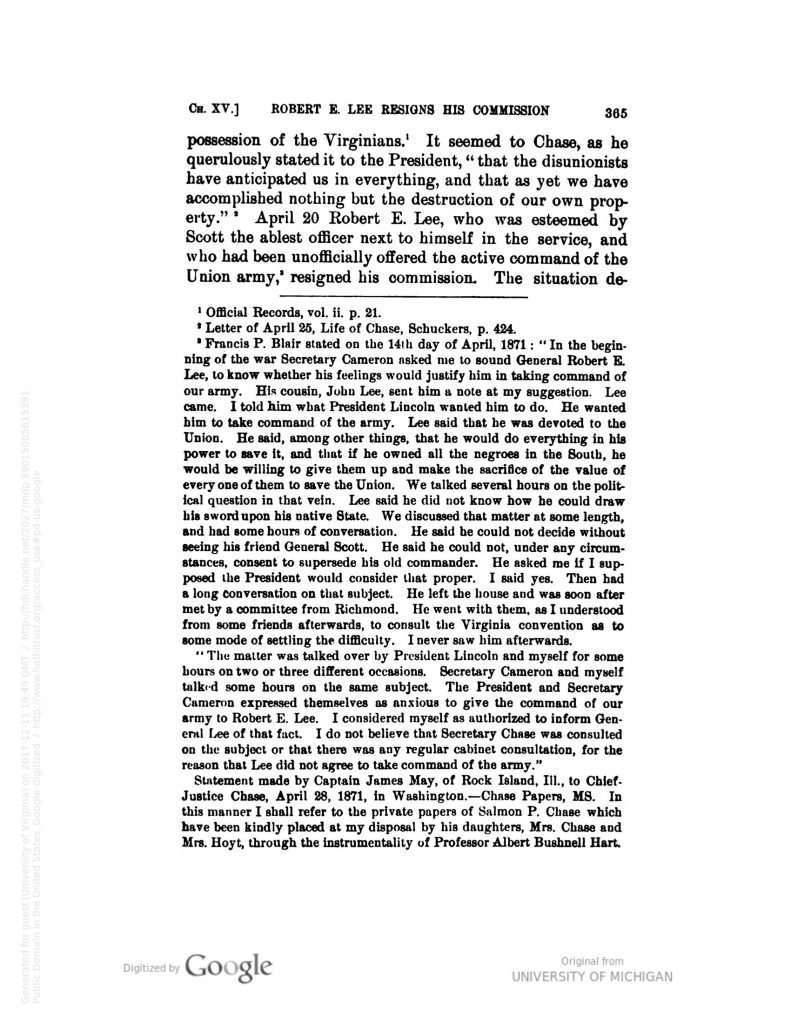 “The matter was talked over by President Lincoln and myself for some hours on two or three different occasions. Secretary Cameron and myself talked some hours on the same subject. The President and Secretary Cameron expressed themselves as anxious to give the command of our army to Robert E. Lee. I considered myself as authorized to inform General Lee of that fact. I do not believe that Secretary Chase was consulted on the subject or that there was any regular cabinet consultation, for the reason that Lee did not agree to take command of the army.”

Statement made by Captain James May, of Rock Island, Ill., to Chief-Justice Chase, April 28, 1871, in Washington.—Chase Papers, MS. In this manner I shall refer to the private papers of Salmon P. Chase which have been kindly placed at my disposal by his daughters, Mrs. Chase and Mrs. Hoyt, through the instrumentality of Professor Albert Bushnell Hart. 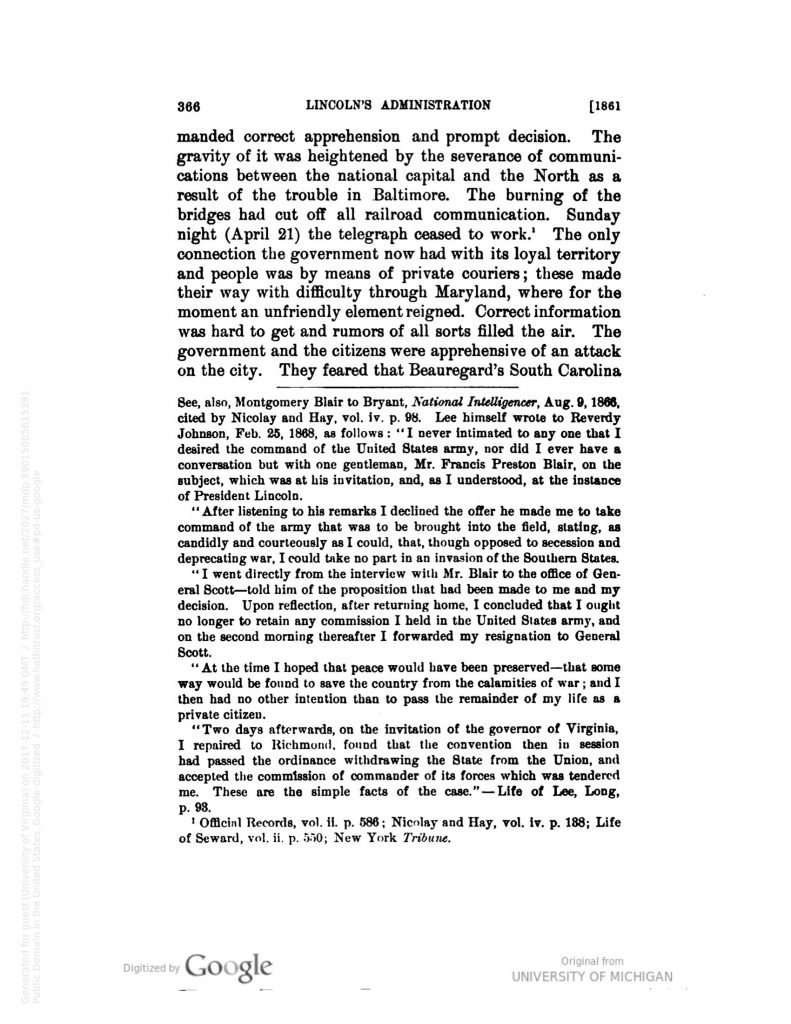 See, also, Montgomery Blair to Bryant, National Intelligencer, Aug. 9, 1866, cited by Nicolay and Hay, vol. iv. p. 98. Lee himself wrote to Reverdy Johnson, Feb. 25, 1868, as follows: “I never intimated to any one that I desired the command of the United States army, nor did I ever have a conversation but with one gentleman, Mr. Francis Preston Blair, on the subject, which was at his invitation, and, as I understood, at the instance of President Lincoln.

“After listening to his remarks I declined the offer he made me to take command of the army that was to be brought into the field, stating, as candidly and courteously as I could, that, though opposed to secession and deprecating war, I could take no part in an invasion of the Southern States.

“I went directly from the interview with Mr. Blair to the office of General Scott—told him of the proposition that had been made to me and my decision. Upon reflection, after returning home, I concluded that I ought no longer to retain any commission I held in the United States army, and on the second morning thereafter I forwarded my resignation to General Scott.

“At the time I hoped that peace would have been preserved—that some way would be found to save the country from the calamities of war; and I then had no other intention than to pass the remainder of my life as a private citizen.

“Two days afterwards, on the invitation of the governor of Virginia, I repaired to Richmond, found that the convention then in session had passed the ordinance withdrawing the State from the Union, and accepted the commission of commander of its forces which was tendered me. These are the simple facts of the case.”—Life of Lee, Long, p. 93.