So what are the real reasons for the battle? There is no question that the Union and Confederate armies collided unexpectedly at Gettysburg (in what, in military terms, is called a “meeting engagement”). It is also true that Heth’s men—indeed, much of the Army of Northern Virginia—were short on shoes. A rumor had even been circulating that shoes were to be found in Gettysburg, despite the fact that Jubal A. Early’s men had been through the town a few days earlier, demanded a ransom that included 1,500 pairs of shoes, and come away empty-handed. It is not true, however, that there was a shoe warehouse or shoe factory in Gettysburg—only a carriage factory, a college, and a finishing school for girls. Finally, shoes were only part of the reason that Heth’s men, in his own words, “stumbled into this fight” on July 1.

True, the army was footsore; but, more importantly—figuratively speaking—it was also blind. Confederate cavalry under J. E. B. Stuart had been missing for almost a week on a long ride around the Union army. As a result, Heth and his boss, A. P. Hill, had no idea what was in front of them. (Cavalry, not infantry, were the eyes and ears of an army. They were used both to gather intelligence about the enemy and to shield one’s own movements.) After Pettigrew encountered Union troopers on June 30, Hill sent Heth back to Gettysburg the next day to reconnoiter. His mission: to find out whether the soldiers in town were harmless home guard troops or the more fearsome Army of the Potomac. Heth was not supposed to start a battle; in fact, he was under specific orders from Robert E. Lee not to do so. The Virginian—new to his command and an old favorite of Lee’s—started one anyway, a “reckless act,” according to historian Stephen W. Sears, and perhaps even an insubordinate one. 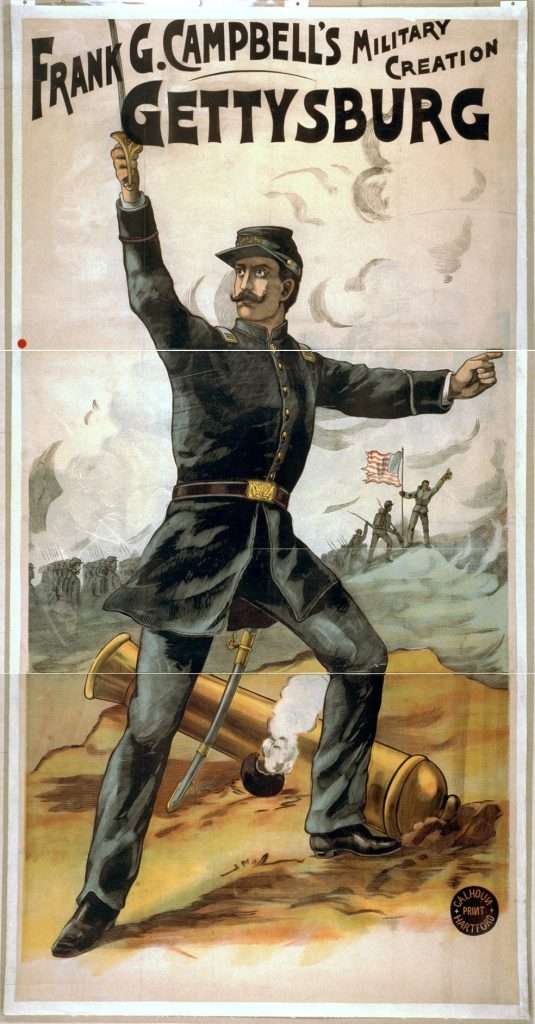 Nothing about war is simple, of course, and in the same way that Heth stumbled into battle, one can also stumble into a fierce historical argument. Heth’s decisions were angrily debated by so-called Lost Cause historians after the war, part of a larger, often very personal battle over who was to blame for Gettysburg—Lee, Stuart, or James Longstreet. (That these battles were largely fought by Virginians over the actions of other Virginians made them all the more personal.) In a defense of Stuart, fellow cavalryman John Singleton Mosby wrote in 1908 that Heth and Hill were not interested in shoes at all, but in battle, glory, and prisoners. Lee’s army was never blind, he claimed, and only selfishness and perfidy led to battle. “If Hill and Heth had stood still,” Mosby wrote, “they would not have stumbled.”

Why, then, the focus on shoes? For some early historians, it may have been a sleight of hand, a way of distracting readers from more prickly questions surrounding the Confederate defeat. Besides that, the largely accurate, if sometimes exaggerated, image of shoeless soldiers conveniently underscored the Lost Cause notion of nobility achieved through suffering. By calling attention to the ragged state of Johnny Reb, these writers also called attention to how the Confederate army, time and again, had managed to triumph in battle without nearly the numbers or materiel of its adversary. Such a state of affairs could not last forever, of course; Gettysburg was proof of that. And while no one argued that Lee lost the battle because his men did not have enough shoes, the image speaks for itself.

Finally, from a literary standpoint, “shoes especially” represents the perfect detail, quickly translating abstract historical forces into blisters on aching feet and the smell of new shoe leather. The Battle of Gettysburg readily lends itself to being read as a three-act tragedy, dominated, as many have argued, by Lee’s hubris. (“The fundamental fault that disfigured his conduct of the campaign,” historian Brian Holden Reid has written, “was that Lee was overly confident and expected too much of his marvelous troops.”) That it started by accident, over something so “pedestrian” as shoes, is too perfect for writers to ignore. Shelby Foote certainly did not, crafting a scene in The Civil War: A Narrative (1963) in which A. P. Hill airily dismissed the possibility that the Army of the Potomac was in Gettysburg:

In Foote’s dialogue, Heth was quick to take him up on that. “If there is no objection,” he said, “I will take my division tomorrow and go to Gettysburg and get those shoes.”

“None in the world,” Hill responded.