Seawell came from a prominent Virginia family. Her father was John Tyler Seawell, a lawyer and orator and a nephew of U.S. president John Tyler. Her mother, John Seawell’s second wife, was Frances Elizabeth Jackson Seawell, a native of Baltimore, Maryland, whose father, Major William Jackson, had fought in the War of 1812.

Born in Gloucester on October 23, 1860, Seawell spent her early life at the family’s plantation home, The Shelter, which had been a hospital during the Revolutionary War (1775–1783). She spent her early years secluded in the library of the country estate. Her father, a student of the classics, did not allow her to read a novel until she was seventeen, so she instead absorbed history, encyclopedias, Shakespeare, and the Romantic poets. In addition to these influences and her Tidewater surroundings, the adventures of Seawell’s seafaring uncle, Joseph Seawell, contributed to her future literary subjects. 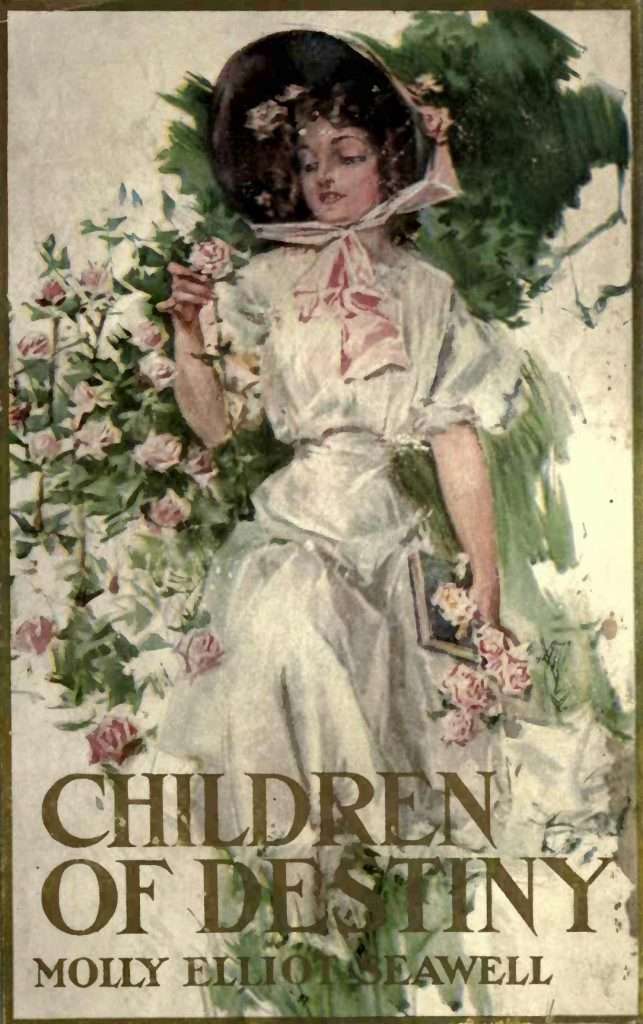 The death of her father when she was twenty prompted Seawell, her mother, and her younger sister, Henrietta, to move from Gloucester to Norfolk and later to Washington, D.C. Either in Norfolk or in Washington Seawell began her literary career in earnest. She wrote first under pen names, including the patrician “Foxcroft Davis”—for her novels Mrs. Darrell and The Whirl—and the Russian “Vera Sapoukhyn.” She first used her real name for the publication of her short story “Maid Marian” in 1886, a tale she later dramatized for actress Rosina Vokes. Her first novel, Hale-Weston, published in 1889, was widely read and translated into German.

Seawell’s historical romances draw on the author’s Catholicism, a religious affiliation unusual for someone of Seawell’s social background. Although raised an Episcopalian, her reading of Thomas Babington Macaulay’s 1840 essay on Leopold von Ranke’s History of the Popes proved influential for her personal life and literature. His examination of the Roman Catholic Church and his critique of the Church of England eventually led Seawell to convert. Her romances include a heroic Jesuit priest-martyr (Dickie, in The House of Egremont); a courageous nun who nurses the wounded on the front lines (Lady Betty in The History of the Lady Betty Stair); and an assortment of priests, nuns, bishops, and a pope. She also demonstrates familiarity with Catholic theologians St. Thomas Aquinas (Children of Destiny) and the Venerable Bede (Throckmorton).

With the publication in 1890 of the prize-winning Little Jarvis, Seawell began a commercially successful series of popular books for boys, often sea stories, influenced by her uncle, Joseph Seawell. Typical of the period in which they were written, the books are not patronizing in tone or diction. Moreover, Twelve Naval Captains (1897) is said to have been used as a text at the Naval Academy in Annapolis, Maryland.

In The Ladies’ Battle (1911), Seawell reveals her virulent opposition to feminism and woman suffrage, writing in the book’s final sentence: “I believe that the most important factors in the state are the wives and mothers who make of men good citizens to govern and protect the state, and I believe woman suffrage to be an unmixed evil.” In 1891 she published an essay, “On the Absence of the Creative Faculty in Women,” that created a debate in the pages of the Critic for several months and even drew a disparaging critique from Walt Whitman.

Seawell, whose health had been precarious for many years, died of cancer on November 15, 1916, a few weeks after her fifty-sixth birthday. She was a popular and widely read writer in her time, included at the beginning of the twentieth century in standard reference works on American writers and among the authors interviewed by the New York Times‘s Otis Notman, along with such notables as William Dean Howells, Jack London, and Theodore Dreiser. Her work was adapted for the stage and for three silent films: The Heart of Cerise (1915), The Sixteenth Wife (1916), and The Fortunes of Fifi (1917). While much of her fiction might be described as escapist or romantic, she was not reluctant to discuss some of the important issues of her day. Her attitudes toward these issues, however, are considered today to be old-fashioned. In fact, Seawell represents the end of one generation of independent and self-reliant, though socially and politically conservative, southern women, and her story provides the background for the emergence of modern women.