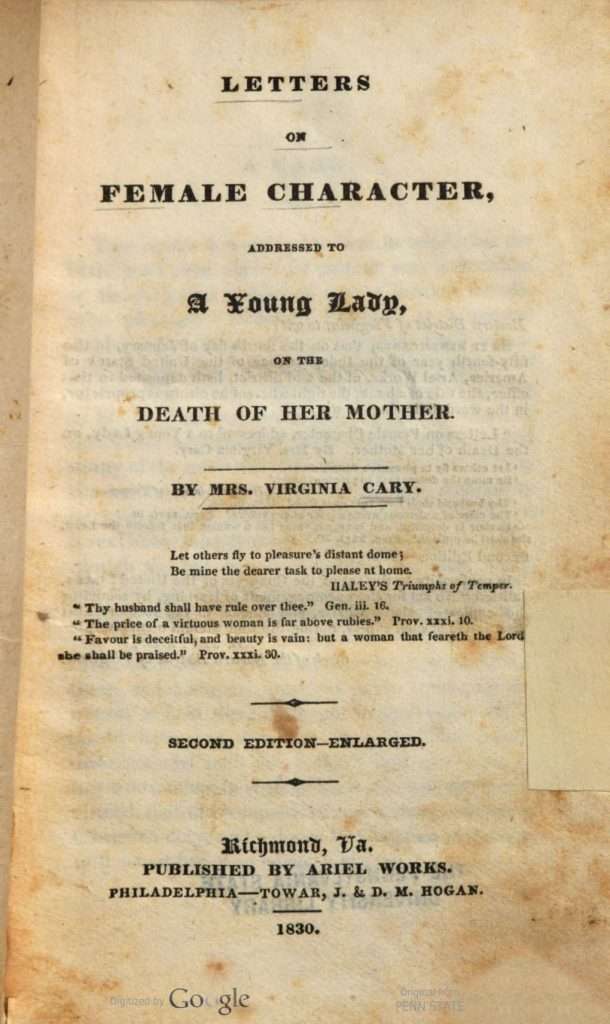 Letters on Female Character, Addressed to a Young Lady, on the Death of Her Mother.

Randolph was born on October 1, 1768, at Tuckahoe, the Goochland County estate of his parents Thomas Mann Randolph and his first wife, Anne Cary Randolph. His twelve siblings included Mary Randolph Randolph, author of The Virginia House-Wife (1824); Judith Randolph Randolph, who as her husband‘s executor carried out the manumission and resettlement of more than seventy slaves; Ann Cary “Nancy” Randolph Morris, who became embroiled in a cause célèbre when accused of adultery with her brother-in-law and infanticide in 1792; and Virginia Randolph Cary, author of Letters on Female Character, Addressed to a Young Lady, on the Death of Her Mother (1828). Randolph was educated by a tutor during his childhood and attended the College of William and Mary in 1783. By October 1784 he was at the University of Edinburgh, where he was elected a member of the university’s Society for the Investigation of Natural History in December 1785. In November of that year Thomas Jefferson opened a correspondence with him, offering advice about his education and course of study. Randolph returned to Virginia in 1788 without graduating. 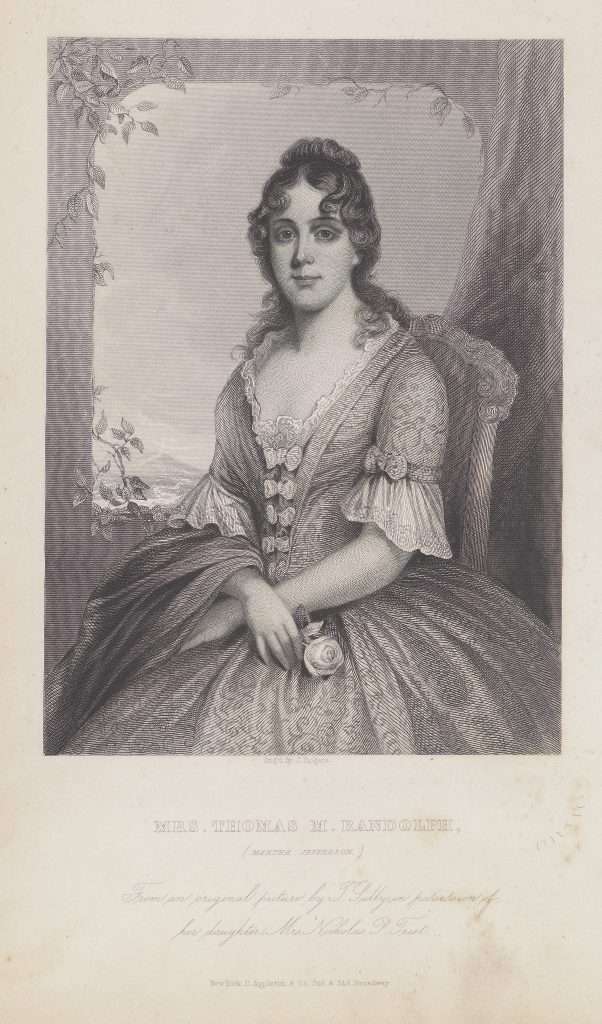 After Jefferson and his daughters returned from Paris late in 1789, Randolph began courting Martha Jefferson, Jefferson’s eldest daughter. After a brief courtship, they married on February 23, 1790. Of their thirteen children, six daughters and five sons survived to adulthood. The youngest of their children was George Wythe Randolph who was a member of the Convention of 1861, a Confederate general, and Confederate secretary of war. For their marriage settlement the Randolphs received two plantations from their fathers: a 950-acre plantation called Varina in Henrico County that came with forty slaves, and 1,000 acres in Bedford County with twenty-seven slaves. By February 1792 Randolph acquired, with Jefferson’s help and at his wife’s insistence, his father’s Edgehill plantation in Albemarle County. The negotiations for purchase of the property took almost two years because of frequent disagreements between Randolph and his father. Randolph’s mother had died in 1789, and his father married the much younger Gabriella Harvie. Among their children was a son also named Thomas Mann Randolph (1792–1848), who later inherited Tuckahoe plantation. Randolph’s father, who died in 1793, named him an executor of his will but not a guardian of the minor children, an action he viewed as a slight. 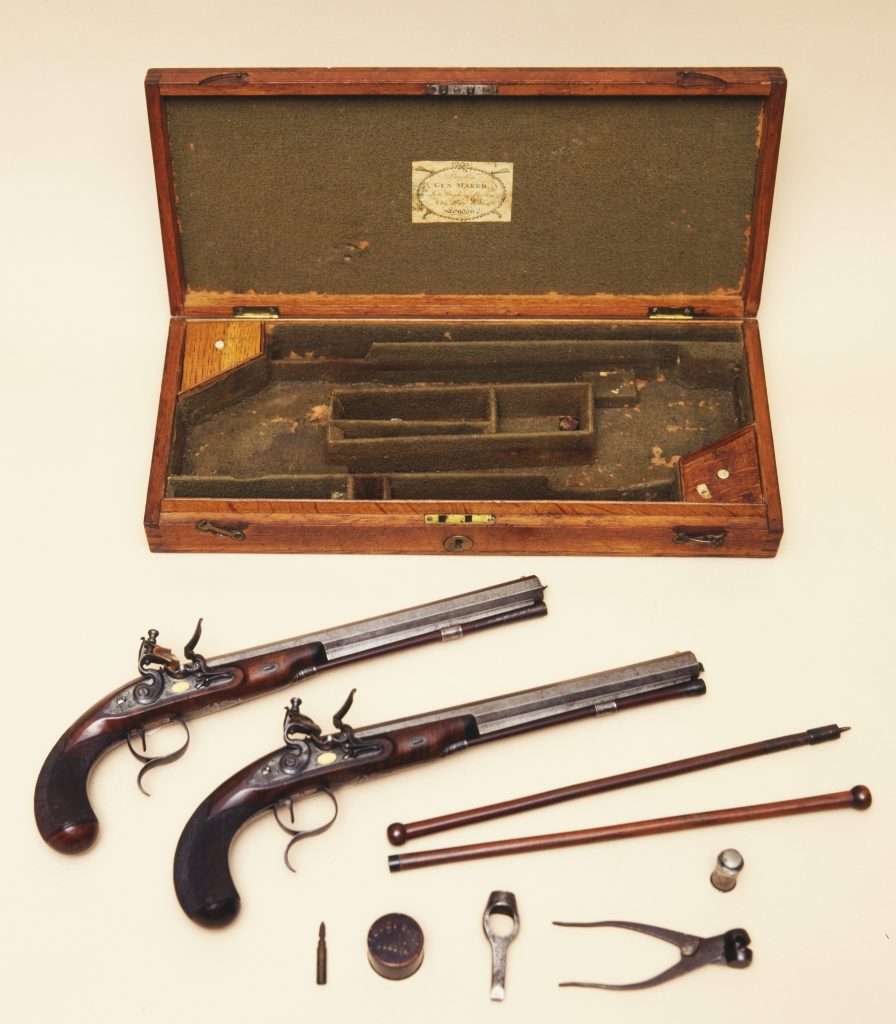 In the early years of his marriage, while Jefferson was serving as secretary of state, vice president, and president, Randolph managed much of his father-in-law’s affairs, including the operations at Monticello. The Randolphs spent much of their time there, with Randolph traveling back and forth between his own and Jefferson’s properties. In 1803 Randolph narrowly defeated Congressman Samuel Jordan Cabell to win election to the House of Representatives, representing Albemarle, Amherst, and Fluvanna counties. Cabell unsuccessfully contested the election results. Randolph won reelection in 1805 and during his two two-year terms he lived at the president’s house with his brother-in-law and fellow congressman, John Wayles Eppes, while Congress was in session. Randolph was a member of the Joint Committee for Enrolled Bills and in December 1806 was named the ranking member of the House’s Committee on the Prohibition of the Slave Trade after Jefferson urged Congress to pass a law outlawing the importation of slaves as of January 1, 1808. Randolph and Representative John Randolph of Roanoke (a cousin) exchanged insults on April 21, 1806, which almost resulted in a duel. Randolph decided against running for a third term, and Wilson Cary Nicholas took his place. Two years later Randolph sought reelection but lost to David Shepherd Garland.

In March 1813 Randolph became colonel of the 20th U.S. Infantry Regiment and marched his regiment to Sackets Harbor on Lake Ontario in New York, as part of the northern campaigns during the War of 1812. He served until March 13, 1814, when his resignation became effective, but he remained a lieutenant colonel of the 1st Corps D’Elite in Virginia until October of that year.

At Edgehill he turned his attention to agriculture. In 1816 Jefferson hailed Randolph’s improvement to the method of horizontal, or contour, plowing, which proved beneficial for hilly environments, and described his son-in-law as the “best farmer of the state.” A description and illustration of this “hill-side plough” appeared in the Memoirs of the Philadelphia Society for Promoting Agriculture in 1818. Randolph was a founding member and a vice president of the Agricultural Society of Albemarle, and in 1824 he published botanical observations in the American Farmer. Relations between Randolph and Jefferson became strained about 1815, probably as a consequence of Jefferson’s increased reliance on Randolph’s eldest son, Thomas Jefferson Randolph, to manage his affairs.

In 1819 Randolph won election to a one-year term to represent Albemarle County in the House of Delegates. Shortly after the assembly met it elected him to the first of three consecutive one-year terms as governor. Randolph served from December 11, 1819, to December 11, 1822. He supported the canal along the James River to improve transportation between the eastern and western regions of the state, gradual emancipation and forced emigration of slaves, improved working and living conditions at the state penitentiary, accessible education for poor children, and increased financial support for the nascent University of Virginia.

During his second term a public dispute arose between Randolph and the Council of State regarding the discharge of executive powers, especially during the governor’s absence from the capital. He publicly defended himself against accusations of being intoxicated during his tenure. After serving the maximum three consecutive terms as governor Randolph won election to the House of Delegates and served from 1823 to 1825.­­ During both terms he sat on the Committee of Schools and Colleges and chaired the Committee to Examine the State of the Penitentiary Institution. He was also a member of the Committee of Roads and Internal Navigation in his first term and of the Committee to Examine the Laws on the Subject of the Militia in his second.

Randolph had experienced significant financial stress throughout his life, beginning with his receipt of the heavily encumbered Varina plantation from his father in 1790. Old debts, bad crops, and poor financial decisions eventually obliged Randolph to sell his properties to pay his creditors. Thomas Jefferson Randolph acted as surety for the properties, selling Varina and purchasing Edgehill when it was sold in January 1826. Embittered by this act and the loss of his properties Randolph became reclusive, despite pleas from Jefferson to return to his family at Monticello.

After Jefferson’s death in July 1826, Randolph’s wife and the two youngest children lived in Boston with her daughter Ellen Wayles Randolph Coolidge and her husband Joseph Coolidge. Meanwhile, in November of that year Randolph was commissioned to survey and mark the boundary between Georgia and Florida, but he returned to Monticello six months later without completing the task. In March 1828 Randolph’s son-in-law Nicholas Philip Trist convinced him to move back to Monticello, but he chose to remain in seclusion at the North Pavilion. After an illness, Randolph reconciled with his family. He died at Monticello on June 20, 1828, and was buried near his father-in-law in the cemetery at Monticello.