In August 1751, just after he was officially appointed lieutenant governor of Virginia, Robert Dinwiddie was determined to reform the land patent process in that colony. The Crown collected a fee called a quitrent on patented lands in America, but in Virginia, it was common practice for buyers (and especially land speculators) to avoid paying the quitrent by taking out a warrant of survey on a piece of land and holding it indefinitely, without a patent. To regularize the procedure for granting land patents, and to allow the colony to profit from westward expansion, Dinwiddie argued, it would be useful to require that lands be patented immediately after survey and to charge a fee of one pistole (a Spanish coin worth about 18 shillings at that time) for each patent. Such a fee had not previously been customary in Virginia. In 1689 the Privy Council had discontinued a similar charge established by then-governor Francis Howard, baron of Effingham, on the grounds that he had not set the fee with the consent of the governor’s Council, as required by the Crown. Since then, no Virginia governor had charged for the sealing of land patents, though it was common to do so in the other North American colonies.

In April 1752 Dinwiddie obtained approval from the governor’s Council for establishing the pistole fee, so he expected little opposition. In October, to ensure the fee’s legality, he wrote the Board of Trade for its consent, which it gave in February 1753. But that spring, as news of the proposal spread, Virginians began to question whether the fee was really within the law. In Dinwiddie’s own thinking, the fee was simply an administrative charge for handling the distribution of lands that the king owned anyway; as the king’s servant the governor had the right to decide the amount of the charges. And according to royal policy, a colonial governor was allowed to determine officers’ fees with the consent of his council. But this rule had never been strictly enforced, and in Virginia, fees were usually established by the colonial legislature, so many Virginians viewed the pistole fee as illegal. In addition, opponents of the fee argued that it actually constituted a tax and, as such, should have been approved by the appropriate colonial legislature. For a governor to initiate such a charge was to abridge the established rights of colonial assemblies to initiate or defeat proposed taxes.

Resistance to the fee intensified throughout the summer and fall of 1753. Hundreds of land patents were awaiting seal in the governor’s office, and Dinwiddie’s demand that lands be patented directly after survey meant that powerful land speculators, who often held lands on warrant of survey without officially patenting them, would owe years of quitrents. William Stith, president of the College of William and Mary and chaplain of the House of Burgesses, introduced a toast, “Liberty & Property and no Pistole,” which became wildly popular throughout the colony. Burgess Richard Bland published a pamphlet, A Fragment on the Pistole Fee, Claimed by the Governor of Virginia (1753), in which he railed against the fee, calling Dinwiddie’s proposal “subversive of the Rights and Liberties of my Country.” Bland noted that while governors of other colonies might collect such fees with the approval of their legislatures, Virginians “cannot be deprived of the least part of their property without [the] consent” of the people’s representatives. In a letter to the bishop of London, Stith argued, “Our Laws have clearly settled the Methods of taking up new Lands, & prescribed the several Fees to the several Officers; wch certainly implies an Exemption from all other Fees, except those specified by Law; & the Governor might by the same Reason have demanded 10, 20, or 100 Pistoles as one.” 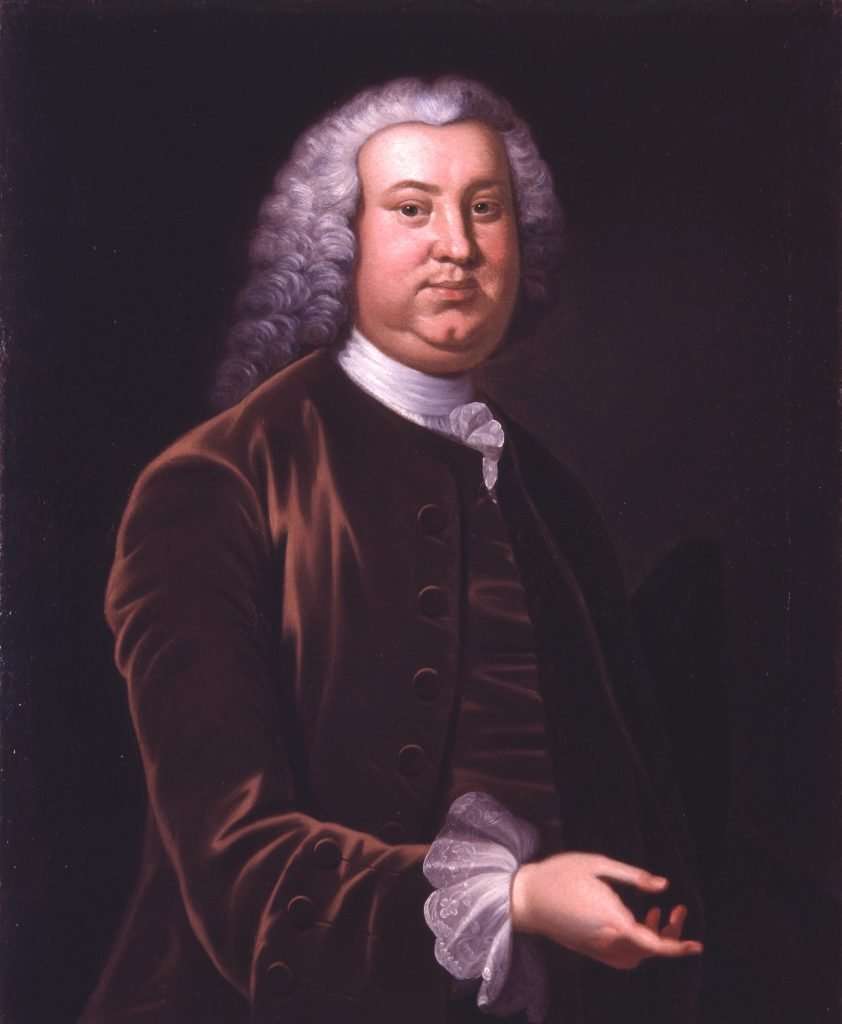 In November 1753, inhabitants of several Virginia counties—Henrico, Chesterfield, Cumberland, Albemarle, Amelia, and Dinwiddie—petitioned the House of Burgesses against the proposed new charges. During that session the House addressed Dinwiddie, asking by whose permission he had decided to levy the fee. After he replied that he had done it on his own, with the consent of the Council, the burgesses declared the fee unconstitutional and decided that an appeal should be made to the Crown. On December 15, the House appointed Peyton Randolph, Virginia’s attorney general, to present its address against the fee to the Privy Council. Meanwhile, the governor’s Council drafted an address to the Crown in support of Dinwiddie, who appointed James Abercromby to lobby in England on his behalf. 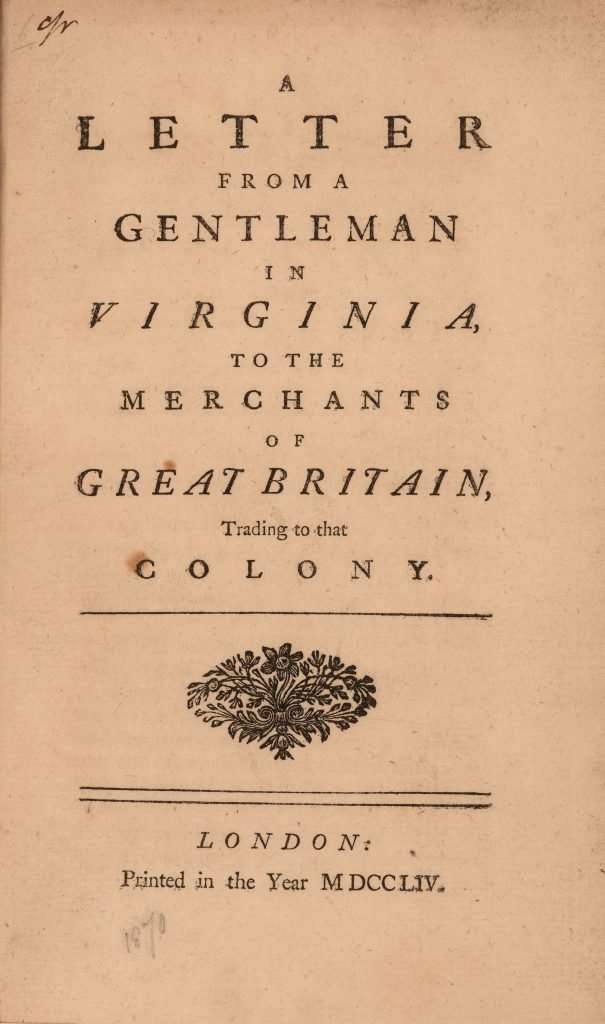 A Letter from a Gentleman in Virginia, to the Merchants of Great Britain, Trading to that Colony

The Privy Council set the pistole fee hearing for June 18, 1754. In the meantime, Abercromby and Randolph, both in London, sought support for their respective sides of the controversy. The London periodical Gentleman’s Magazine ran notices, likely supplied by Randolph, that described the dispute in terms unfavorable to Dinwiddie and fueled debate in London coffee houses; Randolph may also have arranged for the London publication of Landon Carter’s pamphlet A Letter from a Gentleman in Virginia, to the Merchants of Great Britain, Trading to that Colony (1754), in which Carter defended the power of the House of Burgesses. Abercromby sought to counter these publications by becoming acquainted with the various boards and offices that controlled colonial affairs.

When the Privy Council finally met on June 18, 1754, to consider the rival petitions from Virginia, they recommended tentatively in favor of the governor and the fee, but hedged their approval with a number of restraints: Fees were disallowed on patents initiated before April 22, 1752, when Dinwiddie had first proposed his own fee. Dinwiddie was not to charge a fee on patents for one hundred acres or less, on patents submitted by families “imported” from outside the colony, or on patents for lands west of the Alleghany Mountains. Finally, patents were limited to a thousand acres. The Privy Council sent these restraints to Dinwiddie on July 3, 1754, adding a request that he reinstate as attorney general Peyton Randolph, who Dinwiddie had dismissed when Randolph became agent for the burgesses. 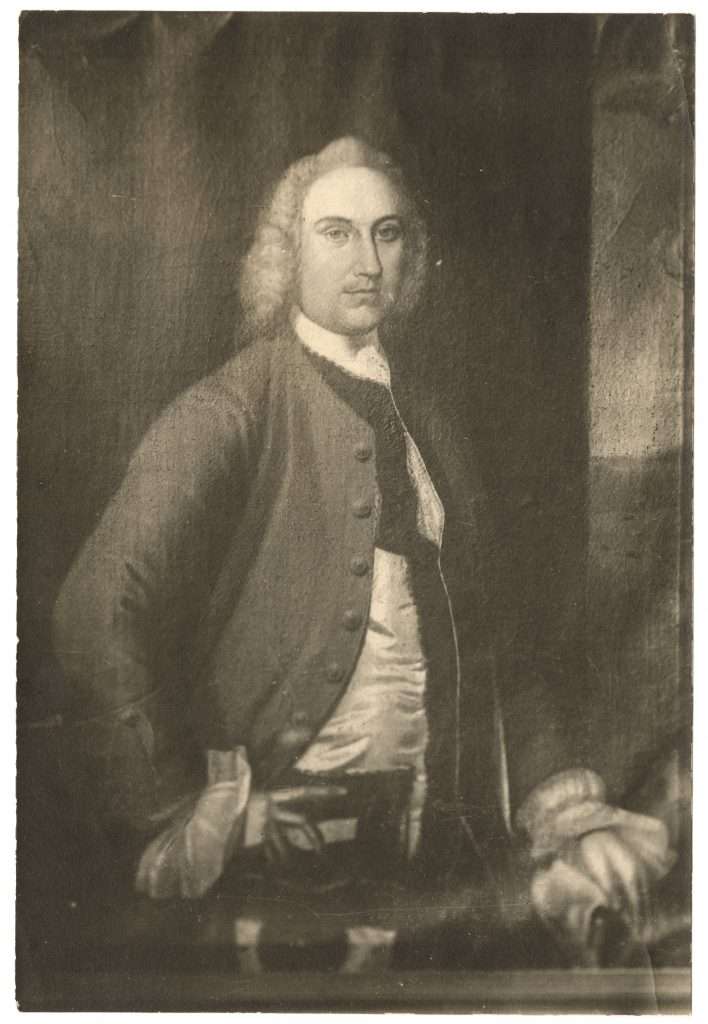 On receiving the orders from the Privy Council in October 1754, both sides accepted the decision as a workable compromise, though Dinwiddie complained that the restraints left his authority too vague. His opponents continued to imply that by not chastising Dinwiddie directly the Privy Council had virtually authorized local taxes based on English authority. Momentarily, however, both sides were satisfied. Landon Carter, hardly a gubernatorial friend, wrote that “both parties having got something, both seemed to hug themselves with victory.”

To some, the Privy Council’s orders represented “the perfect political compromise,” but to others, they were an irritant. The Council had clearly intended to appease the burgesses, but their response to the petition confirmed the right of the governor to establish fees without consulting the colonial legislature and ignored the constitutional aspect of the House’s petition. As for Dinwiddie, his attempt to establish the fee without consulting the House interrupted more than twenty years of cooperation between the Virginia legislature and its royal government. And, perhaps more destructively, the pistole fee dispute raised questions in the minds of Virginians about British authority and their rights as Americans—questions that would profoundly focus American thinking in the run-up to the American Revolution (1775–1783).