Archaeological work conducted in 1996–1997 determined that a Patawomeck settlement on Potomac Creek, where the creek empties into the Potomac River at Marlboro Point, dates to around AD 1300. The Algonquian-speakers likely intruded on the area from the north and lived behind a palisade designed to protect them from various warring groups. By 1607, when the first English colonists arrived at Jamestown, the Patawomeck lived north of Accokeek Creek on the south bank of the Potomac River. Their principal town, surrounded by a palisade, was Patawomeck. Based on accounts published in 1612 and 1624, they numbered from 160 to 200 men, and English observers suggested their tribal name translated to “trading place.”

The Patawomeck paid tribute to Powhatan, paramount chief of Tsenacomoco, a political alliance of twenty-eight to thirty-two Algonquian-speaking tribes centered on the James and Pamunkey (York) rivers. Their distance from Powhatan’s seat of power, however, and their proximity to enemies such as the Algonquian-speaking Piscataway, who lived on the Potomac’s north bank, and the Iroquoian-speaking Massawomeck, who used the river to attack from farther up north, forced the Patawomeck to play smart politics. The tribe took advantage of the protection that came with their tribute payment, yet still asserted their independence whenever possible, often playing Powhatan and the English off of each other.

English Interpreters
In November 1609, during the First Anglo-Powhatan War (1609–1614), Powhatan used a young English interpreter, Henry Spelman, to lure an English trading party into a deadly ambush. When Spelman fled Powhatan’s custody, the Patawomeck subchief Iopassus gave him refuge in the town of Passapatanzy. Around the same time the English, at the beginning of what would be a starving winter, sent Francis West on a trading mission to Passapatanzy, and the Patawomeck Indians agreed to fill West’s pinnace, the Swallow, with corn. A conflict—which anthropologist Helen C. Rountree has argued stemmed from West’s contempt for the Indians—resulted in the beheading of two Patawomeck. Spelman, meanwhile, earned the Patawomecks’ trust, which may help explain why, in April 1613, Iopassus assisted Captain Samuel Argall in kidnapping Powhatan’s daughter Pocahontas, who was visiting Passapatanzy. The Patawomeck promised to join the English in an alliance against Powhatan.

With the end of the Third Anglo-Powhatan War in 1646 and the death of Opechancanough, the English colonists took nearly complete control of Tsenacomoco’s heartland. Their encroachment into Patawomeck territory, however, did not begin in earnest until 1654, when colonists patented 12,600 acres of land in what was then Westmoreland County (later Stafford County). In 1655, the Patawomeck weroance allowed Gerrard Fowke to patent 3,000 acres along Potomac Creek, with permission to build a house, plant crops, and graze cattle. Giles Brent received similar permission for land along Aquia Creek.

By then many Patawomeck Indians had either died of disease or moved away, leaving the planters of Westmoreland County eager to take advantage of the tribe’s relative weakness. Brent overstepped the limits of his agreement and the dispute was heard in the county court in August 1658. (Brent’s mother was a Piscataway Indian; the Piscataway were traditional enemies of the Patawomeck.) In 1661 the deputy governor, Francis Moryson, worried about war with the Patawomeck, appointed a committee to mediate the dispute. In 1662, a group of Westmoreland planters—Brent, Fowke, John Lord, and Captain George Mason (great-grandfather to the Revolutionary-era George Mason)—attempted to frame the Patawomeck weroance, Wahanganoche, for murder. After the House of Burgesses appointed a special committee to deal with the situation, the chief was freed.

The planters were not deterred. In 1663 Fowke raised a militia and led it against the Patawomeck without consent of the General Assembly. The burgesses responded not only by making the county pay for the war’s expense, but also by passing legislation in September 1663 that required the Patawomeck to return any English hostages. Two years later the assembly reserved to the governor the power to appoint all tribal weroances and required that the Patawomeck sell all of their remaining land for the site of a fort. In 1666, the governor’s Council declared war on the Patawomeck, calling for “their utter destruction if possible and that their women and children and their goods … shall be taken to be disposed of.” A 1669 census recorded no Patawomeck warriors, and the tribe disappeared from all colonial records. 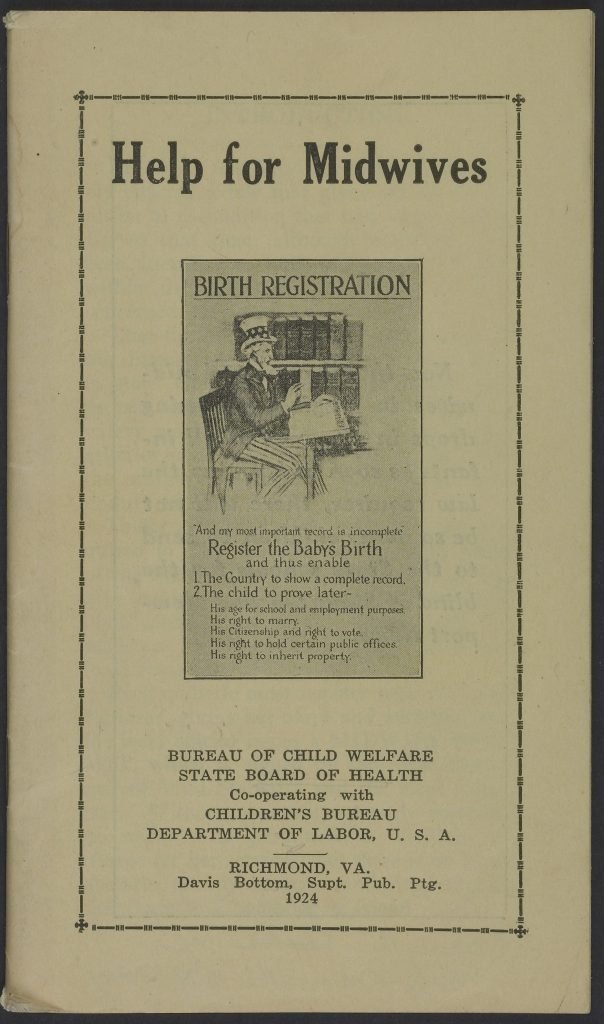 The Patawomeck remained in Virginia, mixing their native traditions with English habits and largely converting to Christianity. Like other Virginia Indians, they struggled to preserve their identity and culture from the eighteenth to the twentieth centuries. The Racial Integrity Act of 1924 and subsequent legislation banned interracial marriage in Virginia and asked for voluntary racial identifications on birth and marriage certificates. “White” was defined as having no trace of African ancestry, while all other people, including Indians, were defined as “colored.” To accommodate elite Virginians who claimed Pocahontas and John Rolfe as ancestors, the law allowed for those who had “one-sixteenth or less of the blood of the American Indian and have no other non-Caucasic blood [to] be deemed to be white persons.” It essentially erased Virginia Indians as a category of people under the law.

The tribe nevertheless took steps to assert its identity. The tribe appealed directly to the General Assembly and was granted recognition on February 16, 2010.

The tribe is governed by a chief and is based in Stafford County.

RELATED CONTENT
Categories:
MAP
TIMELINE
1300
Around this time, the first Patawomeck Indians settle on the Potomac River in present-day Stafford County.
November 1609
The young English interpreter Henry Spelman flees the custody of Powhatan and is given refuge in the town of Passapatanzy by the Patawomeck subchief Iopassus.
April 1613
Samuel Argall uses his extensive knowledge of the Potomac River—northern Chesapeake area and its Indian population to kidnap Pocahontas while she is with the Patawomeck—an event that ultimately helps to bring the devastating First Anglo-Powhatan War to a conclusion in 1614.
April 5, 1614
On or about this day, Pocahontas and John Rolfe marry in a ceremony assented to by Sir Thomas Dale and Powhatan, who sends one of her uncles to witness the ceremony. Powhatan also rescinds a standing order to attack the English wherever and whenever possible, ending the First Anglo-Powhatan War.
April 1618
The death of Powhatan, paramount chief of Tsenacomoco, is reported to the English colonists.
1619
Opechancanough likely begins pressuring the Patawomeck Indians, who live on the outskirts of Tsenacomoco, to participate in a planned attack against English settlements.
March 22, 1622
Indians under Opechancanough unleash a series of attacks that start the Second Anglo-Powhatan War. The assault was originally planned for the fall of 1621, to coincide with the redisposition of Powhatan's bones, suggesting that the attack was to be part of the final mortuary celebration for the former chief.
March 27, 1623
Nacotchtank Indians living on the Potomac River attack an English trading party and behead Henry Spelman.
May 22, 1623
Opitchapam and Opechancanough host the English on the Pamunkey River, but they are treated to tainted wine and then ambushed. Opechancanough is apparently seriously injured and disappears from English records for seven years.
Summer 1624
The English launch a devastating attack against the Pamunkey Indians, possibly with assistance from their allies, the Patawomecks.
1646
The English capture Opechancanough on the Pamunkey River. His successor, Necotowance, surrenders to the colonists, and Opechancanough is shot and killed while in English custody at Jamestown.
1654
Colonists patent 12,600 acres of land in Westmoreland County (later Stafford County), land that has traditionally been home to the Patawomeck Indians.
1655
The Patawomeck weroance allows Gerrard Fowke to patent 3,000 acres of land along Potomac Creek, with permission to build a house, plant crops, and graze cattle. Giles Brent receives similar permission for land along Aquia Creek.
August 1658
A land dispute between the Patawomeck Indians and Giles Brent is heard in Westmoreland County court.
1661
Deputy Governor Francis Moryson, worried about war with the Patawomeck Indians, appoints a special committee in the House of Burgesses to mediate a dispute between the Indians and English colonists living in Westmoreland County.
1662
A group of planters in Westmoreland County attempts to frame the Patawomeck weroance, Wahanganoche, for murder. The chief is eventually exonerated.
March 23, 1662
The House of Burgesses determines that the Patawomeck chief Wahanganoche has been unjustly accused of murder and penalizes the perpetrators, all planters in Westmoreland County. The burgesses also combine Westmoreland and Northumberland counties.
1663
Gerrard Fowke, a planter in Westmoreland County and a burgess, raises a militia and leads it against the Patawomeck Indians without the General Assembly's consent.
September 1663
In "An act concerning the Northerne Indians," the General Assembly requires the Patawomeck Indians to return English hostages taken while repelling an English attack against them.
October 1665
In "An act concerning Indians," the General Assembly, among other things, reserves to the governor the right to appoint tribal weroances, or chiefs.
October 1665
In "An act concerning the building of a ffort," the General Assembly requires that the Patawomeck sell all of their remaining land for the site of a fort.
1666
The governor's Council declares war on the Patawomeck Indians, calling for "their utter destruction if possible."
1669
A census records no warriors among the Patawomeck Indians. The tribe has disappeared from colonial records.
March 20, 1924
Governor E. Lee Trinkle signs "An act to Preserve Racial Integrity," a law aimed at protecting whiteness on the state level. It prohibits interracial marriage, defines a white person as someone who has no discernible non-white ancestry, and requires that birth and marriage certificates indicate people's races.
1996—1997
Archaeologists from the William and Mary Center for Archaeological Research conduct research at a Patawomeck site on Potomac Creek in Stafford County, dating it to sometime around AD 1300.
February 16, 2010
Virginia extends state recognition to the Patawomeck Indian Tribe of Virginia, the Nottoway Indian Tribe of Virginia, and the Cheroenhaka (Nottoway) Indian Tribe.
FURTHER READING
CITE THIS ENTRY